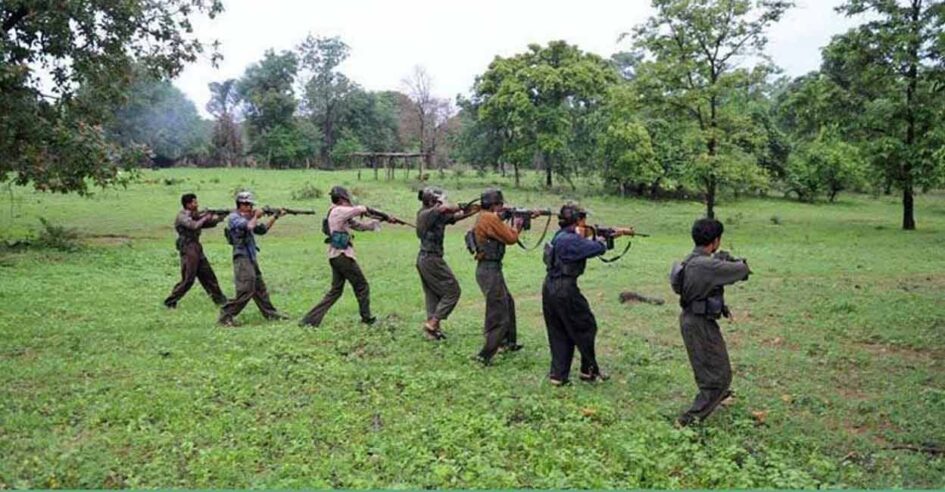 Dantewada District, March 15, 2022: Two women cadres of the CPI (Maoist) were killed in an encounter with security forces in Chhattisgarh’s Dantewada district on Tuesday, police said, adding that two 12-bore rifles and one country-made weapon were recovered from the spot.

Inspector general of police, Bastar range, Sunderaj P, in a statement said that a search operation was launched by joint teams comprising Dantewada and Sukma police based on information about the presence of a local area squad of the Communist Party of India (Maoist) members of the Pedaras and Katekalyan Area Committees in the jungles of Jiyakortha, Gorli, Mutheli and Danikortha.

“At around 11.30am, there was an exchange of fire between Maoists and security forces in between the jungles of Gorli and Mutheli under Katekalyan police station of Dantewada district. After the encounter, we recovered dead bodies of two female Maoist cadres from the encounter spot,” the IG said in his statement.

Police said that according to the preliminary identification report, one of the deceased cadres is LOS Commander of Pandaras, Manjula, and the other one is Gangi Punem, who was a team member of the Divisional Committee of the CPI (Maoist).

No harm was reported to security personnel in the operation, the IG said, adding that the search operation was still underway.

On Monday, an Indo-Tibetan Border Police (ITBP) official was killed and two jawans were injured in separate incidents of IED blasts planted by Maoists in Narayanpur district.