20 years of U.S. crimes against humanity in Guantánamo 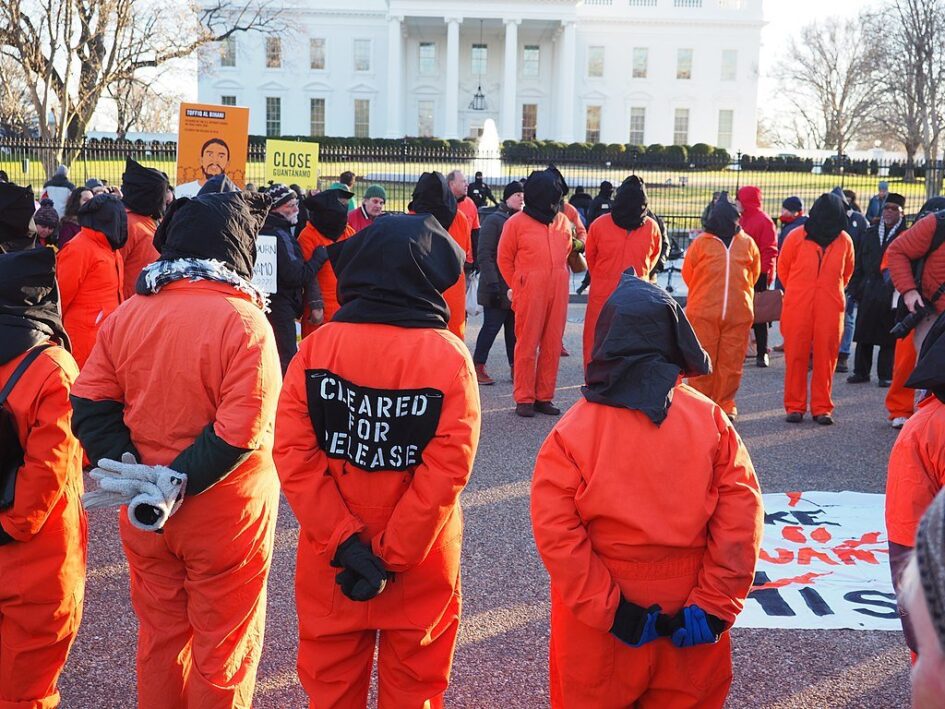 In Cuba on January 11, 2002, an infamous torture chamber and maximum security prison was established that to this day has held men completely stripped of their rights. They have been tortured to extract forced confessions, denied their religion, denied visitors, denied due process. They have never faced trial nor even been charged with a crime.

But it is not Cuba that imprisons or brutalizes these men.

The U.S. government runs Guantánamo prison on Cuban soil, territory illegally held since 1898. The reason these men are held outside the United States is simple: Washington reserves the right to ignore U.S. and international law as it engages in the most barbaric and inhumane torture of the prisoners to extract “confessions.”

But avoiding U.S. territorial jurisdiction still makes the prisoners’ incarceration and torture a crime against humanity.

On Jan. 11 twenty years ago, four months after the 9/11 Twin Towers attack and one year before the Pentagon began the bombing and occupation of Iraq, the CIA brought the first 20 prisoners to the U.S. military base at Guantánamo.

It began with the “endless war on terrorism” pronounced by George Bush in September 2001. Thousands of men and even boys were then illegally captured from dozens of countries, in a massive ultra-secret operation. These kidnapped individuals were accused of participating in various terror attacks on the United States.

They were taken to secret “rendition” prisons in countries allied with the U.S.: Poland, Lithuania, Romania, Kosovo, Czech Republic, Thailand and many other places unknown to this day. There they were subjected to frightening torture to force them to confess to crimes that the U.S. had no evidence for.

Then, when the U.S. prison at the U.S. Naval Base in Guantánamo was refurbished to hold the kidnapped prisoners, they were flown there, in the southeastern part of Cuba.

Up to 780 men and boys as young as 13 have been held under maximum security for 20 years. They were captured from almost 50 countries, with most originating in Afghanistan, Saudi Arabia, Yemen, Pakistan, China and Algeria.

Only nine were ever charged. All were tortured. All were denied the most basic right of due process and a trial. Now some 39 men remain, with five being granted a transfer to another country by Biden on January 12. After 20 years of unlawful imprisonment, whether they will be transferred remains to be seen.

In one account of Guantánamo psychological torture, journalist Richard Medhurst cites former prisoner Mansour Adayfi about the guards’ treatment: “They used to take the Holy Quran, put it under their feet and pee on it; place us in the ‘satanic room.’”

The stories that have emerged of the imprisoned men’s experiences — after relentless work by their defense attorneys and journalists — are harrowing. Waterboarding, shackling in excruciating positions, sleep deprivation, sexual assault, mock execution, exposure to cold and other methods of torture have been revealed as ghastly crimes against humanity.

In the current trial at Guantánamo of the five men in the capital-murder case related to 9/11, extraordinary efforts are being employed to keep the truth of the tortures and forced confessions buried. Rules of evidence are non-existent. The parties in the trial are kept behind glass while all the pre-trial testimony is electronically delayed by 40 seconds to allow censors to block out information it deems “classified national security.”

Defendant Khalid Sheikh Mohammed was waterboarded 183 times, both at the rendition sites and at Guantánamo. He is one of the defendants in the death-penalty trial. After years of delay, the trial began in September 2021. In November, pre-trial hearings for the case exposed for the first time that FBI agents were secretly assigned to become CIA agents to take part in the interrogation sessions.

In U.S. and worldwide protests on January 11, activists held public actions mimicking the notorious scenes of the imprisoned men dressed in orange, hooded in black and shackled. The universal demand of the human rights activists is shutting down Guantánamo prison and freeing the remaining prisoners.

Many activists on January 11 also called for Cuba’s territory to be returned immediately and for Cuba’s sovereignty to be respected.

Cuba’s revolutionary government has long protested the illegal U.S. military occupation of Guantánamo, roughly 47 square miles of the strategic entrance to the harbor and land surrounding it.

In 1902, four years after the U.S. took possession of Cuba, Puerto Rico, the Philippines and Guam from Spain, it agreed to withdraw its troops from Cuba only after onerous demands were accepted by Cuban leaders. The Cubans had been engaged in a fierce and successful war of independence from Spain that took place from 1895 to 1898. Then using the pretext of the USS Maine explosion in Havana harbor and the deaths of 270 U.S. sailors on board, President McKinley declared war on Spain.

Thus Cuba’s independence was ripped away. The U.S. possession of Spain’s former colonies in 1898 is considered the dawn of U.S. imperialism.

Four years later, knowing its occupation of Cuba was untenable given the Cuban people’s intense opposition to the occupation, the U.S. made superficial gestures to allow Cuba to become a republic.

The 1902 Cuban constitution was drawn up in Washington, including a section called the Platt Amendment. It affirmed the U.S. right to invade Cuba militarily whenever U.S. interests were threatened. The U.S. sent in the Marines four times between 1902 and 1912.

The Platt amendment also said the U.S. had the right to set up “coaling or naval stations” on the island. U.S. military ships at the time used coal, a very heavy fuel. Guantánamo was picked to serve as a fueling point for U.S. military actions abroad.

The Platt Amendment was an extremely bitter pill for the Cuban people to swallow, with the ever-present threat of invasion that loomed over their heads.

In 1934 after a revolutionary uprising forced the destitution of U.S.-backed dictator Gerardo Machado, U.S. imperialism removed the Platt amendment as a concession. But it has refused to abandon Guantánamo to this day. The Cuban government and people continue to demand Cuba’s rightful claim to its own land.

Fidel Castro, historic leader of the Cuban Revolution, said in 1962, “The U.S. Naval Base in Guantánamo Bay is a dagger in the heart of the Cuban territory … a base that we will not remove by force, but it is a land that we will never give up.”

On Tuesday, Cuba’s President Miguel Díaz-Canel issued a message on social media: “It is now 20 years of scandalous abuses on Cuban territory illegally occupied in Guantanamo Bay by the greatest violator of human rights in the world.”

Vaccines must be the property of humanity, not for monopoly profit

The death penalty is a barbarous stain on our humanity

“Only international cooperation and solidarity will save humanity”