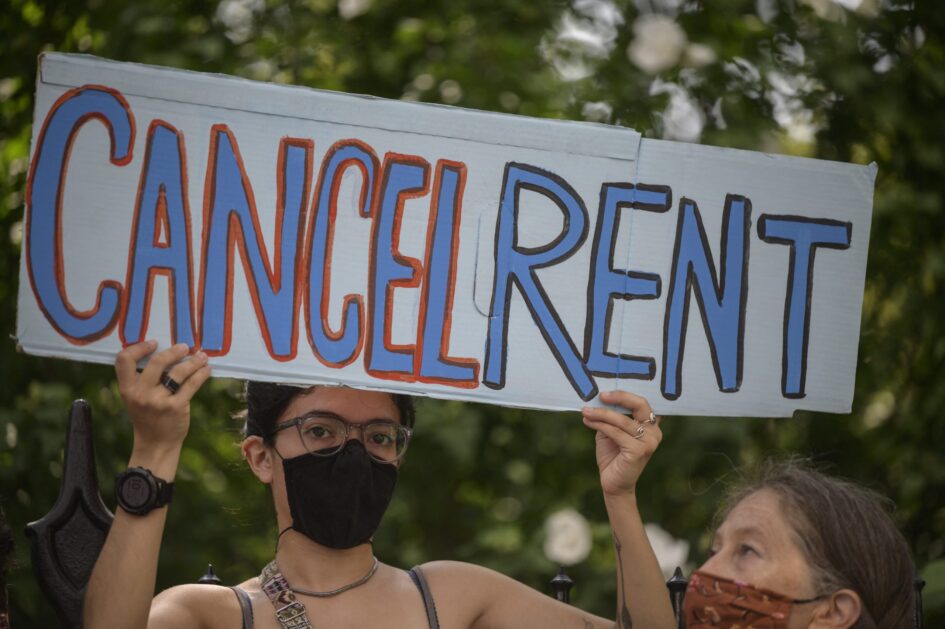 Baltimore housing advocates say they are “devastated” by the Supreme Court’s decision to strike down the Centers for Disease Control and Prevention’s (CDC) eviction moratorium. The reason for the decision, which was announced late Thursday and given by way of an unsigned, eight-page opinion, was that Congress must approve such a measure.

“There are 129,000 Maryland families behind on rent, 25,000 Baltimore City families behind on rent and facing eviction, usually through no fault of their own,” Matt Hill, attorney for the Public Justice Center told The Real News. “It’s going to force them to live in crowded spaces and exacerbate the spread of COVID-19 Delta variant.”

Every US county has “high” transmission according to the CDC. At the same time, the vast majority of the $46.5 billion allocated by Congress for rental assistance has yet to be distributed. Those funds, housing advocates have argued, would be more than enough to cover the estimated $20 billion owed in back rent to landlords.

For weeks, housing advocates have called on Hogan to extend the state’s eviction moratorium, which only blocked evictions for those who could prove their inability to pay was related to the pandemic, until infrastructure is in place to distribute rental assistance. That moratorium expired on Aug. 15.

Almost 90% of federal rental assistance funds remain unspent, including 85% of Maryland’s available funds. The state was allocated over $400 million but has just spent $59.5 million, with another $36.5 million in progress, according to an online dashboard.

The White House called on Congress to pass an eviction moratorium, and on Wednesday announced new steps to help renters and landlords hit hard by the COVID-19 pandemic, including moves by the Treasury Department to reduce documentation requirements to get emergency rental assistance flowing to hundreds of thousands of applicants stuck in administrative processing bottlenecks.

The Treasury also warned state and local governments that have failed to provide relief payments to at-risk renters and landlords that they could lose funding to jurisdictions that were doing a better job disbursing those funds.

Hill says that Maryland, which has a Democratic supermajority in the General Assembly, and Baltimore, with its Democratic Mayor Brandon Scott, needs to take action now to help renters. “We need action on all fronts, not more outrage and not more handwringing.”

“The General Assembly can call a special session to do the same. Baltimore city can expedite the rental assistance money faster and implement its eviction diversion program and fully funded implementation of the Access to Counsel in Eviction law,” he said.

Hill encouraged Baltimore to consider programs like those implemented in cities like Santa Fe and Houston, which, as the American Prospect reported, cut evictions in half by rapidly distributing money directly into the hands of those who needed it, with no strings attached.

“It gives people a basic amount of money to keep themselves going,” said Santa Fe Mayor Alan Webber in a press conference. “It reduces stress. And it gives them respect, dignity, and agency, and tells them we trust you to do the right thing for your family.”