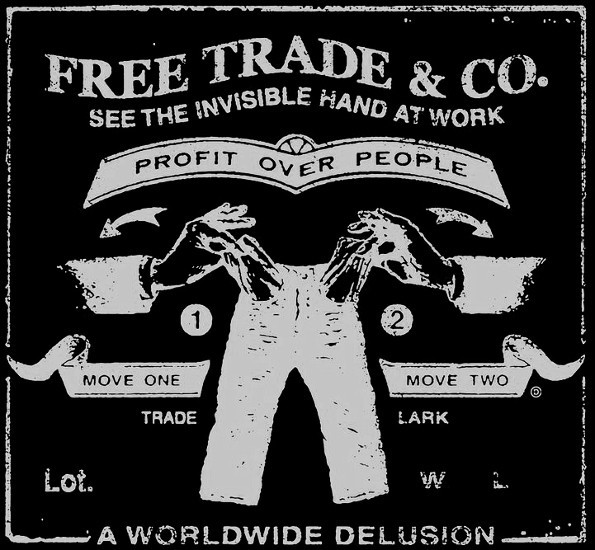 I am not sure I fully understand the argument in Andrea Ricci’s, “Value and Unequal Exchange in International Trade” in its entirety, so bear with me as I wade through it.

But, let me offer this first impression on his book as a whole.

While several people asked me about my opinion on chapter 4 of the book, which concerns his particular take on Marx’s theory of money, I found this difficult to do without actually delving into his complete discussion from the beginning.

In my opinion, this is not a problem with Ricci’s book, but arises from the fact that he may be breaking new ground in his effort. The essay as a whole  proposes to demonstrate the necessity of unequal exchange as a fact in the world economy at a level of detail not understood previously.

This, I find very interesting, but, I do have a problem with Ricci’s approach.

Ricci believes his study contradicts the prevailing dogma within the field of political-economy that,

“trade liberalization would be the optimal policy for every country at all times regardless of the level of economic development because international trade enriches, and never impoverishes, the country under all possible circumstances by maximizing the static and dynamic allocative efficiency.” (Ricci, pg. 20)

Regardless of the level of development?

Under all possible circumstances?

Straw man arguments composed of absolute statements like this are clearly posed for purposes of being easily disproved. (The bar for Marx’s labor theory of value should be set so low by these academics.)

In this sense, Ricci appears to have written a disappointing monograph, however pathbreaking.

So, let’s assume, instead, the very opposite of this dogma: namely, that trade liberalization is never the optimal policy for any country, no matter its level of economic development, because it mostly tends to impoverish and immiserate its citizens.

Yet, communists have long advocated for free trade — for what is today called trade liberalization.

Perhaps, because, as Margaret Thatcher put it so indelicately, there is no alternative.

Hence, we arrive at this statement by Marx:

But, in general, the protective system of our day is conservative, while the free trade system is destructive. It breaks up old nationalities and pushes the antagonism of the proletariat and the bourgeoisie to the extreme point. In a word, the free trade system hastens the social revolution. It is in this revolutionary sense alone, gentlemen, that I vote in favor of free trade.

According to Marx, then, if you want a social revolution, you want trade liberalization, no matter the consequences.

No matter the consequences.

Because there is no alternative.

There is nothing to be gained by protectionism in any form for the proletarians; there is nothing for them to lose by trade liberalization … but their chains.