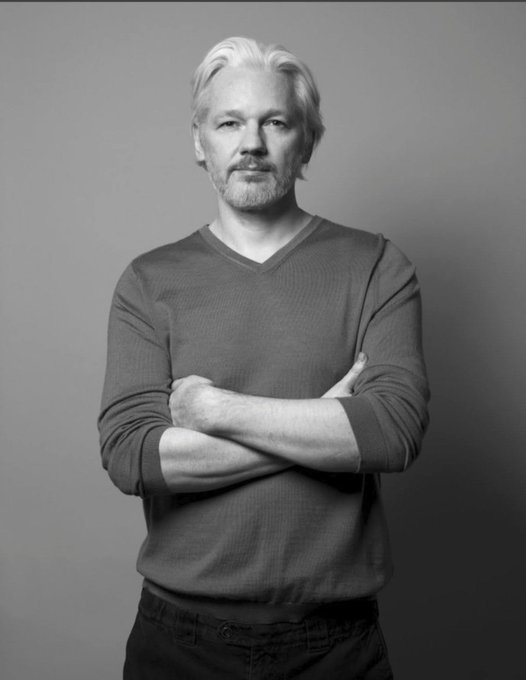 The New York Times continues to selectively promote news that fits the Establishment narrative. The NYT portrays the nine-year sentence of the Russian “opposition leader” Aleksei Navalny to a high-security prison as a travesty of justice. Was it unjust? If so, justice must be demanded. What I can comment on is a factual inaccuracy by the NYT: Navalny is not the opposition leader. His party has zero seats in the State Duma. The opposition party is the Communist Party of the Russian Federation with 57 seats. Navalny’s party, Russia of the Future, has zero seats. Russia of the Future remains unregistered as a political party. This is an unassailable point for the NYT given that democracy in the US is such that the Communist Party and Communism has been outlawed since the days of president Dwight Eisenhower. 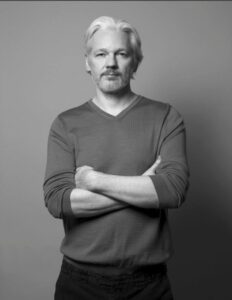 A clearcut travesty of justice is the case of the political prisoner Julian Assange. He is imprisoned for having carried out his job as a publisher at WikiLeaks: informing the public by publishing facts. WikiLeaks has a publication record which under normal circumstances would make the NYT green with envy: WikiLeaks is “perfect in document authentication and resistance to all censorship attempts.” But the NYT is not about accuracy in publication.

WikiLeak’s perfect publication record includes revealing the war crimes of the United States; for this, the US Establishment placed a target on Assange’s back.

NYT, which once collaborated with WikiLeaks to publish stories, notes that Navalny — who was tried and convicted — has been held in captivity for more than a year.

Assange — who has been tried and convicted of breach of bail stemming from fraudulent Swedish charges; since Sweden refused to guarantee non-extradition to the US, Assange sought asylum in the Ecuadorian embassy, subsequent events have borne out Assange’s fear — has been under one form of incarceration or another since January 2011.

In 2017, Navalny was found guilty at a retrial for embezzlement and given a five-year suspended prison sentence. He was later imprisoned for breaching the terms of his probation. In his latest trial, he was again found guilty of having embezzled people’s money. The NYT, however, paints the verdict as a move to extend Navalny’s time in prison.

Assange has only been found guilty of the relatively minor violation of breaching bail. Nonetheless, the period of his detention began with bogus charges of rape and sexual molestation cooked up by Swedish authorities. It is not difficult to join the dots and arrive at the logical conclusion that were it not for the initial fraudulent allegations against him, Assange would never have been placed into detention in the first place, and he would not be facing extradition to the US where he could sit in prison for as much as 175 years — for doing something for which he should be saluted by humanity: exposing war crimes.

Assange represents another nail in the coffin of the worthlessness of the Nobel Peace Prize, an award that has previously been conferred upon war criminals and other miscreants.

NYT is not focused on the miscarriage of justice against Assange even though the abuse of justice in Assange’s case puts its own “journalists” at risk of persecution should they reveal grave crimes of state.

Russia, the US-designated ennemi du jour, is an easy target for the NYT. Therefore, even though Navalny is a convicted criminal, he is deemed worthy of support by the NYT. Navalny is an enemy of an enemy, that plus his animus against Russian president Vladimir Putin makes him a friend for the US Establishment. Given this cozy arrangement, the NYT is free to cast aspersions on the Russian judge, Margarita Kotova, insinuating that her recent promotion is linked with the judicial finding against Navalny.

Emma Arbuthnot, who presided over Assange’s extradition case from late 2017 until mid-2019 was accused of a conflict of interest since her husband is “a former Conservative defense minister with extensive links to the British military and intelligence community exposed by WikiLeaks.” She did not recuse herself, and the legal Establishment in Britain did not have her removed from the case. In one ruling, Arbuthnot showed her true colors by dismissing a United Nations working group’s assessment that Assange was being arbitrarily detained.

Arbuthnot’s subordinate, judge Vanessa Baraitser, took over the Assange case and ruled that he should not be extradited for reasons of mental harm. However, she also stated that she believed Assange to be guilty, providing an opening for an American appeal, which the US won.

Assange’s appeal of that appeal was rejected. It seems that the appellate court accepted the Biden administration’s pledge not to confine Assange under the austerest conditions reserved for high-security prisoners and, should he be convicted, to allow him to serve his sentence in his native Australia.

On the other hand, there is verifiable evidence that the assassination and kidnapping of Assange was discussed at the highest levels of the CIA.

Expressing sympathy for Navalny, the NYT rued that he might be “moved to a higher-security prison farther from Moscow, making it harder for his lawyers and family to visit him.”

Meanwhile Assange, unaccused of any violent offense, is being held in the maximum security Belmarsh prison in England — about 15,000 km away from his birthplace in Australia.

The NYT mentions concerns for the life of Navalny. This concern is ostensibly missing for Assange’s incarceration in Belmarsh. Given that the British judge found imprisonment a mental health danger for Assange, it is a stark contradiction to keep him in prison where his mental health would remain at risk while awaiting the justice system’s outcome. It speaks clearly to the travesty of justice Assange has endured.

The NYT’s shoddy journalism emerges again and again. Only recently it had to admit it had suppressed the story of what’s on the laptop of president Joe Biden’s son, Hunter. What was initially dismissed as Russian disinformation turned out to be Russiagate disinformation.

It shines a spotlight on who overwhelmingly provoked the Russian invasion of Ukraine.

Grotesquely, the mother of all rogue nations, the US, led/cajoled its subservient Canadian, European, Japanese, South Korean, among other accomplices to sanction Russia (unilateral sanctions have been denounced by independent UN human rights experts who declared the right to development “an inalienable human right”) while the instigator goes unsanctioned.

Navalny deserves justice as much as any other person on the planet. If an injustice has been meted out to Navalny, then that must be corrected. The present thesis examines who the NYT deems worthy or unworthy of propping up. NYT’s “opposition leader” in Russia is without any party members in the Russian State Duma. Navalny compares in many respects to the hapless Juan Guaidó, a wannabe president of Venezuela, who the US backs and recognizes as president of Venezuela. To bring about a government amenable to American dictates in Venezuela, president Obama declared Venezuela a national security threat and sanctioned seven Venezuelan officials in 2015. Human rights expert Alfred de Zayas, who is highly critical of NYT coverage of Venezuela, estimated that at least 100,000 Venezuelans having died because of US sanctions. Mark Weisbrot and Jeffrey Sachs contend that the US sanctions “fit the definition of collective punishment of the civilian population as described in both the Geneva and Hague international conventions, to which the US is a signatory.”

One victim who has not been found worthy of mention in the NYT is 16-year-old Palestinian Nader Rayan who was gunned down by Israeli border police troops. Israel’s Haaretz had the gumption to publish a piece describing the corpse of Nader Rayan:

strewn with deep, bleeding bullet wounds, his flesh is bare, his brain is spilling out, his head and face are perforated. Border Police troops shot him with pathological madness, in a rage, savagely, without restraint. His father counted 12 bullet wounds in his son’s body, all of them deep, large, oozing blood. Head, chest, stomach, back, legs and arms: There’s not a part of his son’s body without a large, gaping hole in it.

Nothing can justify this repeated shooting of a teenager who was running for his life, certainly not once he was hit and lay wounded on the road. Not even if the initial Border Police account, which for some reason was magically altered the following week – that the youth or his friend shot at the troops – is correct. Nothing can justify such unhinged shooting at a youth.

One can glean an understanding for NYT’s concern or lack of concern for humanity by comparing how it feted and eulogized genocidaire and former US secretary-of-state Madeleine Albright who blithely agreed with half a million Iraqi kids serving as sacrificial lambs for US policy objectives.

Russians, according to the NYT, have responded with insouciance to Navalny’s predicament.

Conversely, Julian Assange has garnered worldwide attention and support. Despite this, he is being subjected to a slow-motion assassination. As long as Assange draws air, there is still time for a tidal wave of humanity to drown out the injustice. It may seem unfair that one political prisoner, Julian Assange, has so much of progressivists’ attention focused on his release, but Assange is crucial in making known the crimes of state and revealing the plight of other people wrongfully imprisoned or unjustly targeted by the state.

How to stop the extradition of Assange? For instance, shutting down any airport that would seek to fly Assange to the US. Protestors in Hong Kong managed to shut down their airport, so it can be done. If enough people would surround Belmarsh prison preventing entry or exit, such a mass movement signal would be a signal. The trucker convoy with its supporters disrupted Ottawa and borders in Canada for weeks, and it had an effect because soon afterwards many provincial governments relented on the mandates. So it can be done. The protests caused the Canadian government to resort to an extremely draconian Emergencies Act and siphon people’s bank accounts. Forcing the state to turn to repressive measures is contradictorily a victory for protestors. The battle for justice will not and must not be over until Assange and all others falsely imprisoned are released. Conscience demands it.

Kim Petersen is a scuba diver, independent writer, and former co-editor of the Dissident Voice newsletter. He can be emailed at: kimohp at gmail.com. Twitter: @kimpetersen. Read other articles by Kim.

The life and times of a ‘revolutionary hillbilly’

Progressive taxation for our times

Reading Lord of the Rings in the end times