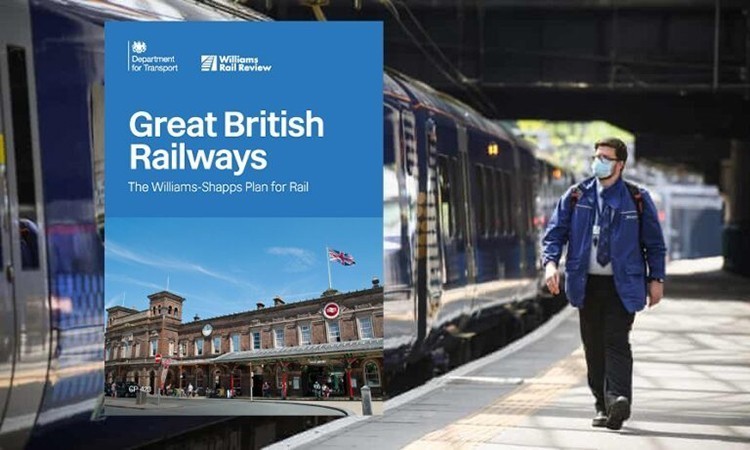 The train operating company Southeastern, run by Go-Ahead, is the southeast’s railway franchise holder. Or at least it was until transport secretary Grant Shapps abruptly withdrew the franchise amid a welter of fraud allegations, sending Go-Ahead’s share values down by 25 percent.

The main allegations concern advance payments made to the company to cover track access fees for its use of the High Speed 1 line from London to Kent. It turned out that the fees were lower than anticipated, meaning that there was left over a hefty slice of cash which should have been paid back to the public purse and never was. Somehow the company ‘forgot’ to return the excess to the government, withholding more than £25m over a period of seven years.

This raid on taxpayers’ money was not a complicated or obscure trick. Any child sent out to get shopping and tempted to spend the change on gobstoppers will grasp the issue. Yet it is supposedly only now that this gross fraud, a fraud extending all the way back to October 2014, has been spotted by the transport department. This signifies either gross incompetence or effective complicity on the part of the government.

The truth is that it has suited successive governments to turn a blind eye to the dodgy finances rife throughout the privatised rail network. So long as their pals in the City were able to keep quietly milking the exchequer and grabbing lucrative contracts, governments of all stripes were happy to be kept in the (self-imposed) dark.

But now, with the rail service turned into a laughing stock by the serial failure of franchise holders to make good on their contractual obligations and the consequent descent of the industry into chronic chaos and unfettered greed, the government feels obliged to beat a tactical retreat from full privatisation and needs a scapegoat to cover this embarrassing volteface.

It looks as if Go-Ahead has had the misfortune to be the one stuck carrying the can when the music stopped. But Go-Ahead’s little fiddle needs to be seen in the context of 25 years of maladministration of the rail industry in private hands.

An article by Robert Lea in the Times helpfully rehearsed the most salient scandals that have dogged the industry since privatisation, spawning ten or more official reviews (achieving nothing).

“Quite when the great rail privatisation experiment began to unravel would be a good examination question for trainspotting historians of the future.

“Was it in the first wave of failures two decades ago when Connex, the French company, proved incapable of running commuter services in southern and southeastern England?

“Was it when the Blair government took back the running of train franchises from its third-party, arm’s-length Strategic Rail Authority?

“Was it when National Express in 2009, and Virgin Stagecoach in 2018, were unable to make enough money on the east coast main line to fulfil their financial promises to the Treasury and their shareholders?

“Was it the multiple occasions — best illustrated by the 2012 fiasco in the Virgin Trains v FirstGroup battle for the right to run the west coast main line — that bidders spent millions on consultants putting in franchise offers where the numbers did not stack up?

“Was it the disaster of merging Thameslink and Southern in a franchise launched in 2015 with insufficient train drivers? The 2018 timetable change that brought the national network to a standstill? The departure from UK railways of National Express and Stagecoach as they found their relationships with the Department for Transport to be too dysfunctional?” (Is it the end of the line for privatised railways? by Robert Lea, 28 September 2021)

The dog’s dinner that Shapps is serving up as an alternative to the present mess is unlikely to please anyone, neither hide-bound Tory backwoods men with an ideological allergy to any form of state intervention at all nor the travelling public who, when polled, overwhelmingly come down in favour of full renationalisation.

Shapps’s plan is to create something grandiosely titled Great British Railways to take control of track maintenance, sell tickets, decide on timetables and fix prices. But the actual services are perversely still to be run by privateers, on a fixed-profit basis.

How this will work in practice is still shrouded in mystery, as Lea points out in the same article. “The full details of what their big new idea — a Great British Railways with train contractors — will look like is mired in an alphabet spaghetti of emergency recovery measures agreements (ERMAs) and national rail contracts (NRCs) that eventually will morph into passenger service contracts (PSCs).”

In what essentials these PSCs will differ from the present TOCs (train operating companies) is not yet clear. It is claimed that there will still be scope for competition and investment. But until the railways are fully renationalised there will remain an insoluble contradiction between the need to provide a service for the population and the need to generate maximum profit for the privateers, a contradiction which in the end always favours the latter.

The long decline of British imperialism

All-out strike is a go: scaffolders at Scunthorpe’s British Steel – News from the Frontline

The Age of Chatham House and the British Roots of NATO

Contempt for migrants is being enshrined into British law