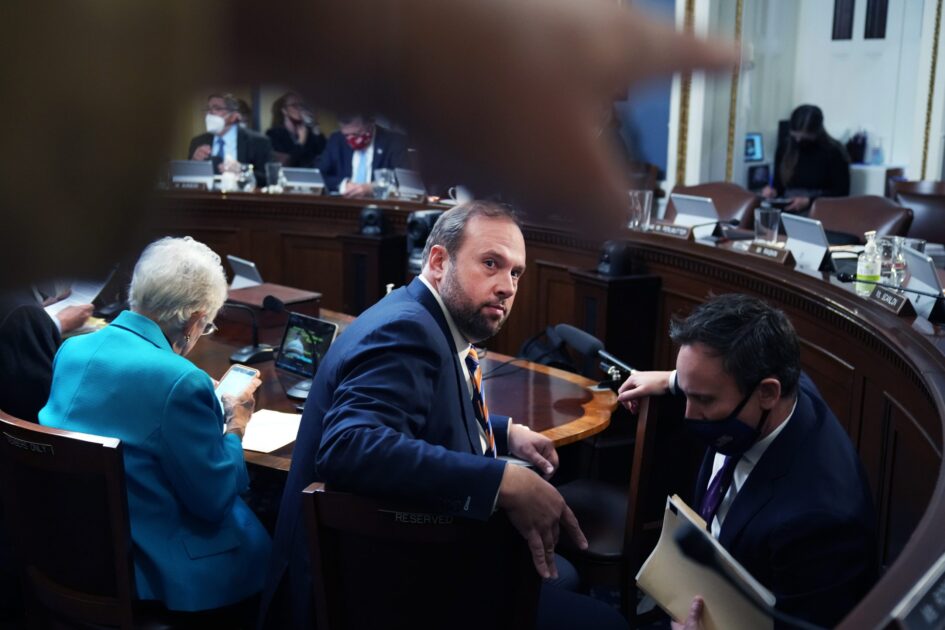 This story originally appeared in Truthout on Jan. 18, 2023. It is shared here with permission.

Analyses show that a majority of the House Republicans’ newly chosen committee chairs – people who will have a huge hand in setting the priorities for the House over the next two years – have participated in the extremely dangerous and anti-democratic GOP practice of election denial.

As first pointed out by HuffPost, 11 of the 17 new committee chairs were among the 147 Republicans who voted against certifying the results of the 2020 presidential election. Further, 12 of the new chairs had signed onto an amicus brief filed with the Supreme Court in 2020 seeking to overturn the will of the voters in Georgia, Michigan, Pennsylvania and Wisconsin, where a majority of voters voted for President Joe Biden.

These lawmakers will be in charge of committees that will help write and pass legislation and hold hearings concerning the climate crisis, immigration rights, social and budgetary priorities, and the future of U.S. democracy itself – a future that they wanted to undermine in 2020 and on January 6, 2021, in trying to carry through Donald Trump’s coup attempt.

It is alarming that Republicans would give people who have shown themselves to be vehemently anti-democratic and willing to ignore the will of millions of voters such power in the House. Rather than condemning the anti-democratic sentiment among their caucus, Republican Party leaders are giving it even more power and a louder voice in the House.

Though every chairmanship from an election denier is concerning from a democratic standpoint, some figures have especially raised alarm.

Jim Jordan’s chairmanship of the Judiciary Committee, for instance, is particularly insidious, commentators have pointed out. Jordan appeared to have played a key role in supporting the January 6 attack on the Capitol and ended up being one of the four House Republicans who were referred to the House Ethics Committee for their refusal to comply with the January 6 committee’s subpoenas.

“The GOP House leadership – via the GOP Steering Committee that chooses committee chairs – not only didn’t punish Jordan, it elevated him to chairman of the Judiciary Committee,” wrote CNN columnist Dean Obeidallah this week. Jordan has “no place as a House committee chairman,” Obeidallah wrote.

Obeidallah also raised concerns about Homeland Security’s Mark Green, who was once nominated by Trump as Army Secretary. Green has a history of spewing noxious anti-LGBTQ and Islamophobic speech – speech that was so hateful that even fellow Republicans denounced it, which led Green to withdraw his nomination.

The fact that committee chairs were given to not just election deniers, but some of the Republican caucus’s more hateful and extremist members, could further indicate the Republican Party’s hard turn to the right in recent years.

Political commentators have observed other absurd and concerning aspects of the Republican picks for committee chairs and their committee assignments at large.

There seems to be an unsurprisingly sexist bent to the committee leadership assignments and the caucus at large, which is chosen in part by support from Republican leaders on the campaign trail. As Insider pointed out, the number of men named “Mike” or “Michael” who will be chairing committees far outnumber the number of women appointed to serve as committee chairs in the GOP-controlled House.

Meanwhile, Republican leaders have voted unanimously to allow fascist Rep. Marjorie Taylor Greene to serve on the Committee on Homeland Security, which was created to protect the U.S. against terrorist attacks – not unlike the January 6 attack on the seat of the U.S. government, which Greene has boasted she would have “won” if she were in charge of it.

Greene was also chosen to serve on the House Oversight Committee, one of the most powerful committees in the House, which oversees federal agencies and officials that Greene has spread debunked conspiracy theories about. Other far right Republicans like Representatives Paul Gosar (Arizona), Scott Perry (Pennsylvania) and Lauren Boebert (Colorado) were also picked to serve on the oversight committee.