A New Social and Ecological Compass for Europe 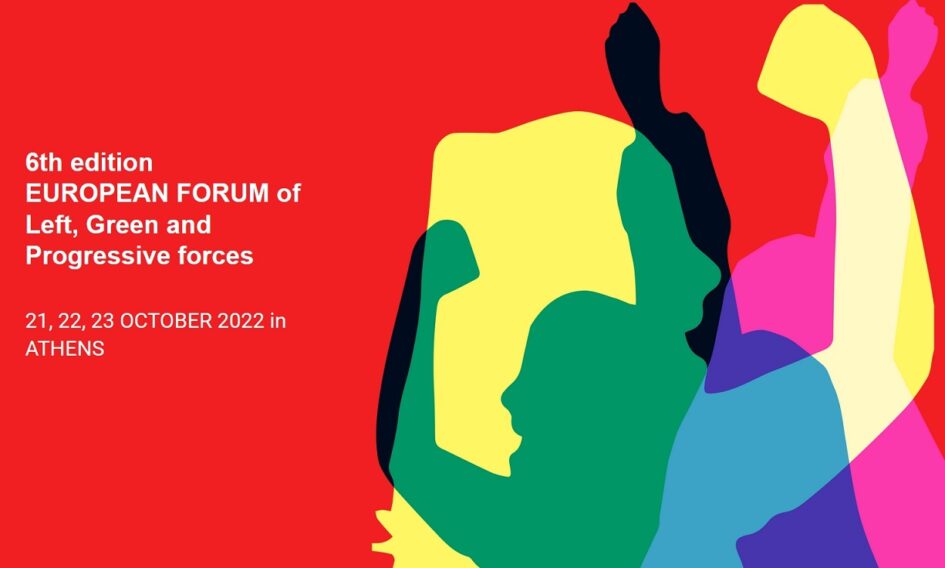 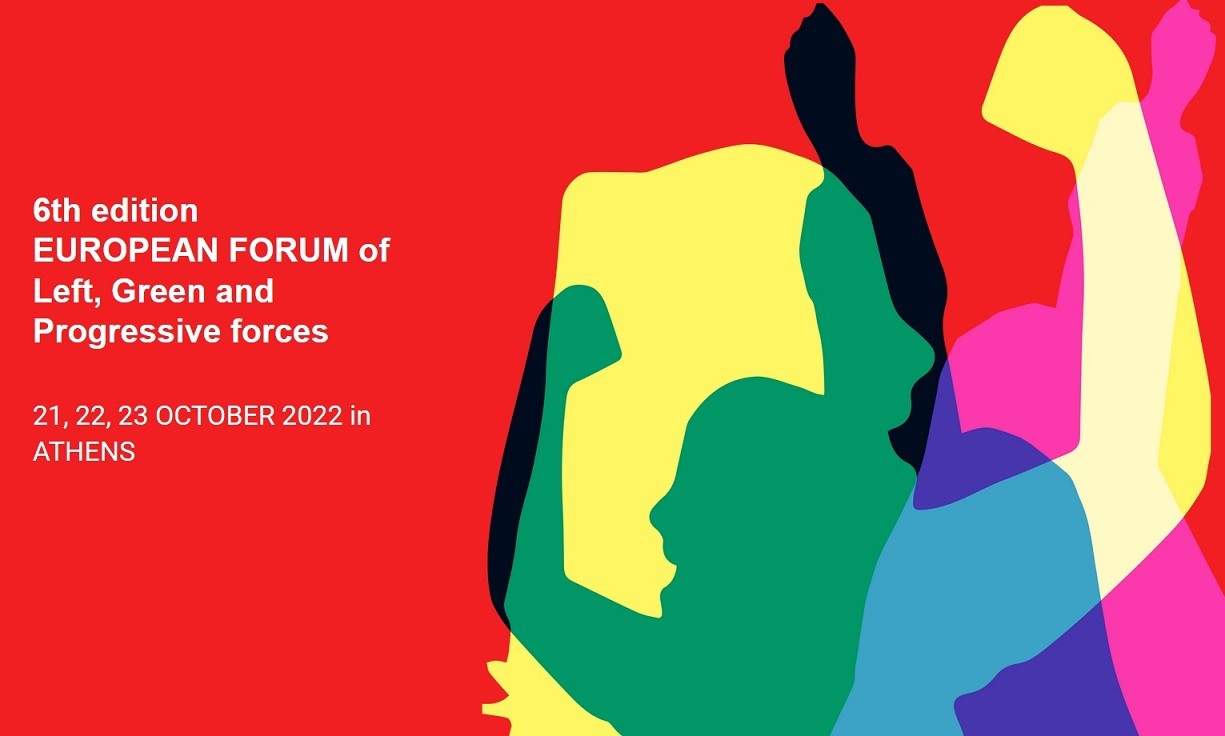 Jari Järvenpää reports from Plenary Session I “A New Social and Environmental Compass for Europe”, held in Athens in October 2022 in the framework of the 6th European Forum of Left, Green and Progressive Forces.

Syriza MEP Petros Kokkalis pointed out that we are at a historic turning point where the old answers no longer work. The crises constitute a broad, systemic problem that is being transmitted through the media in the form of climate crisis events, food insecurity, energy crisis and security policy issues. Behind all this is ‘cannibalistic global capitalism’. Kokkalis stressed that we need to end global poverty, discrimination and make the energy system sustainable. If we want to see a future at all, we must invest in this change. We need to create a sustainable development packt that goes beyond the traditional constraints of the economy. A universal basic income for all will guarantee people a minimum income and personal carbon budgeting will put us on a level playing field, regardless of wealth disparities.

Claudia Horn, researcher at the LSE, shared her insight on the Brazilian elections and the EU-Mercosur trade agreement. The upcoming presidential elections are not just any elections, but a battle over the state of democracy and environmental protection in Brazil. One part of this is the EU-Mercosur trade agreement, which would remove tariffs on meat production, among other things, which is Brazil’s biggest growing export. The agreement threatens to increase land use for the meat industry, push local communities into an increasingly difficult situation and increase deforestation in the fragile Amazon rainforest. Horn emphasized the EU should take the green transition seriously in the Global South and support it.

Aida Sopi Niang brought greetings from Senegal, where she holds the office of deputy mayor of Dakar. Niang explained how crises that seem local and European, such as the Russian war in Ukraine, are in reality also global crises and are visible in everyday life in Senegal and elsewhere. Examples of this are the food supply problems caused by the war. The impact of the war on cereal supplies has pushed up the price of many basic foodstuffs in Senegal several times over. Many are starving. The EU’s fishing and mining industries have also caused many problems for the region’s traders. Fishing has virtually stopped in many places, with waters polluted by the mining industry. Thus, the extractive industries required by the green transition are also directly visible in Senegal.

Marga Ferré, Vice President of Transform!Europe, stressed that the EU is almost imperceptibly and undemocratically pursuing an ever more intransigent foreign and security policy in the world. The EU’s new Strategic Compass for Security and Defence, adopted in April, is a surprisingly harsh rhetoric, the language of power politics. At the same time, the EU’s policies would also contradict to international law and the UN’s democratic decision-making system. The EU should stick to the democratic system and not transfer decisions within the military alliance NATO. Ferré also pointed out that the rising cost of living is not a ”natural consequence”. It is perfectly possible to tax the rich, raise wages, intervene in the energy market, stop war, tackle climate change. It is merely a matter of decisions.

Gregory T. Cushman – ‘Guano and the Opening of the Pacific World: A Global Ecological History’

How We Got Here: Ecological Restoration’s Surprising History