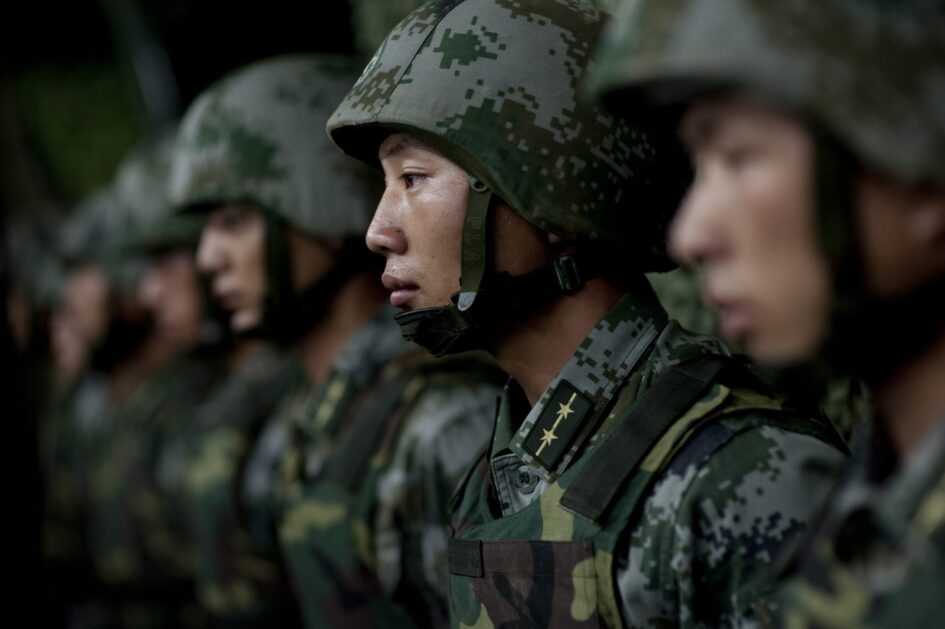 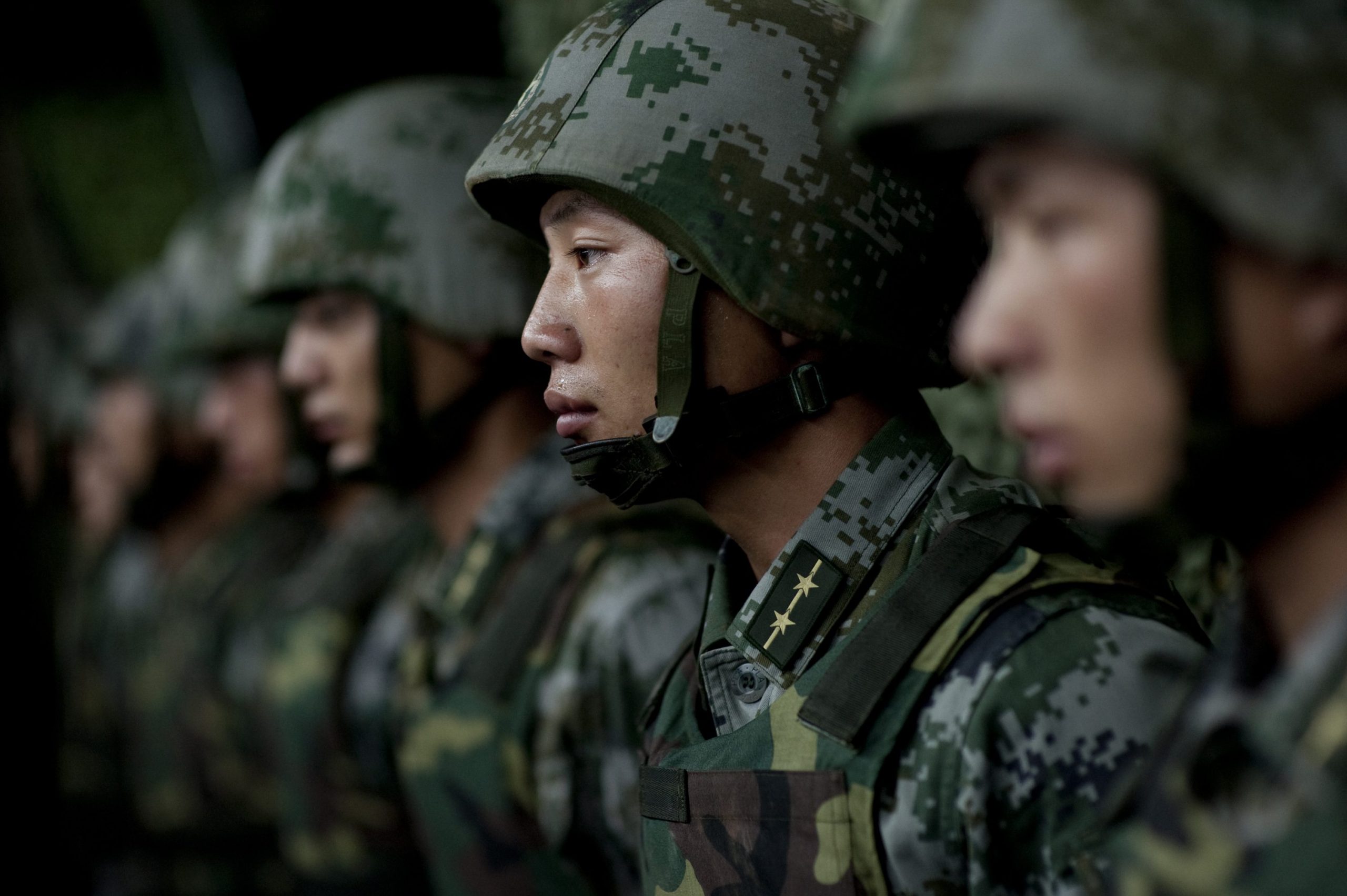 Above Photo: Soldiers of the Chinese People’s Liberation Army – 2011. (Chairman of the Joint Chiefs of Staff / Wikimedia Commons)

How the media is misrepresenting what’s in the document.

“China to Have 1,500 Nuclear Warheads by 2035: Pentagon.” That was the headline at ABC News on November 29, the day the Department of Defense released the 2022 edition of its annual report on “Military and Security Developments Involving the People’s Republic of China,” also called the China Military Power report. The Pentagon’s claim that China’s nuclear stockpile would jump from some 400 warheads today to an estimated 1,500 in 2035 was widely reported in the popular media and seized upon by military hawks in Congress to clamor for increased military spending. During the first two weeks of December, the House and Senate authorized a fiscal year 2023 Pentagon Budget of $858 billion—some $45 billion more than President Biden requested, with most of the added funds earmarked for weaponry to counter China.

With many in Washington now citing the Pentagon’s claims of a Chinese nuclear buildup to justify the further expansion of America’s already vast nuclear arsenal, it is essential to interrogate these assertions lest we all be caught up in a new, profoundly dangerous arms race. In particular, we need to ask three vital questions: First, to what degree have the news media and US politicians accurately summarized the latest report’s findings? Second, to what degree should we assume the Pentagon assertions to be reliable? Finally, what conclusions should we draw from all of this regarding the size and nature of America’s own nuclear arsenal?

Starting with the first of these, it’s apparent that the headlines and political commentaries often exaggerate or misrepresent what’s in the Pentagon document. CNN, for example, stated on November 29 that, according to the report, the People’s Republic of China (PRC) doubled the size of its nuclear arsenal from 200 warheads in 2020 to 400 in 2022 “and could have some 1,500 nuclear warheads by 2035 if they continue to expand their stockpile at the current pace.” But while one can certainly find such assertions in the report, they are usually accompanied by qualifiers that rarely appear in the media accounts.

Take the assertion that China’s nuclear stockpile jumped from 200 to 400 warheads between 2020 and 2022. Read carefully in the report, and the sole substantiation for this claim is a statement that “Beijing probably accelerated its nuclear expansion” in 2021, resulting in the higher warhead count. Probably? Perhaps it did so, but no evidence is provided for this. In any case, the word “probably” does not appear in any of the prominent media accounts.

Yet it is on this unsubstantiated claim—that Beijing “probably” accelerated its stockpile expansion in 2021—that the Pentagon now concludes, by extrapolating additional 200-warhead gains going forward, that the PRC will possess approximately 1,500 warheads by 2035. The report states, “If China continues the pace of its nuclear expansion, it will likely field a stockpile of about 1,500 warheads by 2035” (emphasis added.) Once again, the word “likely” does not appear in media summaries of the report.

The Pentagon report also bases its estimate of 1,500 Chinese warheads on the assumption that Beijing will succeed in vastly increasing its production of weapons-grade uranium and plutonium. It acknowledges, however, that this will require the construction of new reactors and reprocessing facilities. The Chinese are said to be building nuclear facilities for civilian use that will also be capable of supplying the military’s warhead requirements, but with no assurances that this will prove to be the case. All we are told is that “China is establishing new nuclear production and reprocessing facilities very likely to support its nuclear forces expansion” (emphasis added). But none of this essential background information, or its qualifier, has appeared in the media coverage of the Pentagon report, so the claim that the PRC will possess 1,500 warheads by 2035 is pure speculation—and should be identified as such.

That the news media would chose to highlight the most sensational claims found in the Pentagon’s 2022 report on China is hardly surprising, given its propensity to generate attention-grabbing headlines. But the same exoneration cannot be extended to the Pentagon itself when it provides distorted or misleading information, of which there is plenty.

Take, for example, the Pentagon’s claim that “the PRC’s ICBM [intercontinental ballistic missile] arsenal consists of approximately 300 ICBMs.” This is three times the number provided in the 2021 edition of this report, and would be a genuine source of concern if true. But the 2022 report provides no evidence for this massive increase in China’s ICBM arsenal, nor does it provide an inventory of China’s ICBM stockpile. The statement also conflicts with most non-government experts’ estimates of China’s ICBM stockpile. Hans Kristensen and Matt Korda of the Federation of American Scientists, in the most recent edition of their highly regarded inventory of “Chinese Nuclear Weapons,” identify only 110 true ICBMs in the Chinese arsenal, along with several hundred ballistic missiles of less-than-intercontinental range. The Department of Defense probably combined all these types to arrive at its 300 ICBM count, but this is misleading and inaccurate.

Or take the Pentagon’s discussion of China’s efforts to field a fully operational nuclear “triad”—a retaliatory system composed of three independent delivery systems: ICBMs, missile-firing nuclear submarines (SSBNs), and long-range strategic bombers. The United States has deployed such a tripartite system since the 1960s and, under a $1.8 trillion program initiated by the Obama administration, is now replacing each “leg” of that triad with new, more capable weapons. The PRC, however, has largely relied on its small fleet of ICBMs to deter an enemy’s nuclear attack, along with an even smaller fleet of missile submarines and long-range bombers. Now, says the Pentagon, Beijing is engaged in the rapid “modernization, diversification, and expansion” of its nuclear force—but the sparse information it provides to support that assertion fails to convince.

China’s existing SSBN fleet consists of six Jin-class (Type-094) submarines, which “likely” only began near-continuous at-sea deterrence patrols in 2021. (By comparison, the US first began continuous at-sea deterrence patrols by missile-armed submarines in 1959.) These subs, moreover, carry JL-2 missiles, which have a range of only 4,300 miles (compared to the 7,400-mile range of comparable US missiles), so must be positioned east of Hawaii to strike targets in the eastern US—making them highly vulnerable to highly potent US anti-submarine forces while en route. The PRC is now in the process of developing a new, more capable SSBN, the Type-096, which will be armed with a longer-range missile, the JL-3. But there is no evidence of haste in this endeavor. Type-096 submarines “will likely begin construction in the early 2020s,” the Pentagon report states, with no indication of when they might enter service; no information is provided on when the JL-3 might become operational.

An absence of haste is also evident in China’s effort to modernize the bomber component of its triad. Its only long-range bomber, the H-6, is a Chinese variant of the Soviet Tu-16 bomber, which dates from the 1950s; the Chinese have upgraded the aircraft over the years, but it was only in 2020 that they deployed a version that can be refueled in flight, the H-6N, allowing it to fly intercontinental distances. This version is said to feature external pylons that will allow it to carry air-launched ballistic missiles “that may be nuclear capable,” but no information is provided on the future availability of such a projectile.

Add all this up, and a correct assessment of China’s triad efforts should read: “The PRC is gradually assembling the rudiments of a fully operational nuclear triad, but is not likely to achieve this objective until the early 2030s, at the soonest”—language entirely absent from the Pentagon assessment.

No Cause For Panic

But if China is in no apparent haste to expand and modernize its nuclear arsenal, there is no doubt that is seeking to make improvements to its existing capabilities—as are Russia and the United States. Exactly what the PRC intends in this process is something of a mystery, as senior Chinese officials have not spoken on the issue, but most US and Chinese academic experts suspect that Beijing seeks to enhance its second-strike retaliatory capabilities in light of US improvements in both its offensive and defensive nuclear capabilities. These efforts, however, have been underway for several years now and are proceeding at a measured pace—not in a rapid frenzy, as suggested by the Department of Defense.

And even if China is modernizing and augmenting its nuclear force, this should not be taken as a cause for panic in Washington and used to justify an expansion of America’s own nuclear arsenal. Even if the Pentagon is right, and China has doubled the size of its nuclear weapons stockpile from 200 to 400 warheads over the past two years, China’s relatively modest stockpile must be viewed against the estimated 5,400 warheads in the US arsenal and 5,980 in the Russian stockpile. And should China manage to overcome the current limitations to its nuclear weapons production capacity and actually assemble 1,500 warheads by 2035—no sure thing—its arsenal will still be dwarfed by those of Russia and the United States.

Assuming, then, that the United States adheres to a nuclear deterrence strategy that relies on maintenance of a secure second-strike retaliatory capability to deter an enemy first strike, it has no reason to fear China’s nuclear modernization plans and no need to acquire additional atomic munitions on top of those already encompassed in the Pentagon’s massive $1.8 trillion modernization scheme—which many analysts believe is excessive to begin with. What is needed are high-level US-Chinese conversations on how to reduce the risks of miscalculation and inadvertent escalation brought about by the simultaneous modernization of both countries’ nuclear arsenals and their increasingly combative stance over Taiwan and other key issues.

Russia and China demand investigation into Pentagon-funded ‘biolabs’ In Ukraine

What the Pentagon Doesn’t Want You to Know About China

A frenzy of NATO propaganda

[Audio] Black Struggle and the Right-Wing Frenzy Over CRT