A second comment on Ricci’s strange argument on MELT … 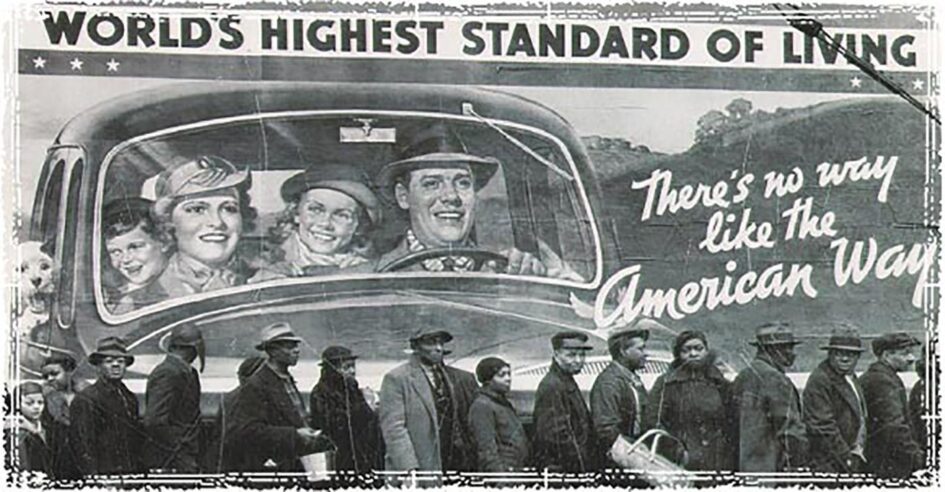 Consider this statement by Andrea Ricci in his monograph, “Value and Unequal Exchange in International Trade”:

Marxist debate has focused on the commodity nature of money, and in particular on whether Marx’s assumption of gold as money-commodity is essential to the labour theory of value. If so, the definitive demonetization of gold in the 1970s would make Marx’s original formulation obsolete.

Why would the alleged demonetization of gold in the 1970s make Marx’s original formulation obsolete if Marx’s assumption that a particular commodity (in this case gold) was the money-commodity is essential to his labor theory of value?

There are two questions buried here:

First, did the end of the Bretton Woods system mean that gold was no longer money.

This seems to be what Ricci is trying to imply with his use of the term, demonetization?

Demonetization occurs when the state no longer legally recognizes an object as money within its borders, but it could also seem to imply that money is what the state says it is.

Using this flawed logic, we could say gold was not money until states actually adopted the gold standard. Yet we know for a fact that this was not true. The use of gold and silver as money long predates the gold standard.

So how can the fact that in 1971 the United States no longer chose to honor its commitments to redeem its dollars for gold under the Bretton Woods agreement imply that gold was no longer money?

Second, Ricci’s answer to the question of whether the end of the Bretton Woods agreement made Marx’s original formulation obsolete rests, at least tentatively at this point, on the idea that any number of different commodities could serve as money in Marx’s labor theory of value.

Marx chose gold not because he thought only gold could be money, but in order to simplify his argument.

In this way, Ricci has figured out an rather unorthodox way of sidestepping a conclusion that, in truth, threatens the very validity of Marx’s labor theory of value.

First, Ricci argues that, in a capitalist society, money is, by its very nature, a commodity. This, of course, seems to follow Marx’s famous statement that,“Gold and silver are not by nature money, but money consists by its nature of gold and silver.”

But, says Ricci, when Marx refers to gold as his commodity-money in Capital, he does this only for the sake of simplicity. There is no theoretical necessity behind his choice of gold, as opposed to — say — silver or copper or cowrie shells or tally sticks, etc.

Each of these objects could have served in place of gold in Marx’s example.

Money must be a commodity, says Ricci, from which he arrives at a surprising conclusion:

What commodity serves as money at any point is not our concern; the nature of money is. Thus, a valueless, inconvertible state-issued fiat currency must also be a commodity-money — an admittedly peculiar one, of course.

He calls it a non-capitalist commodity money, but fiat is a commodity-money nonetheless, according to Ricci.

(I give the intellectual gymnastics of this thought exercise a 9.3 — eat your heart out, Simone Biles!)

According to Ricci, when gold was demonetized — again, allegedly — a hard commodity, whose exchange relation to other commodities was determined by the socially necessary labor time required for its production, was replaced by a commodity whose relation to other commodities is mediated by a specific set of rules, an algorithm: the monetary expression of labor time, M.E.L.T.

These rules, Ricci explains, like the exchange values of commodities in Marx’s theory, express the equivalent conversion ratio that exists at any given time between quantity of socially necessary abstract labour objectified in commodities and inconvertible fiat currency.

In other words, Ricci is attempting to broker a compromise between the value-form school and its ever-so-slightly more orthodox opponents — if any of that dying species still exists.

Ricci will concede that money must be a commodity, if they will only concede that the state is as much a producer of commodities as autoworkers, waitresses and coal-miners.

“You load sixteen tons, and what do you get?”

This compromise accepts that money must be a commodity as Marx held, but it also holds that a peculiar “commodity-money” can be created by the fascist state on a printing press in much the same way as that more familiar paper commodity, The New York Times, is produced on a printing press to be sold in the market.

Or, for those who are more at home in the Digital Age, in theory, Ricci’s digital commodity-dollars could be streamed on a computer screen in pretty much the same way you stream digital-commodities from Netflix, when you are supposed to be working from home.

The only difference between the two forms of money-commodity is in the mode of expression of the intrinsic measure of value, which in the case of gold is immediate as the abstract labour time socially necessary to produce one unit of it, while in the case of fiat money it is mediated by the monetary expression of labour time or MELT. The MELT as the real measure of value expresses the equivalent conversion ratio that exists at a given time between the intrinsic unit of measurement in labour time and the extrinsic unit of measurement in money.

But Ricci does seem to be overlooking several problems, I think. Ricci didn’t have to go through these mental gymnastics to offer his compromise. There was an easier solution to this riddle.

And it is not as though the value-form school doesn’t know Marx made this prediction; they just choose to pretend it didn’t happen.

To give one of the most notorious example of erasing Marx prediction from the historical record, we need go no further than Michael Heinrich’s 2013 Monthly Review essay, “Crisis Theory, the Law of the Tendency of the Profit Rate to Fall, and Marx’s Studies in the 1870s”, which I am sure Ricci read.

In that essay, we find these words:

In the so-called “Fragment on Machines,” one finds an outline of a theory of capitalist collapse. With the increasing application of science and technology in the capitalist production process, “the immediate labour performed by man himself” is no longer important, but rather “the appropriation of his own general productive power,” which leads Marx to a sweeping conclusion: “As soon as labour in its immediate form has ceased to be the great source of wealth, labour time ceases and must cease to be its measure, and therefore exchange value [must cease to be the measure] of use value. The surplus labour of the masses has ceased to be the condition for the development of general wealth, just as the non-labour of the few has ceased to be the condition for the development of the general powers of the human head. As a result, production based upon exchange value collapses.”

I am sure Ricci realizes that the phrase “production based upon exchange value” means production based on commodity-money. There is no other possible interpretation for this phrase, since exchange value is, in Marx’s labor theory of value, precisely the function played by the commodity serving as the money in a transaction.

In other words, more or less at the same time as Marx wrote that money by its nature was gold or silver, Marx also was predicting that production based on gold or silver money must collapse.

A fuller restatement of Marx theory of money might be:

Money must be a commodity, but production based upon money is doomed.

For the dimwitted in my audience, let me be clear: Marx was predicting that the collapse of commodity production was inevitable. Somehow, value-form scholars like Ricci still haven’t gotten this memo, or they choose to ignore it for the convenience of their self-deluding arguments.

The prediction is pretty clear.

To falsify Marx’s Labor Theory of Value all you have to do is demonstrate that the prediction did not materialize.

We need a lot less effort by people like Ricci to blatantly revise Marx’s categories to fit their convenient narratives and more effort to actually falsify Marx’s actual prediction.