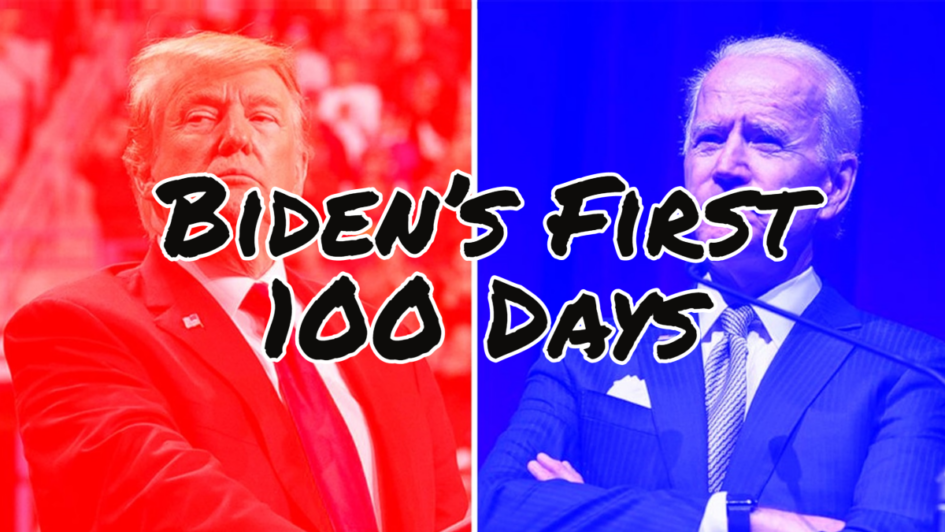 The first 100 days of an American president’s term can set the tone of the entire administration, it can be a crucial litmus test to repair or continue the work of the former president and redress key policy issues especially in a time of crisis. In such a crisis as the COVID-19 pandemic and its subsequent recession as well as waves of police brutality and right-wing extremism, the eyes of the entire nation eagerly watched President Joseph Biden’s arrival in the White House after the anti-democratic four-year blunder that was Donald Trump’s presidency. The first 100 days have shown us what a Biden presidency will look like—abandoned promises, and the continuing separation of American political life from the desires of working people.

Immediately after a clear electoral victory, (though still denied by the petty-bourgeois and renegade Trumpites), Biden immediately, like Obama, abandoned all left-leaning campaign  rhetoric for that of national “unity” and of “reaching across the aisle.” On the campaign trail, Biden put forward several policies from the progressive playbook to appeal to predominantly younger voters blighted with student debt and underemployment, who in great numbers voted for Bernie Sanders. Among these quick concessions, Biden also announced his opposition to several reforms too far-reaching for the ruling class to permit, declaring “I am not a socialist, I defeated the socialist.” Even these paltry, abandoned reforms do not come close at all to having excised the deepening inequality and poverty in American society in the era of pandemic capitalism.

The rejection of a federal decriminalization of cannabis for recreational use came as no surprise for the presidential candidate who, as Senator, sponsored an infamous Crime Bill that increased mandatory minimum sentences for drug use, increased funding for national police departments, and incentivized incarceration over rehabilitation. This stance flies in the face of the 68% of Americans that favor legalization. Thirty-four states have passed some form of legalization of cannabis for either recreational or medicinal use, but full legalization to all states is denied due to the absence of federal legislation and the resistance put up by Democrat and Republican politicians. It is yet another example of the will of the overwhelming majority of american people being entirely excluded from our supposed democratic institutions.

The question of single-payer healthcare is much the same: 63% of Americans support some form of single-payer as of 2020, up from 59% in 2019. With record unemployment and Newt Gingrich’s brainchild, Obamacare, which requires recipients pay back premium discounts during tax season, the iniquities of for-profit healthcare have been utterly exposed during the COVID-19 pandemic, when thousands died without coverage, many faced bankruptcy, and hospitals buckled under high demand.

Biden also declared his opposition to the Green New Deal, days before his running mate denied that fracking would be banned in a Biden/Harris administration. Here the “Democrat” is once again at odds with his party’s namesake, as 60% of voters polled in 2020 denoted their support for the Green New Deal in some capacity, with only 11% with an undecided view. It must be stressed that this reflects only the voting body, a mere 66.2% of eligible voters; a number that excludes millions that have been disenfranchised on felony charges or by failed democratic promises in the past. On foreign policy as well, Biden’s administration is far too akin to his predecessor, with his support for the unelected Juan Guaido as president of Venezuela, ordering new airstrikes in Syria, continuing to provide assistance to Saudi Arabia’s war in Yemen, and approving more support for Israel’s genocidal campaign into Palestine with a $700 million dollar sale of arms in the midst of the bombing campaign. President Biden fulfills at least one promise from the campaign trail, “Nothing will fundamentally change.”

American workers have grown accustomed to the promises of the campaign trail quickly evaporating. In early and mid-January, Biden favored $2,000 third stimulus checks to be released as an emergency measure to address the record income disparities, increasing costs of living, and record unemployment in the middle of a pandemic. Yet only a week into his administration Biden had already reneged on his pledge and supported an amendment to his relief bill that called for $1,400 stimulus payments instead. Observing the policy’s popularity from Bernie Sanders’ campaign, Biden also pledged support for an increase to the federal minimum wage to $15 and in the drafted relief bill, that measure was included, until red democrat Joe Manchin blocked the measure, preventing the 51 votes necessary. Such is the result of “vote blue no matter who.”

Biden also supported a mask mandate to combat the upswing in COVID-19 cases and no such legislation has been passed. On immigration, Biden proposed a moratorium on deportations, claiming that no one would be deported in his first 100 days and yet, by day 29, an estimated 26,248 people had been deported with no moratorium or restriction issued since. Biden’s VP, Kamala Harris, in an address in Guatemala, told victims of American imperialism “don’t come, I believe you will be turned back.” Finally, one key reform swapped from Sanders as forgiving federal student loan debt which can easily be accomplished via executive order was given a great deal of lip service but Biden has not lifted a finger in that regard and slowly walked back the amount to be forgiven from all, to $20,000, to $5,000.

The pundits and supporters of Biden deflect all criticism behind arguments of time, “realism,” and dreaded Republican obstruction, even though they hold a majority in both houses with the VP’s tie-breaking vote. What a gift it is to the ruling class to have all these tricks and fall backs and excuses to confuse, appease, and divide the working class, but all this bluster is over the incontrovertible fact that American capitalism is in crisis. Biden backed his way into the candidacy after the DNC machine churned Sanders out with its strawmen, superdelegates, closed primaries, skewed fundraising, and the impact of the COVID-19 pandemic. The simple truth after 100 days is that workers in the US will increasingly face economic difficulty, working multiple jobs just to survive and will find no true solutions in the more “civil,” moderate government of Joe Biden. From the other side, the insurrectionist fascists will not be held back by ice-cream chewing dawdler who surf into office on name recognition, identity politics, and the virtue of not being a Republican. For the workers of the US, and for the victims of US imperialism around the world, the need for a workers revolutionary alternative, outside of capitalism, has never been greater. Only working democracy that erodes class and class antagonisms is capable of providing a consistently prosperous society and the answers to climate change, imperialism, and fascism.

‹ PCOF — On the 150th Anniversary, Let Us Follow in the Footsteps of the Communards
Members of the APL: What a Revolutionary Pride Means to Us ›

The Socialist Olympics of 1936