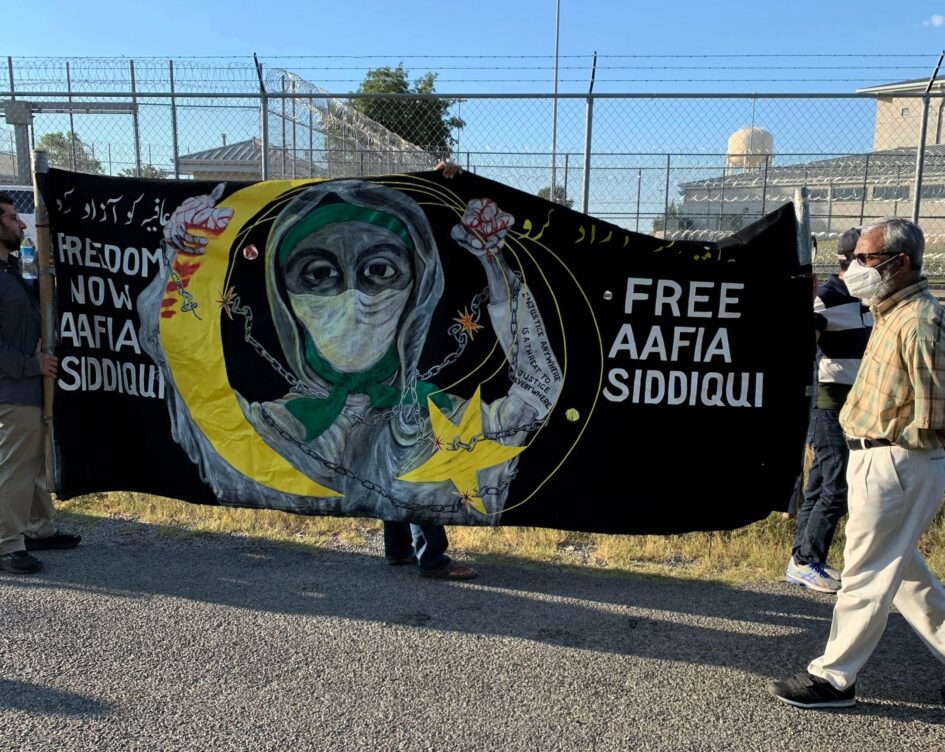 When Tania and I arrived at the Sept. 18 protest for Pakistani political prisoner Dr. Aafia Siddiqui, about 100 people were gathered on the back road behind the Federal Medical Center Carswell in Fort Worth, Texas, where she is currently serving an 86-year sentence. As the main speaker of the event led chants via a megaphone, everyone stood proudly, prominently displaying signs and banners with slogans calling for her release.

A martyr for the cause of anti-imperialism, Dr. Siddiqui’s wrongful incarceration is symbolic of the greater xenophobia in the U.S. legal system. Arrested and brought to the United States on charges for a “crime” supposedly committed while she was not on U.S. soil, Dr. Siddiqui has been held at the Center for the last 18 years.

She has been held in solitary confinement and subjected to the other harsh conditions of the U.S. carceral system. A letter from Dr. Siddiqui’s mother was read aloud at the event, in which she appealed to Prime Minister Imran Khan of Pakistan to intervene in the situation. While all this was going on, police officers drove slowly by our protest, recording us on their phones while protected by a chain link fence. Although there were no altercations between civilians and police, tensions were high.

A woman who was in contact with Dr. Siddiqui told the crowd that she felt alone and forgotten by the world. It is our responsibility to reverse this perception and to show all the oppressed people of the world that we will always stand beside them in their hour of need and that the imperialist state will not go unchallenged.