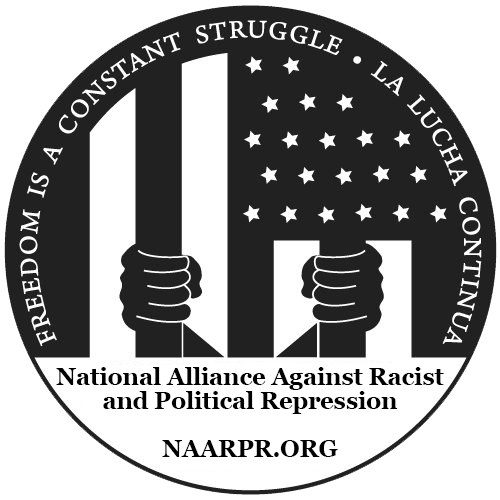 Chicago, IL – One year after playing a leading role in the George Floyd Rebellion that swept the U.S. in the summer of 2020, the Black-led National Alliance Against Racist and Political Repression is convening again in Chicago. The storied organization, originally founded in 1973 from the National Committee to Free Angela Davis and All Political Prisoners, was reestablished in November 2019. According to Frank Chapman, Executive Director of NAARPR, “We have 13 cities in which there is organizing against police crimes and for community control of the police.”

The weekend after the murder of George Floyd, NAARPR called for a national day of protests, which resulted in marches in 22 cities which were responsible for nearly 200,000 people coming into the streets.

Another milestone in the work of the Alliance over the past two years is winning freedom for some of the wrongly incarcerated after decades in prison. There have also been campaigns – some successful, some ongoing – to free Alliance members and other activists arrested during the rebellion and other protests, while continuing to support political prisoners.

Of course, the mass movement against racist policing isn’t the only army on the field. The forces of racist and political repression have also been growing at an alarming rate as we have seen with the storming of the Capitol by an organized mob of white supremacists and avowed fascists on January 6. We have witnessed a spike in police killing Black and Latino people with impunity, and the states have seen an unprecedented wave of repressive legislation designed to suppress the right to vote of Black, brown and poor people.

The Black Lives Matter youth movement was the first to raise the slogan that the police don’t keep us safe. Masses of people are seeing that what is needed is not more police but more community control of the police. At the same time, Alliance branches and affiliates have worked hard to oppose increases in police budgets and to support efforts to divert police funding to meet social needs and to demilitarize the police.

A call issued from NAARPR emphasizes, “If ever there was a time to defend and extend the democratic rights of the people to organize and protest that time is now and that is precisely why we need to call for and build this National Conference.” The conference will be held at the University of Illinois at Chicago on Saturday and Sunday, December 4 and 5.