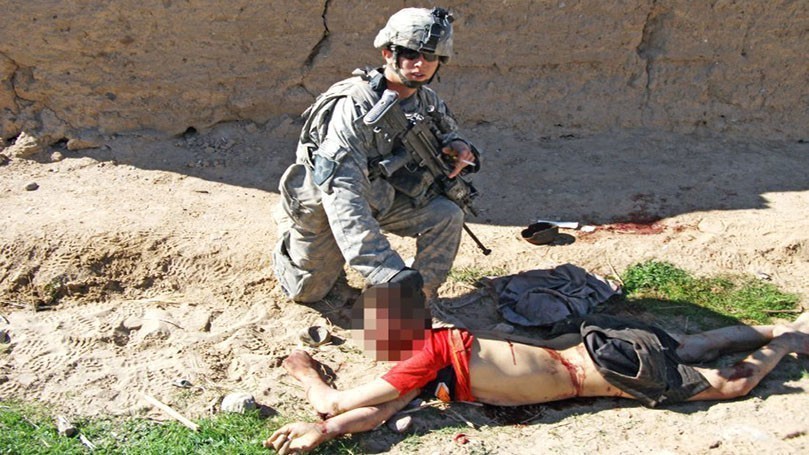 The decision to withdraw U.S. forces from Afghanistan was correct. They had no business there in the first place. The manner of leaving is a tragedy. U.S. imperialist foreign and military policy is in deep crisis, and the lessons must be drawn — the most important of which is that war was never a viable option or solution.

Comparisons have been made to Vietnam. This by far will be worse: in both the human toll and its political consequences. Remember there was no internet when Saigon fell to Vietnam’s heroic fighters who liberated and then rebuilt a war-devastated country. But the Taliban is no NLF. What will play out in the next days, weeks, and months will likely have a far more devastating impact in almost every way possible.

With the fall of Kabul and the video of people desperately trying to leave the country, there is much hand-wringing and recriminations in the capitalist press over how Afghanistan was “lost.” Losing a war is equated with “losing” a country. This mindset is the problem — Afghanistan is not “ours” to lose. But the U.S. is an imperialist nation, and this thinking, repeated by politicians and the media, accurately reflects the problem.

U.S. imperialism is responsible for the “mess” that pundits call Afghanistan. The Bush government started the war on October 7, 2001, ostensibly to end the terrorism emanating from that country, defeat Al-Qaeda, and get rid of Osama bin Laden. But Bin Laden left Afghanistan for Pakistan in December 2001, and instead of pursuing him there, Bush and Company expanded the war to impose their will on an entire people and supposedly engage in “nation building,” that is, profit making.

The “mess” goes back to 1979–89, when the U.S. funded the Mujahidin, the ultra-conservative forces fighting the Soviet-backed government. The CIA-engineered program, “Operation Cyclone,” began under the Carter administration and was ramped up under Reagan, ultimately costing taxpayers about $3 billion. The political outlook of the Mujahidin was irrelevant; all they wanted was to oust the Soviets during the Cold War. During the civil war, many of these forces formed the Taliban, which became the predominant power in 1996. The U.S. trained, armed, and financed the very forces it then fought for 20 years.

The cost of war

After 20 years of an “illegitimate, illegal, immoral, inhuman” war, what did we get? Reportedly, over 38,000 Afghan civilians lost their lives, but the government didn’t track the numbers of deaths, and 100,000 lives lost is more likely. Over 2,400 U.S. troops were killed, and four times as many troops have committed suicide as were killed in wars since 9/11.

The war was expensive in terms of financial cost, too. The U.S. spent more money on Afghanistan than it did on the Marshall Plan, the massive effort to rebuild Western Europe after World War II. Our government spent about $90 billion to train Afghan soldiers and police, $10 billion to fight the narcotics trade while seeing opium production rise, and $24 billion on economic development — all to no avail.

Who benefitted from this massive outpouring of tax dollars? Private corporations, of course. Contractors took over services once provided by the military: food preparation, laundry, transportation, air traffic control, and even security. Contractors range from well-known corporations like FedEx, Boeing, and Raytheon to companies you never heard of: Fluor Corporation, the recipient of $3.1 billion during 2016–21, Columbia Helicopters, Inc., and Amentum (air traffic control). Contractors so far have reaped $104 billion since 2002. With this much money floating around, there’s bound to be corruption and over-charging, as in the case of Fluor.

General Smedley Butler, who in the early 1900s helped make Central America safe for United Fruit Company and later regretted it, commented that “war is a racket,” one “in which the profits are reckoned in dollars and the losses in lives.” War is indeed a money maker.

What of the women?

Phyllis Bennis, Middle East expert and Fellow of the Institute for Policy Studies, pointed out in a CodePink webinar that women are hardly better off for having their land occupied by the U.S. Some women in cities took advantage of U.S. involvement, obtaining an education and jobs, and they will undoubtedly suffer under Taliban rule. Already, the Taliban is removing women from public-sector positions. But 75% of the population live in rural areas, and few rural women benefited from reforms. Bennis pointed out that, when the Taliban ruled Afghanistan before 2001, infant mortality was the highest of any nation. After 20 years of U.S. intervention, Afghanistan remains at the top of the list.

Bennis notes in a Nation article that the first woman member of the Afghanistan parliament, Malalai Joya, reminded us before the withdrawal that “women and civil society in Afghanistan have three enemies — the Taliban, the warlords disguised as a government, and the US military occupation. If you can get rid of one of them, she said, we’d only have two.”

For now, the number of enemies may have been reduced to one, the Taliban, but the threat of U.S. interference, in the form of continuing bombing raids and drone strikes or economic sanctions, is ever-present.

What we should do now

Once again, we agree with Rep. Barbara Lee: “There is no military solution” in Afghanistan or to terrorism. Instead, we must hold our government accountable and demand the end of the bombing raids and drone attacks that were ramped up a few weeks ago.

We also demand that the Biden Administration do the following:

Work with regional powers and the UN to resolve the crisis.

Support the creation of a humanitarian corridor to ensure that Afghan and international humanitarian workers can leave safely.

Allow refugees and asylum seekers to resettle in the U.S.

Further, we must insist that Congress retain its Constitutional responsibility to wage war and not leave it to a president to make this life-and-death decision. Demand deep cuts in the military budget, close the military bases located in over 135 countries, end the nuclear program, and use that money for human needs at home and humanitarian causes abroad. Create a cabinet-level Department of Peace that has status equal to the DoD.

War is rarely about “right vs. wrong”; it’s about imperial power and money. We’re already against the next war. By working for a just, equal society at home, we can prevent the next war.

It’s time we reckon with the militaristic nature of U.S. policy and capitalism. Let’s end the mindset that Afghanistan, or any other country, is “ours” to win or lose.