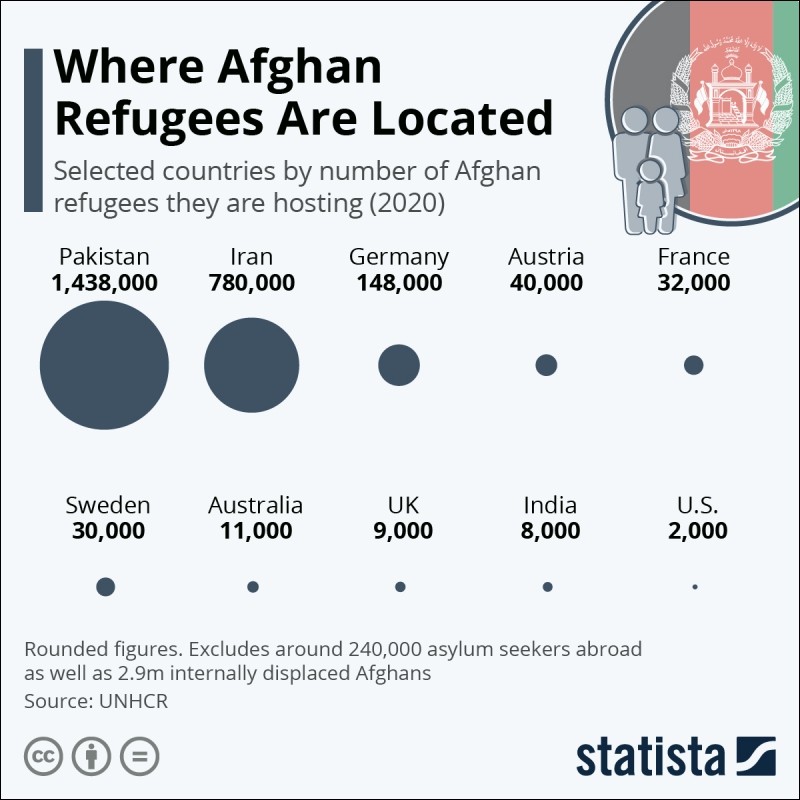 From The Socialist newspaper, 25 August 2021

Editorial of the Socialist Many ordinary working-class people will be horrified by the tragic scenes of Afghans fleeing in desperation at Kabul airport. Most will be eager to help in any way they can. At the same time, many will also be concerned about the pressures on welfare provision, housing, NHS and other public services that continue to be cut, closed and privatised.

The Tory government has announced a pledge to take in just 5,000 refugees this year, with a maximum total of 20,000 staggered ‘over the next few years’. In reality, the figure is tiny (see graph), especially given the role of British governments in the brutal 20-year war and occupation of Afghanistan. British governments have spent almost £40 billion on the occupation of Afghanistan and yet are prepared to do almost nothing to help Afghans facing persecution at the hands of the Taliban.

Only £5 million in funding will be available to local councils to receive and settle Afghan refugees. Many local and regional council leaders have come out volunteering their services but others have attempted to whip up tensions against refugees, pointing to the lack of housing, jobs and services in their local areas while ignoring the fact that this is due to decades of austerity carried out by themselves!

The same politicians, Tory and Labour, who have underfunded and decimated our local services, then dump and neglect the small minority of refugees they allow into the country in the poorest and most deprived areas without adequate resources. We cannot trust those politicians to provide housing, services and welfare provision for local people or for refugees.

Trade unions and local communities should demand democratic oversight of the refugee resettlement process. This should be part of a campaign to fight for the funding and resources necessary for refugees to be adequately housed and have access to work on trade union rates of pay rather than be super-exploited or preyed on by criminals . But this cannot and should not be done at the expense of resources for local people and communities.

During the Covid pandemic we have seen on many occasions that the Tories can be forced to make U-turns when they are placed under pressure. We need a united campaign which mobilises local communities for the funding that is desperately needed in every town, city and area of Britain to drastically improve the lives of all ordinary people.

Everyone should have access to a decent job, home and services rather than the dogfight between communities that the capitalist class and their political representatives like to create and whip up. In fighting for the services we need, the basis can be laid for building a new party that unites together workers, young people, community campaigners and the oppressed; that fights for our interests, not those of the rich; for an end to the capitalist profit system that causes poverty, inequality, exploitation, wars and environmental destruction; and for socialism both here and internationally.

Afghanistan: The Taliban takeover – what are the lessons for the workers’ movement internationally

UK hospitals in danger of collapse

Homelessness workers fight for better pay and conditions across sector

SNP-Green deal will not deliver for workers and youth

Reflections on the Lebanese tragedy one year on

Why I rejoined the Socialist Party