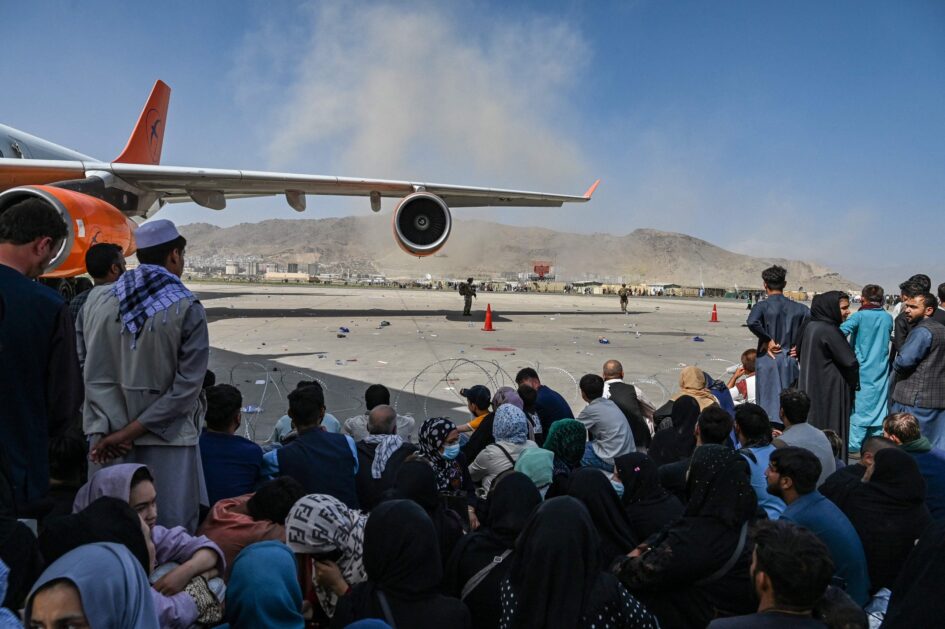 This story was originally published on August 15, 2021, by Laura Jedeed, and is reprinted here with permission.

By the time you read this, the Taliban may already be in Kabul. If not now, then soon.

Nixon wanted—and got—his decent interval between the United States pullout of Vietnam and the inevitable North Vietnamese takeover. Afghanistan’s interval was never going to be decent, but I confess I expected an interval. We’re scrambling to leave in time, we’re racing for the helicopters as the Taliban burns through Afghanistan like a forest fire.

I remember Afghanistan well. I deployed there twice—once in 2008, and again in 2009–2010. It was already obvious that the Taliban would sweep through the very instant we left. And here we are today.

I know how bad the Taliban is. I know what they do to women and little boys. I know what they’re going to do to the interpreters and the people who cooperated with us, it’s awful, it’s bad, but we are leaving, and all I feel is grim relief.

This is what I remember:

I remember Afghanistan as a dusty beige nightmare of a place full of proud, brave people who did not fucking want us there. We called them Hajjis and worse and they were better than we were, braver and stronger and smarter.

I remember going through the phones of the people we detained and finding clip after clip of Bollywood musicals, women singing in fields of flowers. Rarely did I find anything incriminating.

I remember finding propaganda footage cut together from the Soviet invasion and our own Operation Enduring Whatever. I remember laughing about how stupid the Afghans were to not know we aren’t the Russians and then, eventually, realizing that I was the stupid one.

I remember how every year the US would have to decide how to deal with the opium fields. There were a few options. You could leave the fields alone, and then the Taliban would shake the farmers down and use the money to buy weapons. Or, you could carpet bomb the fields, and then the farmers would join the Taliban for reasons that, to me, seem obvious.

The third option, and the one we went for while I was there, was to give the farmers fertilizer as an incentive to grow wheat instead of opium poppy. The farmers then sold the fertilizer to the Taliban, who used it to make explosives for IEDs that could destroy a million dollar MRAP and maim everyone inside.

I remember we weren’t allowed to throw batteries away because people who worked on base would go through the trash and collect hundreds of dead batteries, wire them together so they had just enough juice for one charge, and use that charge to detonate an IED.

I remember the look on my roommate’s face after she got back from cutting the dead bodies of two soldiers out of an HMMWV that got blown up by an IED that I have always imagined was made with fertilizer from an opium farmer and detonated with a hundred thrown-out batteries.

I remember an Afghan kid who worked in the DFAC (cafeteria) who we called Cowboy. He always wore this cowboy hat and an “I’m with stupid” t-shirt someone had given him, always with a big smile, high school age.

Cowboy was a good student. His family, who all worked on base, was incredibly proud of him. He wanted to go to college in America. But there weren’t colleges that took Afghans, the education system was too shit. No program to help kids like him. I looked.

I wonder if he’s dead now, for serving us food and dreaming of something different.

But if Cowboy is dead then he died a long time ago, and if Cowboy is dead it’s our fault for going there in the first place, giving his family the option of trusting us when we are the least trustworthy people on the planet.

We use people up and throw them away like it’s nothing.

And now, finally, we are leaving and the predictable thing is happening. The Taliban is surging in and taking it all back. They were always going to do this, because they have a thing you cannot buy or train, they have patience and a bloody-mindedness that warrants more respect than we ever gave them.

I am Team Get The Fuck Out Of Afghanistan which, as a friend pointed out to me today, has always been Team Taliban. It’s Team Taliban or Team Stay Forever.

There is no third team.

And so I sit here, reading these sad fucking articles and these horrified social media posts about the suffering in Afghanistan and the horror of the encroaching Taliban and how awful it is that this is happening but I can’t stop feeling this grim happiness, like, finally, you fuckers, finally you have to face the thing Afghanistan has always been. You can’t keep lying to yourself about what you sent us into.

No more blown up soldiers. No more Bollywood videos on phones whose owners are getting shipped god knows where. No more hypocrisy.

No more pretending it meant anything. It didn’t.

It didn’t mean a goddamn thing.