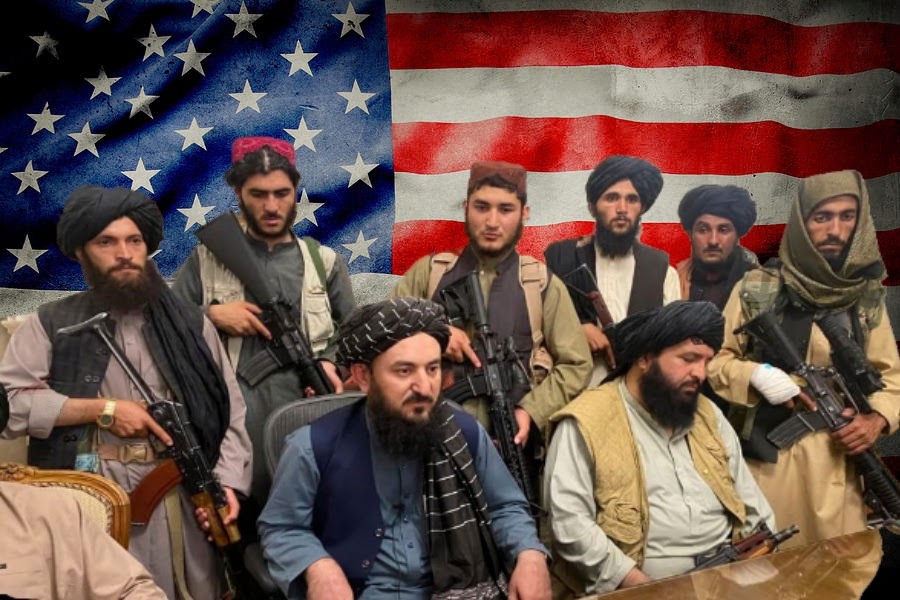 Chaos in Kabul as Taliban retake Afghanistan. Twenty years since the US-NATO imperialist intervention in the country, the consequences for the Afghani people are more than devastating. The slogans of “freedom”, “security”, “democracy” and “peace”, which the U.S imperialists and their allies used as a pretext for the 2001 military invasion, within the framework of the so-called “War against Terrorism”, were proved empty promises.

The fact that the U.S-backed government of Afghanistan surrended to the Taliban without any resistance is the clearest proof that it wasn’t nothing more than a supportive mechanism for the imperialist occupation. When the U.S. decided to withdraw their troops, Kabul’s “government” collapsed like a house of cards.

The U.S. governments and their European allies bear the overwhelming responsibility for the tragedy that the people of Afghanistan are living. The criminal 2001 imperialist war unleashed by the Bush government and its NATO allies had nothing to do with the “fight against terrorism” or “bringing democracy”. The only reason behind the intervention was the control of important geostrategic regions, energy resources and transportation roads, for the sake of the U.S. monopolies.

When the aim was accomplished and the focus of the U.S. foreign policy switched to other regions, the Biden administration decided last April to withdraw the U.S. military forces from Afghanistan. Within the context of the fierce competition between the US-EU bloc and other big powers, like Russia and China, the U.S had to transfer military personnel and equipment to other areas, including the Baltics, the Black Sea and the South China Sea.

Afghanistan is again in the hands of the Taliban, in the hands of the fanatic jihadists who were trained, armed and financed by the U.S. governments and their allies during the 1980s, in order to turn them against the Soviet Union. The rise of Taliban in the country’s leadership in 1990s, with the valuable aid of the U.S. and the CIA, came as a result of the collapse of the Democratic Republic of Afghanistan.

In their war against socialism-communism, the U.S. created and harbored the monster of jihadism which they renounced in 2001 as “terrorist threat”, in order to strengthen their pretext for the imperialist intervention in Afghanistan.

Today, the apparent concern of the U.S. administration and European governments about the resurgence of Taliban and the future of Afghanistan can only been seen as crude hypocrisy. They are are responsible for the current situation in the country. The working men and women, the people of every country, must condemn the imperialist propaganda. The crime against the Afghani people must not be forgotten as it is a constant reminder of the barbarity and atrocity of imperialism.

* Nikos Mottas is the Editor-in-Chief of In Defense of Communism.

Why I’m not leaving Afghanistan