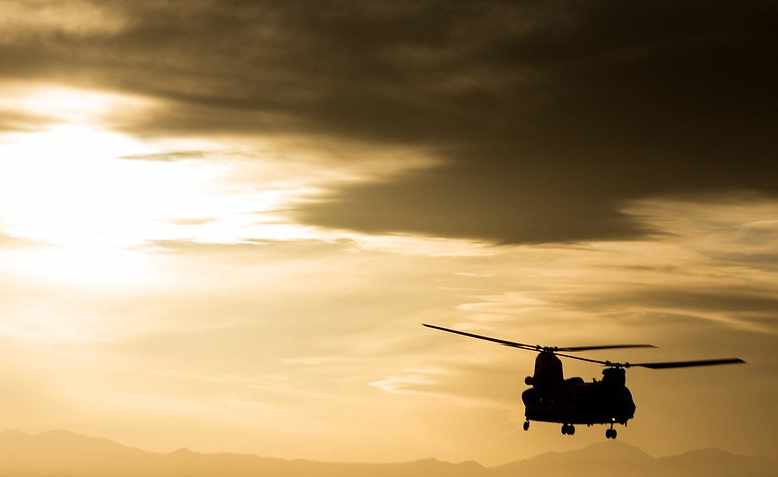 The speed with which the Taliban is taking control of Afghanistan has surprised many commentators. The Financial Times headline at the weekend talked of Kabul, the capital, being surrounded as major cities fell to their forces. All speculation of it taking months before the government fell, or that there would be an international political solution involving power sharing, has now been abandoned. Indeed comparisons with the fall of Saigon at the end of the Vietnam war in 1975 are being thrown around with abandon.

The comparison only takes us so far, but with all the differences, there is one important way in which they are similar – the situation marks a very obvious and total defeat for the US and its allies.

This is both a military and political defeat. Military because despite the lengthy occupation of the country by the world’s largest military alliance, huge levels of airpower and the repeated bombardment of civilians, an organisation driven out of government and into hiding 20 years ago has regrouped and stands poised to regain control of the country. Political because Joe Biden (and before him Donald Trump) bet his shirt on full withdrawal of US troops by the 20th anniversary of 9/11 and he is now facing the first major crisis of his presidency.

He thought that peace talks and plans for power sharing would bring about enough of a solution in Afghanistan to allow the western powers to walk away without looking as though their two decade mission had failed. But this was always a futile hope given the situation in Afghanistan and the growth of the Taliban in recent years. One major reason for this growth is that it is identified with the cause of national independence and opposition to the foreign invader. Another is the bitter resentment at civilian casualties brought about by airstrikes, exacerbated under Trump in order to avoid troop engagement.

The shock with which many are now registering the return of the Taliban is understandable, but is largely a result of the lack of truthfulness and understanding by British and US governments and media of the real balance of forces in the country. The existing Afghan government and its troops have been almost totally dependent on US and other imperialist powers for its existence and this fact has become abundantly clear.

The prospects for ordinary Afghans are grim. The Taliban is an organisation with repressive views about a range of questions including women’s rights (although they are by no means unique in this in Afghan politics). Many people are already fleeing their homes and fearful for the future. There is also the threat of Islamic State looming in some areas. The answer to this is not to keep troops in Afghanistan. They have helped contribute to this situation, not to solve it. The present crisis can only be solved by the Afghan people themselves.

They have faced over 40 years of war, invasion and civil war. The country remains one of the poorest in the world and desperately needs infrastructure and development. Levels of corruption are very high including at government and official levels. Many Afghans depend on the opium trade for their livelihoods. Afghanistan has been badly served by its governments, not least those imposed by the western powers. One danger now is that the civil war, which in reality never went away, will continue.

I find the response to this by the western governments and their supporters absolutely appalling. The cynicism with which they absolve themselves of all responsibility and continue to justify their original actions is quite shocking and they refuse to entertain other opinions – such as those put by anti-war campaigners 20 years ago – which have been proved correct. They also now cry crocodile tears about the fate of Afghan women in particular when this has never been a major priority.

There will now be a debate among US and British politicians about whether they should have left, whether they should send troops back in, who is to blame. The answer is the whole war on terror, the whole strategy, has proved a terrible failure and this should be admitted. Instead, we should consider how the lives of Afghanis would have been improved if only a fraction of the money committed to this war – an astonishing $1 trillion from the US alone – had gone into improving their lives through investment in infrastructure, housing, education, agriculture. That was an opportunity that could have been taken but was ignored in favour of military solutions. And those have brought us to where we are today.

Very few MPs voted against this war 20 years ago, among them the late Tam Dalyell, Tony Benn, as well as Alice Mahon and of course Jeremy Corbyn. Tony Blair was a key advocate of the war. In reality it was built on a lie, not as blatant as that in Iraq, but a lie which averred that war could bring democracy and peace. Keir Starmer is following in this tradition with his demands for Nato and UN summits as though he hasn’t noticed the past 20 years.

Indeed the argument that Afghanistan may slip back into the hands of terrorists ignores that the 2001 war was designed to stop that happening. It failed. The praise by politicians for a military solution compounds the collective amnesia surrounding this war.

It looks like parliament will be recalled to discuss the situation in Afghanistan this week where we will hear more pious words which fail to acknowledge any of these truths. Britain will try to pose as true defenders of the Afghans, unlike Biden. We can be certain that the debate will not centre on the Afghan refugees. They will not for the most part be welcomed here by the government or the right wing. That would involve real humanitarian support, not more imperialist war so it will not even be on the agenda.

The expulsion of film director Ken Loach from the Labour Party has led to another tranche of resignations and an outpouring of outrage across the left. There is no justification for it but it is clearly in keeping with Keir Starmer’s generalised assault on everything Jeremy Corbyn stood for. Corbyn himself has been suspended from the whip for nearly a year and it is highly unlikely that it will be restored. A number of other left wing members are suspended, including prominent Jewish activists accused of antisemitism. The message for the left, following proscription of four organisations last month, is your presence is completely unwelcome and we will drive you out.

It has raised again how socialists within and outside Labour should respond. Corbynism has failed and Labour has reverted to type. That will remain the case, if previous history is anything to go by, for at least a generation. Meanwhile many on the left are arguing that a new party has to be built. The response from those inside Labour is that we have to stay and fight and that left alternatives are not viable.

The problem is that this is a chicken and egg argument. There is a considerable base for building something outside Labour but it will need to involve both real struggle and movements and a break from the existing political formations. It will need at least a handful of MPs and councillors to take that step and take with them many who supported Labour and can do so no longer. I guess that would include large sections of the Muslim community, sidelined and insulted by Labour, many young activists who supported Corbyn, and trade unionists and socialists who no longer feel at home in Labour.

We had some success with this in Respect between 2004-2006. A number of councillors were elected. In the 2005 general election Respect achieved four record swings bringing it one MP and votes of between 20% and 35%. The failings of that project should not hide these facts. It is perfectly possible to win such results again and it is disingenuous of those inside Labour to suggest otherwise.

The real question surely has to be: is it possible to transform Labour? Corbyn’s valiant attempts suggest not. In which case whatever the challenges, we cannot avoid the fact that there will need to be an alternative. Pretending that isn’t the case will lead to further witch-hunts, blind alleys and disappointments, without the electoral success these are supposed to guarantee.