Afghanistan – what can I do? 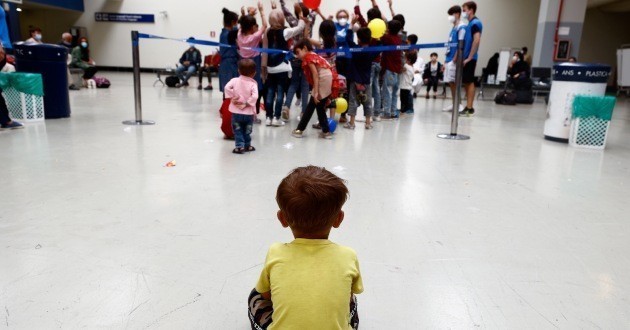 The question so many of us are asking. Vanessa Baird has a few suggestions.

It’s easy to feel helpless, watching, listening to, reading the news as Afghans try to flee their homeland, now in the grip of the Taliban.

As the clock ticks, the Taliban and the US administration seem to have entered an unholy alliance – the deadline for evacuating foreigners and those who helped international forces and agencies remains fixed to 31 August.

Each day has added to the iconography of fear and suffering: babies are handed over walls to foreign soldiers by desperate mothers at Kabul airport, youths fall to their deaths as they cling to a departing plane, people are crushed in the crowd or shot by who knows who.

And then there are the interviews with Afghan women, courageous but terrified by the prospect of what awaits them once the foreigners are gone and the Taliban are free to do as they please. It’s heartbreaking.

The scenes in Kabul are dramatic but only a part of the story of what’s going on in Afghanistan today. These are stages of a massive humanitarian crisis in the making.

Since the start of 2021, over half a million people have fled their homes as a result of conflict, settling in communities that were already at breaking point.

Now, hundreds of thousands of families are stuck, with no home and no belongings, in perilous situations across the country. Lack of food, lack of shelter, lack of healthcare, accompany the displacement of so many people.

So, what can we, thousands of miles away, do?

There are things. We can open our wallets, our hearts and our minds; and we can exert political pressure to open our borders too.

We can support people in Afghanistan by donating to charities and NGOs that are still (at the time of writing) able to work in the country.

Afghan Aid is active across Afghanistan, working hard, they say, to ensure the safety of their staff but also continuing in their work in supporting remote rural areas. For example, they are providing kitchen kits so that people who have had to flee their homes can cook and safely store food

‘Right now, we are mobilizing materials and staff to prepare to deliver emergency support to families whose lives have been destroyed or uprooted by the recent conflict,’ says the agency.

The situation of women and girls is particularly concerning. The charity Women for Women International is committed to ‘finding practical, safe, solutions so that we can continue to operate and make a positive difference for the people of Afghanistan who have already suffered far too much and who deserve peace and prosperity’. On the international stage they are also pressing for ‘the leveraging of multinational avenues to safeguard Afghan girls and women’.

The Red Cross and Red Crescent organizations have been working on the ground in Afghanistan for 30 years and are not going to stop doing so now. Independent and impartial, they work with all communities in all regions to help reach and assist the most vulnerable.

The International Rescue Committee is committed to moving swiftly to help those whose lives have been upended by war. It is currently trying to raise $10 million to keep delivering aid.

At the moment the international community is suspending its funding for Afghanistan, as it waits to see what is going to happen on the human rights front.

It seems to make sense to use whatever leverage possible to try and assure basic human rights for vulnerable groups: girls and women, religious minorities, LGBTQI+ people, in addition to all who have worked with international bodies.

But the reality is that Afghanistan today needs aid more than ever and will remain highly reliant on foreign aid of some sort for many years to come. Furthermore, the militaristic Taliban has little experience of governance or of providing even the most basic services.

The British government has just slashed its international aid budget. The pressure is now on for it to reverse that decision.

The crisis in Afghanistan will produce many more refugees and it’s essential that those who have been involved in trying to reshape the country in the past two decades step up to their duties and responsibilities.

Women’s organizations (including Women for Women International) are calling on the UK government to provide sanctuary for Afghan women who stuck their necks out by working with NGOs and other organizations that furthered British policy objectives in Afghanistan.

And they are calling on the UK to ‘work closely with governments of neighbouring countries and other international powers to ensure safe and legal exit from the country for women and their families at risk of imminent danger. This would include providing visas for and assisting with the escort and evacuation of Afghan women at risk. The government must work hard to ensure the country’s land borders stay open to evacuations and to facilitate aid, including supporting safe houses and gender-based violence services for women and their families who cannot flee.’

Britain has agreed to provide refuge for just 20,000 Afghan refugees over five years. This is woefully inadequate.

Women’s groups are also calling on the government to extend the Afghan Relocations and Assitance Policy to include Afghan individuals and their dependents at a heightened risk of persecution due to their activism on women’s rights.

They want the UK to end forced removals and reconsider any refused asylum claims in light of the change of the political situation, approving any existing family reunification applications.

This would involve the UK government reversing its current policy direction. While the government of Kosovo has welcomed Afghan refugees, other Western nations have been busy tightening their borders – most notably the US, the UK and Greece.

The British government is in the stages of passing a new law, the Nationality and Borders Bill, that will make it almost impossible to claim asylum in the country. Which is why organizations including Another Europe is Possible are calling a nationwide day of action on 4 September to demand that the Bill is ditched, and that the UK and Europe open up to refugees.

What is the real objection motivating critics of Afghanistan withdrawal?