After Holden, how many more kids will Britain send to war? 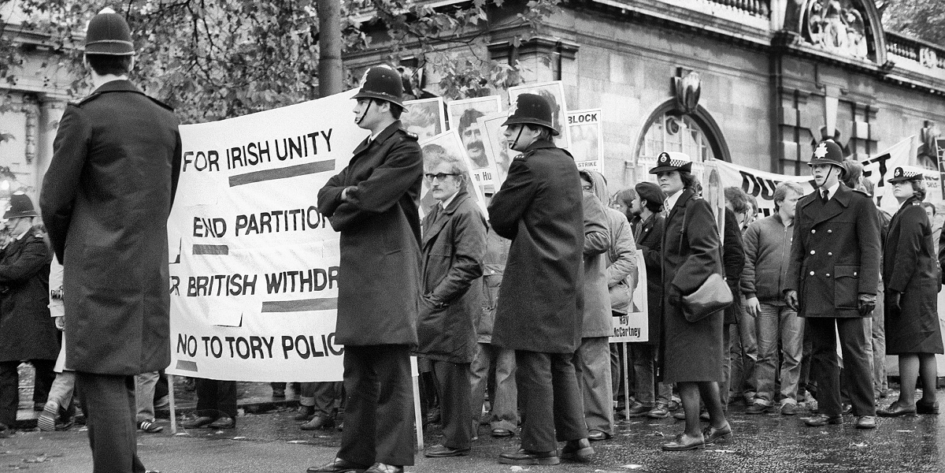 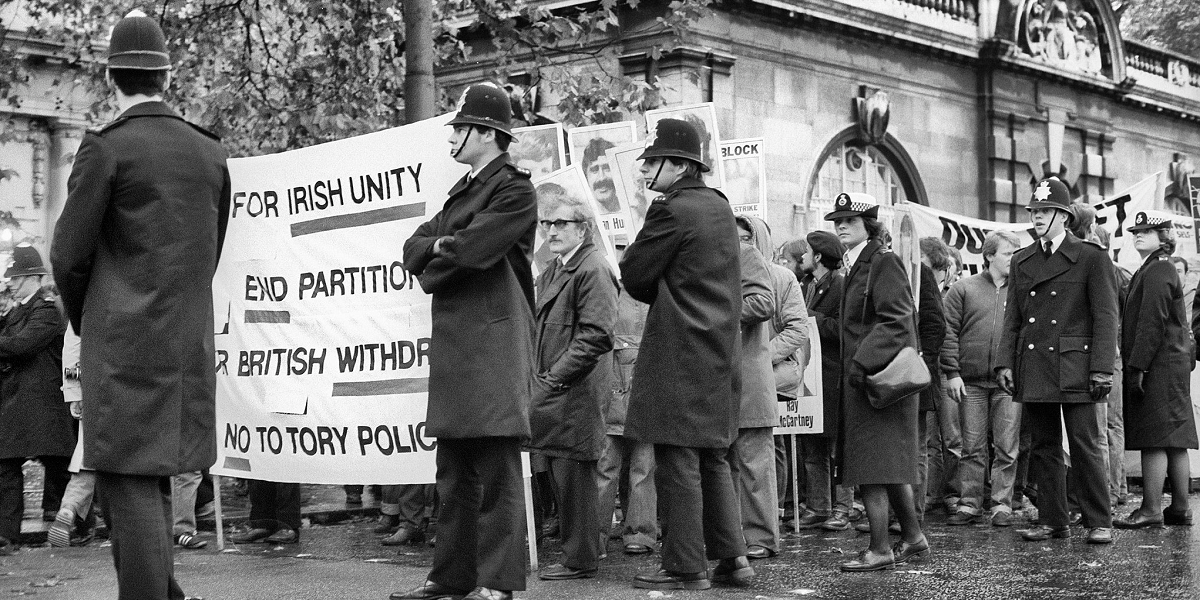 David Holden didn’t intend to kill Aidan McAnespie, but he did fantasise about doing it. While fondling a general-purpose machine gun, aiming it at McAnespie and pulling the trigger, Holden fantasised about killing McAnespie. Holden didn’t, however, know the machine gun was cocked. When Holden squeezed the trigger, intent merely on playacting, three bullets left the chamber in the space of 0.25 seconds, one hitting McAnespie in the back.

The words ‘manslaughter’, ‘murder’, ‘mistake’, ‘accident’, ‘tragedy’ have all been deployed over the years to sum up David Holden’s actions, but the bare fact is that Aidan McAnespie was killed not far from his mother’s door by a soldier who wouldn’t have been able to tell Lizzie McAnespie the difference between Aughnacloy and Amritsar.

The reason that Aidan had a machine gun pointed at him that Sunday afternoon in February 1988 was that, according to Holden’s superiors in the British army, the Tyrone man was ‘a person of interest’. Potentially a terrorist, definitely a fellow traveller. From a border village under military occupation and engulfed by intense IRA activity, McAnespie was subject to daily harassment. Employed on a poultry farm on the southern side of the border, hours of his working day were often taken up under interrogation at the British army’s border crossing. Lizzie would often accompany him through the checkpoint because the abuse he was subject to would usually be less obscene in her presence. On the day he was shot, Aidan was going to a Gaelic football game.

Did the 18-year-old Holden ever imagine that, three decades after his deployment to Ireland, he’d be dragged back to a Belfast court house to answer for the killing of this Fenian chicken plucker, to make amends for the state-sanctioned vendetta that led him to squeeze down on his trigger?

The basics of Holden’s trial have been gone over repeatedly by every media outlet with a court reporter or the subscription for one. The former grenadier guardsman is the first British military veteran to be convicted of a conflict-related offence since the signing of the Good Friday Agreement. Probably, thanks to the Tory government’s Northern Ireland Troubles bill, he will be the last.

The approach to date for dealing with the legacy of the conflict has been far from adequate. Non-jury Diplock courts were just as much a tool of the conflict as car bombs and machine guns, the fact that they still exist a quarter of a century into a peace process, including to convict Holden last Friday, is an indictment of our ability to grapple with the structures of injustice in the North of Ireland. However, in the absence of any appetite among both state and non-state actors for a meaningful truth and reconciliation process, families have been forced to pursue the criminal justice route for some measure of redress.

The Tory’s Troubles bill will not only end all conflict-related prosecutions, the only viable way to prevent more British soldiers being put in the dock, but close off myriad mechanisms for exposing wrongdoing. The families of the Falls Curfew dead, for example, will never get the chance to remove the word ‘misadventure’, the quaint Victorian legal term for your demise being your own fault, from against their loved ones’ names as no new inquest will be allowed. Inquests already underway will be halted. The bill, which not one political party in Ireland supports, has been labelled a ‘bonfire of human rights’ by the campaign group Relatives for Justice.

Whether the Tories succeed in getting their bill through the House of Lords or not, nothing can diminish the heroism of the families of the dead. They should be applauded by anyone who professes a concern for truth telling given the public service they have performed via their tenacious battles with the official keepers of silence. That even a modicum of honesty has been wrung from the state is a testament to their perseverance.

After the verdict against Holden, the British government’s ‘veterans minister’ Johnny Mercer, holed up somewhere far from the courtroom, tweeted ‘I remain committed to our manifesto promises made in 2019 [to oppose ‘vexatious’ claims against British soldiers]. David is being supported in all respects by MOD (Ministry of Defence) colleagues at this time.’

We might ask why Britain needs a minister for military veterans in the first place and why there are such an avalanche of ‘vexatious’ claims and whether these two things are linked and whether avoiding future wars of aggression might put an end to both the need for a costly government ministry and suspect claims from dodgy natives. But we shouldn’t vex ourselves unnecessarily.

Johnny Mercer doesn’t care about David Holden, and certainly not about the family of Aidan McAnespie, he cares about the children of the future and making sure they will have the capacity to use a machine gun wherever and whenever deemed necessary by people of his high station.

Occasionally, we ask ourselves what we have learnt from a wrong move, a mistake, a sin even, and that is proper. David Holden has perhaps asked that of himself in the recent past. But what do those in power ever learn about sin? Who forces reflection upon them? Why, for example, did the British state send the Queen’s Lancashire regiment to Basra to beat Baha Mousa to death? Why did it send the SAS to Afghanistan to roam the country as a vicious death squad?

These things matter because this is the nature of power we’re expected to put our faith in every morning when we open our eyes and prick our ears for the sound of life persisting. We want to believe in so many things – among them that the people with fingers on triggers, not of mere machine guns, but of nuclear bombs, are civilised, humane, cultured even, and not just well-mannered thugs who send kids off to kill in foreign backwaters.

David Holden’s conviction may have brought some vindication to the family of Aidan McAnespie, but it won’t wean the British government off its addiction to using violence to achieve political ends. Behind the veil, behind the David Holdens, waits the monstrous manicured fist.

Pádraig Ó Meiscill is a writer from Belfast.

“There is no good imperialist”: Greek communists send a powerful message against the war in Ukraine

Send in your nominations for the 2022 Marxist Sociology Section Awards

The kids are not alright