After the elections, what way forward for the Left in Canada? 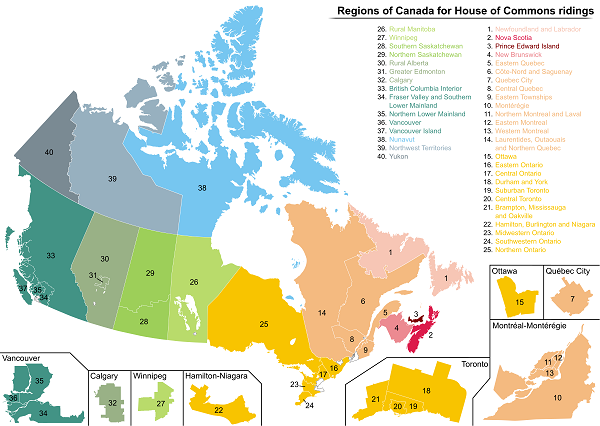 Justin Trudeau has been re-elected by the slimmest majority of any prime minister in Canadian history, at just 32%. His government called a special election, hoping to gain seats and secure a majority, but the Liberal party is in much of the same place they were before the election, gaining only two seats. The Conservatives also maintained a similar position, gaining only two seats as well. The New Democratic Party, historically a social-democratic party, maintained the same number of seats as in 2019. The Bloc Quebecois, a nationalist party running on a platform focused on independence for Quebec, received around the same number of votes as in the 2019 election. The Green Party suffered an incredible loss in votes, going from 6.5% in 2019 to just over 2% in 2021.

This election did not seriously change the makeup of parliament and many feel that it was a waste of money—almost CAD$600 million spent during the elections. It does, however, reveal important trends in Canadian politics that anyone looking to organize on the left must take into account.

Most parties have sidelined the discussion around the residential schools’ scandal, despite national outcry and protests beginning in June. While the Liberals call for “reconciliation” with Indigenous Peoples, they have done nothing of the sort! A reported 215 Indigenous children were found in a mass grave near the Kamloops residential school, last June. Since then, the government has refused to take action on releasing the coroner’s records, creating an online database of students who died at residential school, and other actions recommended by the Truth and Reconciliation Commission.

There was an alarming increase in votes for the far-right People’s Party of Canada (PPC). In 2019, the PPC got around 200,000 votes. In 2021, they got over 800,000 votes. This increase from 1.6% of the vote to 5% exemplifies the deep polarization happening in Canada and around the world, particularly around issues of immigration, climate change, and Covid policy. Far-right parties or far-right personalities, like Donald Trump, gain in popularity as the establishment does nothing to address the economic troubles that working people face under capitalism. Far-right parties will continue to exploit working people’s fear, blaming immigrants or activists for economic insecurity instead of placing the blame where it belongs: on the capitalist class and its corporate parties.

Turnout for eligible voters in the election was around 60%, which is low compared with previous elections. The only recent election with lower voter turnout was in 2008, with 58%. As in 2008, workers are currently living through a serious economic downturn. They have lost faith in the main corporate parties to make serious changes that will improve the lives of ordinary Canadians.

The only way to combat the far-right is through organizing a serious socialist alternative to capitalist politics. This will require organizing a worker’s party, made up of unions, socialists and activists, that can put forward demands that will improve the lives of working people. These demands should include improving the health care system by training and hiring more doctors, nurses, and health care staff. Health care workers deserve better pay and safe staffing ratios. We must also fight climate change, not through demonizing workers in polluting industries, but through creating a mass, free transit system and a just transition to green energy, including retraining workers in polluting industries with no loss in pay. Workers need a $20/hour minimum wage and affordable housing! Indigenous and First Nations people deserve justice and the right to self-determination. A worker’s party must organize around these demands—and so many more—in order to unite working-class people in the fight against capitalism!

The CWI in Canada is fighting for these goals, advocating a programme for a fundamental socialist transformation of society – join us!