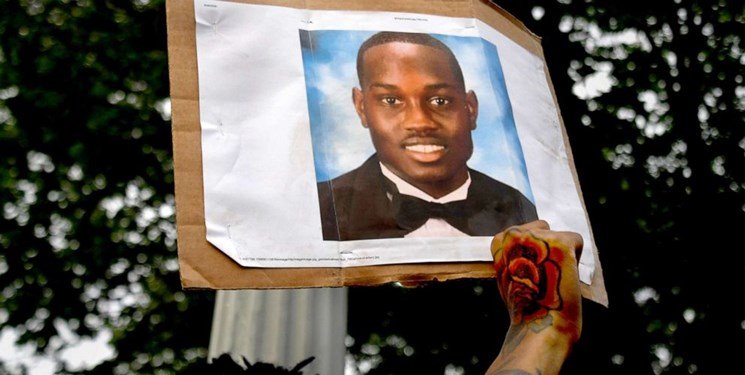 The jury has now begun its deliberations in the trial of the killers of Ahmaud Arbery — whose racist murder in Glynn County, Georgia in February 2020 helped ignite last years nationwide uprising. As the closing arguments wrap up, it is clear that the evidence and witness testimony presented by the prosecution against the killers has become overwhelming.

The defense has put their focus on the citizens arrest law — a 1863 Civil War-era law permitting whites to catch Black people fleeing enslavement — along with the absurd claim of “self-defense.” The prosecution has focused on disproving these claims, and proving that this was in fact a cold-blooded, racist murder. Prosecutors called to the stand a total of 23 witnesses.

Read the previous coverage of the trial by Liberation here.

On Nov. 12th, Day 6 of the trial, the prosecution called to the stand GCPD officer Robert Rash, who was one of the first on the scene after Arbery’s murder, to discuss the claims of “trespassing” in a vacant home that hadn’t even finished construction. This is the claim that the defense is using to justify their invocation of the citizens arrest law.

Before the murder, Rash had sent Greg McMichael’s phone number to Larry English, the owner of the vacant home, telling him that, “Greg is retired Law Enforcement,” then adding, “He said please call him day or night when you get action on your camera.” Despite Rash never formally deputizing Greg McMichael, it is clear that he was enabling the racist vigilante murder by informally putting Greg McMichael “on the case”.

When at the stand, Rash testified that he had already planned to give Arbery a warning for trespassing before the murder took place — meaning that, had he never put the three racists on the hunt, the most that Arbery would have faced was a warning, instead of a lynching by the three murderers.

On Nov. 15th, Day 7 of the trial, as graphic crime scene photos of Arbery were shown in the court, Arbery’s mother Wanda Cooper-Jones became emotional and began crying. The defense attorney for William Bryan, Kevin Gough, then objected to this and called for a mistrial, obscenely claiming that it was “an act to intimidate and influence the jury.” Along with this, in a second attempt to exclude Black pastors from the courtroom, he claimed that Rev. Jesse Jackson — who was sitting with Arbery’s mother and comforting her — was also intimidating the jury.

On Nov. 16th, Day 8 of the trial, the prosecution rested its case, bringing in medical examiner Dr. Edmund Donoghue, who presented graphic photos of Arbery’s body after his murder. Donoghue went on to testify that, “Arbery died from two shotgun wounds,” both of which, he testified, were lethal. He added that, once Arbery was shot, there was nothing that any medical personnel could have done to save his life — underlining the brutal nature of this racist lynching, and clearly showing that, with this much brutality, this was anything but the absurd claim of “self-defense”

On Nov. 17th, day 9 of the trial, Travis McMichael took to the stand. This was the first time that any of the killers had spoken openly about what happened that day. The prosecutor blew the “self-defense” claim out of the water, asking him the following:

Prosecutor: He [Arbery] never yelled at you guys?

Prosecutor: Never threatened you at all?

Prosecutor: Didn’t pull out any guns?

Prosecutor: Didn’t pull out any knife?

Prosecutor: Never reached for anything did he?

Anyone that has seen the video already knew the answer to these questions. Everyone knows that you can’t chase someone down for 5 minutes in “self-defense”, this was a lynching.

However with Travis McMichael admitting it himself, the defense is getting weaker and weaker. With such glaring evidence that this clearly wasn’t, as the defense claims, “self-defense”, it’s clear that the defense sees its last hope in kicking up a flurry of absurd objections and multiple requests for mistrial.

The racist defense caused outrage with its sickening strategy of no Black jurors, no Black pastors and no grieving for mothers. Protesters gather outside of the courtroom regularly — attended by over 100 Black faith leaders, and hundreds of others calling for justice for Ahmaud Arbery and a maximum conviction for his killers.

Despite the overwhelming evidence against the killers, the possibility of a maximum conviction in this trial is still in doubt considering the Jim Crow-style jury that the defense lawyers were able to selectively pick. As was made clear when cities across the country erupted into protest over the Kyle Rittenhouse acquittal, it’s clear that the people are ready to struggle in the streets against the racist U.S. court system.

JobKeeper was yet another gravy train for private schools