Air and water under threat as SCOTUS targets environmental laws 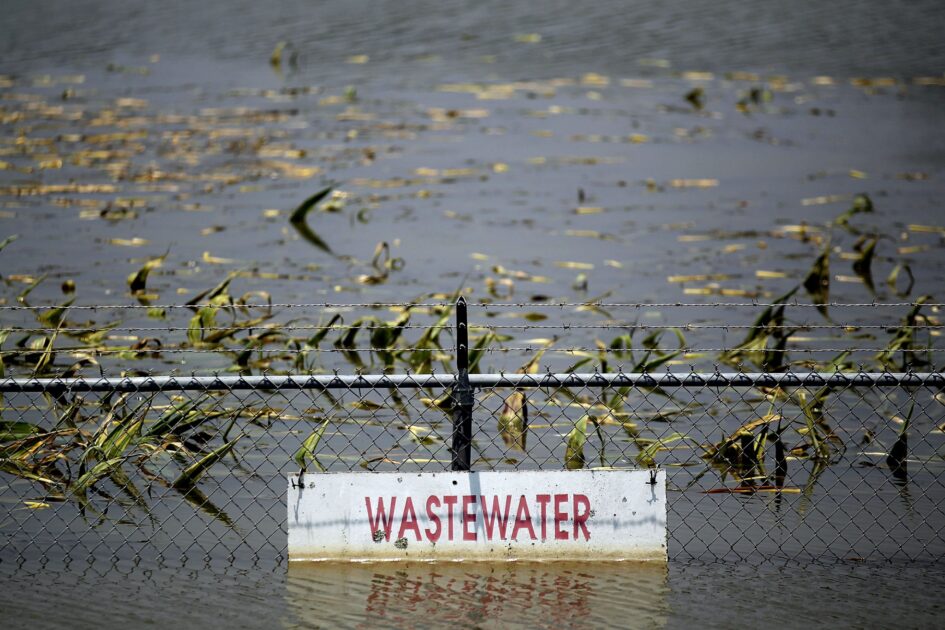 This story originally appeared in Common Dreams on Jan. 25, 2022. It is shared here with permission under a Creative Commons (CC BY-NC-ND 3.0) license.

Environmental advocates and congressional Democrats are raising alarm after the US Supreme Court this week agreed to hear arguments in two cases regarding bedrock regulations designed to protect the quality of the nation’s air and water.

The nine justices announced Monday that they plan to hear arguments in the case of an Idaho couple who were blocked from building a home on their land by the Clean Water Act. According to the Environmental Protection Agency (EPA), Chantell and Michael Sackett’s land contained wetlands and the couple needed a federal permit to build.

Represented by the right-wing Pacific Legal Foundation, the Sacketts are calling on the Supreme Court to settle on a narrow definition of “waters of the United States,” one that could have profound implications for numerous industries and regulatory policy in the country.

That case is expected to be heard during the Supreme Court session starting in October, but in just over a month the court is also scheduled to hear arguments in West Virginia v. EPA, in which Republican-led states are asking the court to consider whether the EPA has the authority under the Clean Air Act to regulate fossil fuel emissions from coal-fired power plants.

The right wing-dominated court’s decision to take up the two cases in the span of just a few months is “the latest indication that the conservative majority on the Supreme Court is stepping in to assess the limits of the nation’s bedrock environmental laws—potentially in ways that hamstring President Biden’s environmental agenda,” wote Maxine Joselow at The Washington Post Tuesday.

“It seems like we have a new conservative supermajority on the court that is much more inclined to do a slash-and-burn expedition through our major environmental laws,” Robert Percival, director of the Environmental Law Program at the University of Maryland, told the Post.

In the former case, Sackett v. EPA, the plaintiffs want the Supreme Court to resolve a 2006 case called Rapanos v. United States, which resulted in a 4-1-4 ruling. The court could not reach a majority opinion regarding the definition of the “waters of the United States” that the Clean Water Act is meant to protect.

Justice Antonin Scalia proposed that only water that has a “continuous surface connection” to a river, lake, or other waterway should be protected, while Justice Anthony Kennedy created a test to determine if wetlands had a “significant nexus” to other bodies of water, in which case they would be covered by the law.

The Biden administration has already filed a brief in favor of Kennedy’s broader definition of protected waters.

Under Scalia’s definition, the solicitor general wrote, “agencies would lack authority to protect wetlands separated from a navigable river by a small dune or other natural barrier, even if overwhelming scientific evidence showed that the wetlands significantly affect the river’s ‘chemical, physical, and biological integrity.’”

Scalia’s definition was used to support former President Donald Trump’s Navigable Waters Protection Rule and has been favored for years by the US Chamber of Commerce and groups representing homebuilders.

It is “impossible to overstate the impact” the court’s adoption of Scalia’s definition would have on wetlands in the US, said Patrick Donnelly, Great Basin director for the Center for Biological Diversity (CBD), as corporations could be given new authority to build a variety of structures on or through wetlands.

Mark Ryan, a former EPA attorney, told the Post that at least five of the court’s conservative justices are likely to vote in favor of Scalia’s interpretation.

As clean water advocates warned of the implications of Sackett v. EPA, nearly 200 Democrats in both chambers of Congress filed an amicus brief in West Virginia v. EPA, calling on the court to rule that the agency is authorized to regulate pollution from power plants.

The lawmakers said the Clean Air Act “must be read as broadly authorizing the EPA to address new and evolving air pollution problems, including greenhouse gas emissions from existing stationary sources.”

States including West Virginia and North Dakota are joining two coal companies—North American Coal and Westmoreland Mining—in asking the court to decide whether the EPA can issue climate regulations for the power sector.

According to environmental lawyers, Justices John Roberts, Samuel Alito, Clarence Thomas, and Brett Kavanaugh are all likely to support curtailing the EPA’s authority.

The plaintiffs are “asking the Court to do far-reaching damage to all sorts of ways we protect human life: by regulating food safety, car safety, deadly pollution, and so on,” Vickie Patton, general counsel to the Environmental Defense Fund, told The New Yorker. “There’s an enormous amount at stake for the American people.”

In another brief, Sens. Bernie Sanders (I-VT), Elizabeth Warren (D-MA), Richard Blumenthal (D-CT), and Sheldon Whitehouse (D-RI) accused the fossil fuel “industry machine” of pushing its policy agenda at the Supreme Court. They noted that Exxon Mobil, the American Petroleum Institute, and the Koch family had provided funding to groups that have written amicus briefs in support of the Republican states seeking to weaken the EPA’s authority.

“The industry-funded and industry-promoted arguments made here… would empower and enrich polluting corporations at the expense of public health, welfare, and the environment,” wrote the lawmakers. “The court should refuse to participate in this industry-driven project.”

On Twitter, Warren accused the fossil fuel industry of asking the Supreme Court to “do their dirty work” for them.

“We must call out when the Court is being used as a political tool for special interests,” said the senator.

Could Marine Le Pen’s Dominance of the French Far Right Be Under Threat?