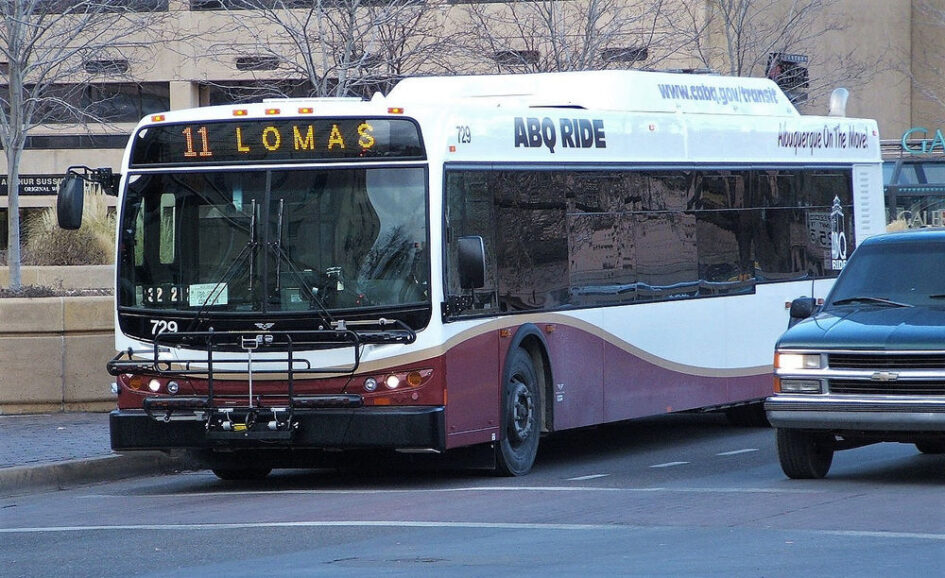 What was once seen as an utopian, marginal and fringe idea is increasingly being embraced by mainstream politicians in communities across North America and around the world. In another step forward for the global fare free transit movement, the city of Albuquerque, New Mexico has decided to implement a one-year zero fare trial policy on all its municipal bus routes. With a population in excess of 550,000 this makes the city one of the largest in the world to embrace fare free public transit.

The City Council voted September 20 to put the program into effect beginning January 1, 2022.

Albuquerque joins large cities like Tallinn, Estonia and Kansas City, Missouri that either have full free public transit or a version of it.

In the case of Kansas City, the City Council began to start rolling out zero fare transit a few years ago starting with students, veterans and some social service users. When the Covid-19 pandemic hit, the city decided to make fares free for everyone, at least temporarily. For now this will be extended until the end of 2022.

Interestingly, this decision meant that Kansas City did not see anywhere near the decline in public transit ridership that most major cities did as a result of the pandemic.

According to Kansas City Area Transportation Authority president and chief executive officer Robbie Makinen “While everybody else’s ridership went down during COVID to about 20%, ours never dipped below 60%, and we’re back up to 80% now”.

As I have noted before, the struggle for free transit and against car culture is critically important in this era where the fight against climate change and inequality are coming so sharply into focus.

While many — understandably given the seriousness of the climate emergency — primarily view the need for free fares through an environmental lens, they can also play a critical role in promoting social inclusion and working to end the marginalization of urban communities and neighbourhoods.

As I have argued before, free transit is an obvious way to incorporate neighbourhoods with high poverty rates or population densities that are detached from the overall economic and cultural life of the city into the fabric of city life as a whole.

Museums, art galleries, cultural or political events, parks and waterfronts and so many other essential parts of the urban experience would be there to visit at no cost in fares.

Beyond opening up a city to neighbourhoods excluded from full participation in it, the reverse is also true. It would open up neighbourhoods that few visit to new possibilities to host cultural or artistic events and to become destinations. This can have profound potential economic and social benefits.

Baruch Compost is the program coordinator for the organization. He said coming from a low-income household, growing up without a car and also struggling to afford the bus made it difficult to go to school and even get a job.

“One of the questions that is often asked in interviews is, ‘do you have reliable transportation?'” Compost said. “Paying for the bus might not seem like much for some folks, but it really does add up.”

“They recognize that zero fares would go a long way to impact air pollution and climate justice here in the City of Albuquerque,” Ramirez said. “If we can get more people out of their cars and into buses, we know that’s gonna have another positive impact on our city.”

Ramirez said even if you don’t ride the bus, you probably know or even rely on someone who does.

What was once seen as an utopian, marginal and fringe idea is increasingly being embraced by mainstream politicians in communities across North America and around the world. The left needs to make fare free public transit a central part of its struggle against climate change and inequality and for social inclusion and economic justice.