All out for Mumia Abu-Jamal Dec. 9 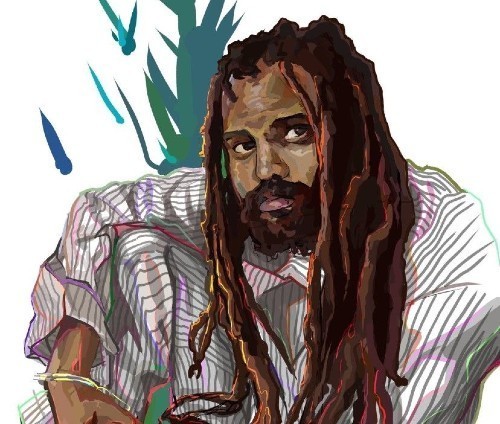 Political prisoner and author Mumia Abu-Jamal was arrested 41 years ago on Dec. 9, 1981. He has been held captive by the state of Pennsylvania ever since. A final hearing on his current appeal is scheduled for Dec. 16 in Philadelphia. 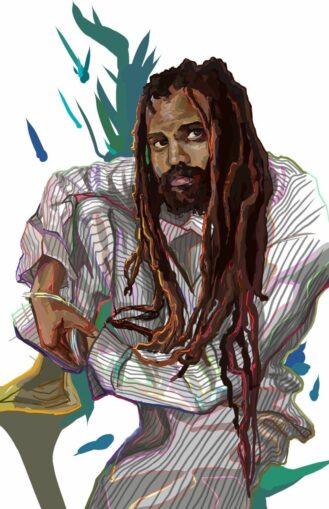 Black activist and artist Brice Patterson, who grew up in Philadelphia during this time, described how he became aware of Abu-Jamal’s case:

“Mumia was someone who became a person of legend. I remember hearing elders and community members speak of him fondly or as a solemn story in passing, a history that for most of my younger years and young adulthood I had no understanding of.

“As I learned more, he transformed into a story of resilience in the face of police brutality. An individual who, at the time of my knowledge, was a target, being dehumanized, beaten and then imprisoned for the death of one of their very own perpetrators. He was made an example of — telling people who looked like him that under this system, they don’t have a right to resist or save themselves from the extrajudicial abuse from the actors, the police, enforcers who wish to control us.

“I learned the history of Mumia’s writing, journalism, activism and the voice he used for his community — a Black Panther, freedom fighter. Someone who challenged the hypercapitalistic, racist, anti-labor and imperialist narratives of the state. Someone who criticized our political system and the police who upheld it. He became even more; he became one of the many silenced for bringing truth and reality to the community he loved and was a member of.

“Then I saw images of him in incarceration — direct from community members who visited him. I saw the torture, the isolation, the attempts to remove dignity, the unjust punishment of an individual who dared to fight injustice. I saw how they allowed him no comfort, neither in accommodation, health or sanitation. Their attempts to strip a soul so profound from his original person and dignity that the conditions he has been put through merely represent the ugliness of themselves.

“I don’t think I’m equipped to fully depict or honor who community members like Mumia are, but I hope in trying my best I do honor him and others who have come before me. So in a way, they know that they are true art, true gifts upon our communities and history.”

(Patterson is the artist who created the drawing accompanying this article.)

Abu-Jamal support groups are calling on people in every city to hold some type of event Dec. 10 — rallies, teach-ins, film showings, flyer distributions — to build for the Dec. 16 court date. In Philadelphia, Making Worlds Bookstore at 210 S. 45th will host the official opening of their “Mumia Abu-Jamal Community Study Room,” by screening “Mumia: Long Distance Revolutionary” from 4-6 p.m. See tinyurl.com/2npetmvj to register.

Around the globe events are scheduled to pay tribute to Mumia and other political prisoners and to raise awareness of his critical court date Dec. 16.

In France, as has happened every first Wednesday each month for years, a rally in support of Mumia is set for Dec. 7 in Paris outside the U.S. Embassy. Supporters will write letters and sign petitions to Judge Lucretia Clemons, who is presiding over Abu-Jamal’s Dec. 16 hearing.

In Germany, a demonstration on Dec. 9 will march to the U.S. Embassy in Berlin and to the Brandenburg Gate. On Dec. 10, the Britain-based Collective for Political Prisoners will do a webinar around Mumia’s case featuring Linn Washington Jr., Johanna Fernandez, Mireille Fanon Mendes France and Julia Wright.

In Mexico City, starting at noon Dec. 11, there will be a demonstration at the U.S. Embassy, followed by a youth-focused gathering featuring the rap of Guerilla Bang Bang, Jamaican style music from Chingona Sound, songs by Eva Palma, a pre-Hispanic dance by Aurelio and friends, graphic work by Ulises Xozulu, body stamps by Colibri and a new banner created by Indiosindios Lopez, plus battle raps of De Batl.

In San Francisco, the Labor Action Committee to Free Mumia Abu-Jamal and Workers World Party are organizing a demonstration Dec. 15 at the Federal Building.

Symbolic but Significant: Why the Decision to Investigate Abu Akleh’s Murder is Unprecedented

​​Symbolic but Significant: Why the Decision to Investigate Abu Akleh’s Murder is Unprecedented