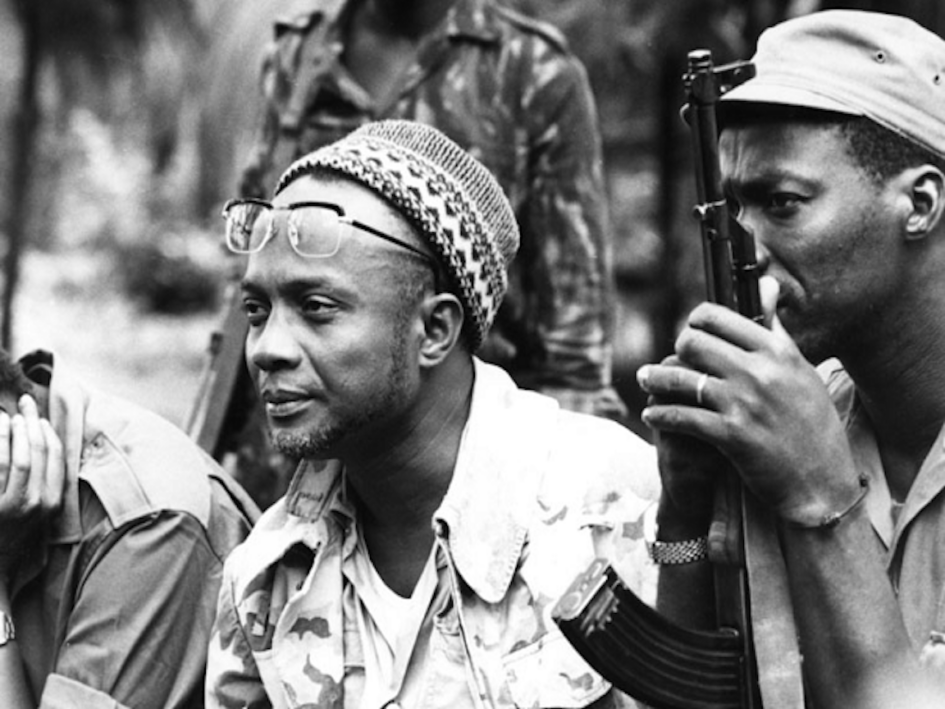 The author, a former member of the Secretariat of the African Party for the Independence of Guinea-Bissau and Cape Verde (PAIGC), writes of African events for Avante, the newspaper of the Portuguese Communist Party. Translation: John Catalinotto.

Half a century ago, on Jan. 20, 1973, Amílcar Cabral, a prominent leader of the  national liberation movement, was assassinated in Conakry [Guinea] by agents of colonialism on behalf of the fascist government of Portugal. 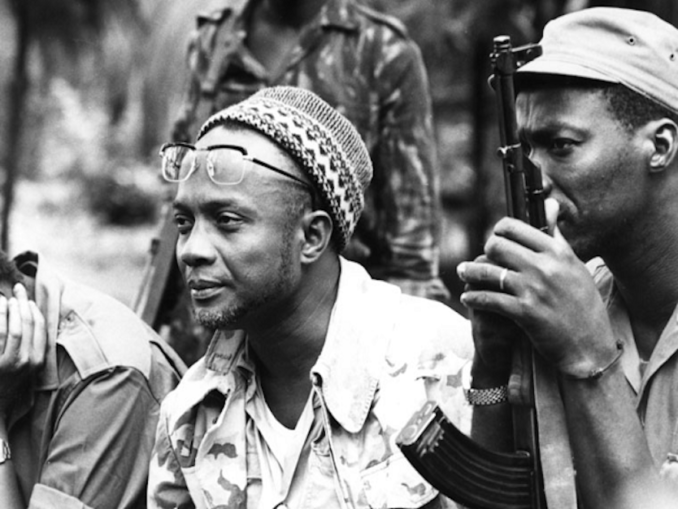 The crime provoked revulsion and indignation throughout progressive humanity. The United Nations, the Organization of African Unity and governments, parties and personalities from different parts of the world condemned the ignoble action by Portuguese colonialism.

The Portuguese Communist Party (PCP), then operating underground in Portugal, asserted that although the African Party for the Independence of Guinea-Bissau and Cape Verde (PAIGC), and the entire national liberation movement, had lost a unique leader, the objectives of the colonialists who commanded the assassins would remain unmet. It expressed its full confidence that the struggle for which Cabral gave his life would continue until the final victory.

The PCP paid tribute to the ardent patriot, who was wholly devoted to the liberation struggle of his people, to the consistent revolutionary leading the construction of a progressive society in his liberated homeland, to the irreconcilable enemy of Portuguese colonialism and sincere friend of the people of Portugal, whom he always considered an ally in the struggle against the common enemy. And the party reaffirmed to the PAIGC and to the peoples of Guinea-Bissau and Cape Verde the entire solidarity and the active and fraternal support of the Portuguese communists in all circumstances.

Cabral’s assassination failed to destroy the independence of the Guinean and Cape Verdean peoples. The PAIGC continued to fight on various fronts and intensified the armed struggle, winning significant victories over the colonial army.

In July 1973, the Second Congress of the PAIGC elected Aristides Pereira as secretary-general of the party. On Sept. 24, the Popular National Assembly, meeting in the liberated zone of Boé in eastern Guinea-Bissau, proclaimed the State of Guinea-Bissau — and most U.N. countries immediately recognized the young republic. [Washington didn’t recognize Guinea-Bissau’s independence until a year later, when the new Portuguese government did. — WW]

With Portugal’s  heavy political, military and diplomatic defeats in Guinea-Bissau, Mozambique and Angola, and the rise of the workers’ and people’s struggles in Portugal, Portuguese colonialist fascism was at death’s door. On April 25, 1974 — 15 months after Cabral’s assassination — the Armed Forces Movement (MFA) overthrew the dictatorship in Portugal. The military uprising and the popular uprising that followed paved the way for the April Revolution. [Called the “Carnation Revolution,” it involved a deepgoing worker uprising in Portugal — WW.]

Following talks between the new Portuguese authorities and the PAIGC, an agreement was signed in Algiers on Aug. 26, in which Portugal recognized the Republic of Guinea-Bissau and reaffirmed the right of the people of Cape Verde to self-determination and independence. The Portuguese government recognized the de jure independence of Guinea-Bissau on Sept. 10, 1974, and Cape Verde became independent on July 5, 1975.

The peoples of the two countries proclaimed Cabral their national hero and the founder of both the Guinean nation and the Cape Verdean nation.

Nothing can stop the march of history

Son of Cape Verdean parents, Cabral was born on Sept. 12, 1924, in the city of Bafatá, in the then-colony of Guinea. Years later, the family moved to the island of Santiago, in Cape Verde, and there the young Amílcar finished elementary school. Between 1938 and 1944, he attended São Vicente High School. A brilliant student, he promoted cultural initiatives, wrote poetry, presided over the students’ association and played soccer.

In 1945, Cabral came to Portugal with a scholarship and enrolled at the Instituto Superior de Agronomia in Lisbon. In the post-World War II environment, with the defeat of Nazi-fascism, the growing prestige of the Soviet Union, and the emergence of emancipatory struggles of peoples in Asia, Latin America and Africa, Cabral studied and socialized with other Portuguese and African youth.

Among his colleagues were Agostinho Neto, Mário de Andrade and Lúcio Lara, from Angola; Marcelino dos Santos and Noémia de Sousa, from Mozambique; Alda Espírito Santo, from São Tomé and Príncipe; Vasco Cabral, from Guinea, among others. Cabral participated in the activities of the Empire’s Student House, created an African Studies Center (for the “re-Africanization of the spirits”), gave literacy classes to workers, demonstrated against the rise of NATO and was an active member of the Youth Democratic Unity Movement (MUD), which opposed the fascist dictatorship.

After finishing his degree and internships with high marks, he chose in 1952 to work for the Guinea Agricultural and Forestry Services. In the then-colony, as an agricultural engineer, Cabral held several positions and directed the agricultural census of the territory, thus deepening his knowledge of the reality on the ground. In 1954, he tried to create a sports and recreational association in Bissau, but the colonial authorities considered it subversive, forbade it and forced him to leave his native country.

Cabral went on to live and work in Portugal and Angola — where he came into contact with patriots who would later form the Popular Movement for the Liberation of Angola (MPLA) — with brief trips to Guinea. On one of these trips, on Sept. 19, 1956, he founded the African Independence Party (PAI) in Bissau with other patriots, which later became the PAIGC. In January 1960, he left Lisbon for good, and in May he set up the PAIGC leadership in Conakry, in the Republic of Guinea [a former French colony bordering Guinea-Bissau].

From then on, Cabral and his companions — among them Luís Cabral, his brother, and Aristides Pereira, who would become the first presidents of the Republic of Guinea-Bissau and the Republic of Cape Verde — prepared the conditions for the coming struggle. First he attempted, once again, a peaceful solution for the liquidation of colonial domination in the two territories. On Dec. 1, 1960, the PAIGC sent the Portuguese government a memorandum proposing negotiations on independence. It received no response.

Thus, faced with the total intransigence of the Portuguese fascist and colonialist dictatorship and, on the other hand, with the widening of the political struggle and the increase of international support, on Jan. 23, 1963, the PAIGC opened the armed struggle for national liberation in Guinea with an attack on the military barracks of Tite, in the south of the territory.

From then on the struggle developed constantly, both politically and militarily, and diplomatically, with successive successes by the PAIGC, which coordinated the liberation struggle with the MPLA, which began the armed struggle in Angola in 1961, and FRELIMO, which proclaimed a “general armed insurrection” in Mozambique in 1964.

In desperation, the colonialists tried to stop the PAIGC’s advances — especially the proclamation in the liberated regions of the national state of Guinea-Bissau, the first in its history — by assassinating Amílcar Cabral.

A few days before his death, in his New Year’s message to his party militants in January 1973, the PAIGC leader warned that “the situation in Portugal is deteriorating rapidly, and the Portuguese people are asserting, with increasing vigor, their opposition to the criminal colonial war.” And that for this reason, “the fascist colonial government and its agents in our land are in a hurry to see if they can change the situation before they are completely lost in their own land.”

Anticipating the future, Cabral predicted: “But they are wasting their time, and they are wasting in vain and without glory the lives of the young Portuguese they send to war. They will commit even more crimes against our people; they will make many more attempts and maneuvers to destroy our Party and our struggle. They will certainly carry out many more acts of shameless aggression against neighboring countries.

“But all in vain. Because no crime, no force, no maneuver or demagogy of the criminal Portuguese colonialist aggressors will be able to stop the march of history, the irreversible march of our African people of Guinea and Cape Verde toward independence, peace and the true progress to which they are entitled.”

A valuable contribution to the peoples’ struggle

Cabral’s assassination was not the first attempt by the Portuguese colonialists and their servants to destroy the PAIGC and halt the struggle for national and social emancipation of the peoples of Guinea-Bissau and Cape Verde.

As early as the late 1950s and early 1960s, while the party was being established and strengthened, “the criminal Portuguese colonialists and other enemies of our people used opportunists to create false movements outside our territory, to throw confusion around our struggle, to bar the way to the glorious march of our Party,” Cabral recalled, less than a year before his death.

In a March 1972 circular entitled: “We will reinforce our vigilance to unmask and eliminate the agents of the enemy, to defend the party and the struggle and to continue to condemn to failure all the plans of the Portuguese colonialist criminals,” the PAIGC secretary-general denounced that, over the years, “the Portuguese colonialist criminals have spared neither effort nor money to try to buy off party leaders and officials.”

Along with bribing and recruiting traitors, the colonialists promoted permanent campaigns based on racism, “tribalism” and religious differences, seeking to sow division in the Party’s ranks, to break its unity and to “destroy the PAIGC from within.” And they always made plans to arrest or kill the party leaders, particularly the secretary-general, because they were convinced that the arrest or death of the main leader would mean the end of the party and the struggle.

In November 1972, the liquidation of the PAIGC leader was the main objective of the Portuguese colonialists’ and their lackeys’ participation in the invasion of the Republic of Guinea, in the failed Operation Mar Verde, organized at the highest level by the fascist and colonialist government of Portugal.

The fascist colonialists never gave up on decapitating the PAIGC, until they physically eliminated its leader on Jan. 20, 1973, in an attempt to stop the struggle of the people of Guinea-Bissau and Cape Verde for liberation. But their effort was in vain, as history has shown.

Today, the legacy of Amílcar Cabral, revolutionary, patriot and internationalist, constitutes a valuable contribution to the struggle of the peoples for freedom, sovereignty and independence, for social progress, as well as a heritage of those who fought against the Portuguese fascist and colonialist regime.