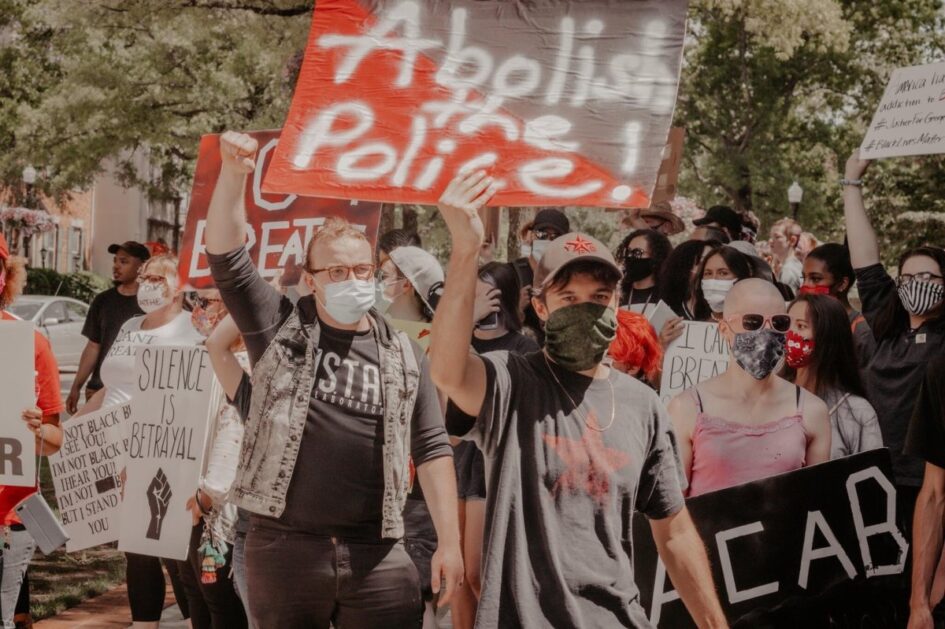 Nicholas Kade Edwards is a graduate student from the southern United States. He wrote to the Phoenix about his experiences living in the south, and how he was radicalized across the “red state/blue state” line.

In the wake of the George Floyd Movement, leftists and journalists across the country were shocked to see working class, anti-police movements in small towns across the south. In so-called deeply conservative and religious “red states,” how could there by such protests, even those carrying the demands, ideology, and banners of the communist movement? My own story, deeply rooted in the suffering of the working class in the region, in the greater context of the political developments of our era, suggests that we shouldn’t have been so surprised by these developments.

In the struggle for human liberation and victory over the forces of capital, education, and organization are intrinsically linked. Like the foundation of one’s home, education supports and ensures fidelity to the organization built atop it.  In this respect, the bosses of the world hold a key advantage over the workers’ movement by means of the state educational apparatus.  In particular, potential comrades in the southern United States suffer innumerable disservices in public schools.  The typical critiques of the American educational system apply – its history is sanitized, its philosophy is uncritically reproduced, and its science is dogmatic. However, in the cultural atmosphere of the South, the educational system and the forces of reaction, who often overlap, have come together in an attempt to create a totally-unquestioning proletarian class. As Marx once wrote of Germany, “everything is forcibly repressed; a real anarchy of the mind[…] prevails” in the Southern public school system.

This synthesis combines the prevailing Christian sentiment of the South with virulent anti-communist propaganda.  As is so common with the many harmful facets of capitalism, this environment is self-replicating and self-perpetuating.  The citizens and thinkers created by such conditions work, under false consciousness, to recreate the conditions that created them, and created the austerity that today produces cold homes in Texas, and COVID outbreaks throughout the region.  The students of reaction become the teachers of reaction.

As a child, I was often exposed to these sorts of teachers.  Before my political awakening as a teenager, the conservative politics of my teachers struck me as odd and occasionally abrasive.  After all, I grew up in a relatively non-political household.  When asked, my parents told my siblings and me that the Republicans “only cared about rich people,” so they voted Democrat.  When I felt brave enough to protest against my educators’ perspectives, my classmates were shocked that they found themselves in the presence of a “liberal.” For them, such a label carried a sinister implication.  To be a liberal – a Democrat – meant that you stood for higher taxes, fewer “freedoms,” and “killing babies.”  Worse yet, a Democrat could even be a communist.

Communist.  What could this word have meant to a child of the Deep South?  Obviously, television and film taught me to associate the word with evil.

“The communists killed more people than Hitler.” I must have heard that phrase a dozen times in my elementary and high school history classes.

“The Russians hated Christianity and God,” my fourth grade teacher said earnestly to a group of twenty -five impressionable children.

I had no reason to disbelieve them.  The world around me presented one narrative on communism: it constituted a threat to the American way of life.  It was an alternative with no future aside from pain and suffering for people like me.  This inculcation continued until the summer of my fifteenth year.  At the height of the 2012 election, tensions were high in the South.  As Barack Obama’s reelection loomed, Tea Party conservatives leaned into red-baiting in an attempt to bolster businessman Mitt Romney’s chances of unseating the incumbent president.  The word “communist” suddenly became a part of the American political vernacular, in the wake of the occupy wall street movement and more open attacks on the efficacy of capitalism.

At this juncture in my life, I was living in a dilapidated mobile home on my grandparents’ land.  In another area of the country, it surely would have been condemned.  The floors sagged, and the walls peeled back to expose the outdoors.  In the dead of winter, the trailer’s electrical system failed, leaving us in the cold.  My parents had separated, and my mother supported herself and three children on a meager salary.  Diabetic since the age of eight, I was a particularly expensive member of the family.

Between my disability and my family’s poverty, I could not shake the feeling that something was wrong with the society in which I lived.  I could not comprehend why we were allowed to live in such conditions in the wealthiest, most powerful country in the world.  I began to search for answers.  In the beginning, I turned to Libertarianism – the first stop on the path to radicalization for many white American boys.  However, my love affair with Randian politics was short-lived.  It became clear to me that the system did not need to be replaced with a “purer” version of itself.  Rather, I came to conclude, this world yearned for a rebirth.

Slowly, the thought entered my mind: What of socialism?  What of communism?  Are they really so bad?  The question had always lurked in the back of my mind.  The Union of Soviet Socialist Republics – the avatar of international socialism – had defeated the Nazis and ended the Holocaust, after all.  I had made up my mind.  I purchased copies of Das Kapital, The State and Revolution, and The Communist Manifesto with the twenty dollars I had been given on my birthday.  Perhaps unsurprisingly, the Manifesto spoke most clearly to me.  Indeed, the tract seemed to call for revolutionary violence, but so did the architects of my country.  Marx, I thought, seemed to have it right.

I became absorbed by the intellectual world of Marxism.  I eagerly joined online communities in hopes of learning more about leftist theory.  I swayed between revisionist and anti-revisionist stances and eventually came to embrace Marxism-Leninism.  I eagerly shared my new political beliefs with any who would listen.  With time, I became the resident Marxist in my hometown.

I often ask myself, how did I come to believe such things?  My experience is hardly unique; untold numbers of children suffer under the same conditions every day.  However, few of them become ideologically disciplined by their poverty.  My discovery of Marxism was rapid and confused. However, with organization, the workers’ movement can reach more hearts and minds.  Capitalism provides the Marxist with innumerable opportunities to spread their convictions.  In the South, class consciousness is on the rise.  In Alabama, workers have taken a stand against Amazon’s brutally exploitative working conditions and have risen against state violence during the 2020 George Floyd protests.  An anger exists in the working class – one that socialists must recognize.  To turn that anger towards our enemies is the best hope we have for liberation.

‹ APL: Afghanistan and the Task of Working Class Activists in the United States