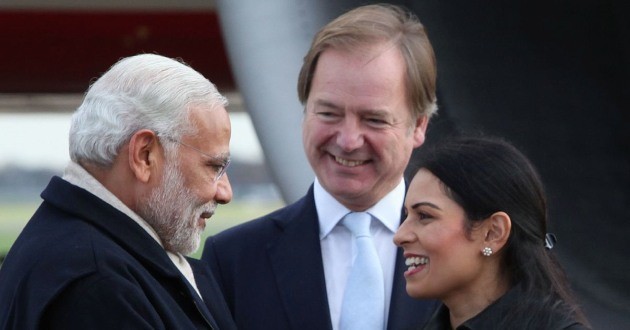 Two themes loom over the announcement that the UK is launching trade talks with India – farmers and Big Pharma, says Jean Blaylock.

Last year, India’s farmers had a stunning victory when year-long protests against ‘anti-farmer’ laws were successful. Three new laws, rushed through under the cover of the pandemic emergency, would have given away the government’s ability to sustain the food system, stripping away jobs and livelihoods from millions of small-scale farmers and handing control to agribusiness.

Multinational agribusiness has long had its eye on India’s farm sector, and many saw these farm laws as also preparing the ground for future trade deals – with the UK and elsewhere – which would further expose farming communities and natural resources to mega-corporations.

But the farmers resisted. Over forty farmers’ unions joined together, marched to Delhi and refused to go home. They faced down police violence, water cannon, tear gas, media slurs and the weather, until in November India’s prime minister, Narendra Modi, finally agreed to repeal the laws.

Modern trade deals have increasingly become useful tools for circumventing democratic debate and protest. They are negotiated behind closed doors and full of jargon as if their scope is limited to mere technicalities

The protests were an amazing show of people power, building solidarity across religion, gender and caste. There is concern though, that while the government has been forced to back down in the face of this massive opposition, it may look for another means to getting its own way. And a trade deal with the UK is a big risk, because the UK claims one of its objectives in pursuing the deal is to break open the agricultural market in India for British agribusiness..

Modern trade deals have increasingly become useful tools for circumventing democratic debate and protest. They are negotiated behind closed doors, with many people totally unaware talks are going on. `They are full of jargon, as if their scope is limited to mere technicalities. As a result, vitally important measures that affect jobs, standards, health, climate and the environment can be horse-traded without public scrutiny. And afterwards, the trade deal provides political cover for a government that wants to deregulate, with politicians saying their hands are tied.

India has long been known as the ‘pharmacy of the developing world’ because it has resisted some of the monopoly demands of Big Pharma. This allows India to produce masses of medicines which the world needs at reasonable prices. For instance, it has stronger rules against ‘evergreening’, which is when pharma companies make small tweaks to a medicine as it approaches the end of the patent monopoly and re-patent it, extending their monopoly.

India’s vaccine production expertise has been vital during the pandemic. But global trade rules on patents (known as TRIPS) which give pharmaceutical companies monopolies, have already been a barrier to low and middle-income countries’ response to the pandemic. India and South Africa have led calls for a TRIPS waiver that would allow the recipe for pandemic-related vaccines and medicines to be shared. The call is supported by more than 100 countries so far, but the UK is opposing it.

We know that lobbyists for pharmaceutical giants want to use trade talks to instead impose even more restrictive rules, and the UK has said it wants to use this deal to secure changes to India’s patent laws. We need clear assurances from the UK government that it will not give in to Big Pharma’s pressure to increase their stranglehold on lifesaving medicines and vaccines.

And there’s more still. A future India-UK trade agreement should explicitly state that climate goals and commitments take precedence over the trade agreement. If there is any conflict between the two, it should be the climate goals that take precedence. That would mean a trade deal would need to actively make space for climate policies – rather than hedging the climate imperative with a requirement that it does not to be ‘burdensome’ to big business. Such deals must promote access to the tools and technologies needed for a climate transition, and not restrict them.

India has currently rejected the controversial ‘corporate courts’(formally known as ISDS) which can be written in to trade deals. Fossil fuel companies are already using these to sue for more than $18 billion. But the UK has not ruled out using the trade talks to get the Indian government to change its position on these secretive courts.

Rules in an India-UK trade deal should also not be used to deregulate, or prevent regulation of, the digital economy. All of our societies are in a very fluid state of working out how best to regulate and manage the digital world and the monopoly power of the digital platforms. That process should not be preempted by trade rules.

On farmers and food, vaccine inequality, climate justice and digital rights, we need to act in solidarity – and not allow trade rules to sacrifice people to corporate profit.

Jean Blaylock is the Campaigns and Policy Manager at Global Justice Now.

Are the wheels coming off the bus operators’ race to the bottom? – News from the Frontline

Gig work in India and the role of trade unions

Fighting Racism in Construction from the bottom up

Huey Newton, George Jackson & What They Mean to Us

What do we mean by metabolic rift?

What do the 2021 election results mean for the US working class?

What do the 2021 election results mean for the US working class? – The Militant