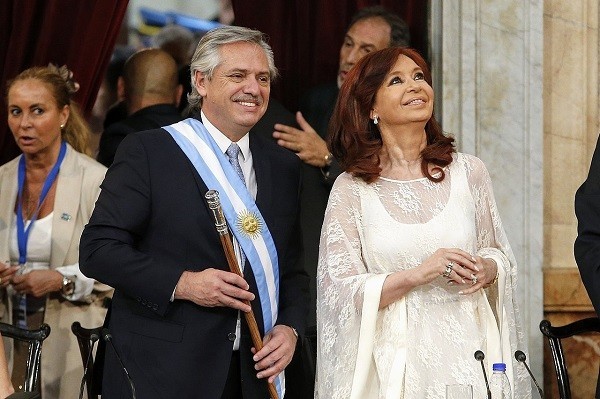 On Sunday, 14 November, elections took place in Argentina in which the Peronist government was the main loser. This was despite the big demonstrations they called, mobilizing the trade union federations that they still control, to try to save Peronism.

This was a big defeat for the Argentine Peronist government, under its banner, Frente de Todos. They barely won two of the eight provinces and lost in the main regions.

Almost half of the seats in the Chamber of Deputies were up for grabs in the elections, as well as a third of the seats in the Senate. The Peronist government, led by President Alberto Fernández, suffered a defeat at a national level. This was despite the fact that they managed to get an even vote in the provinces. The deep economic crisis saw sections of the population give a victory to the Macrista (the former right-wing President) right. This indicates that the next two years will be very unstable for the government and for society, as a whole.

The opposition emerged victorious in the three most important provinces of Argentina, under the parliamentary list of the Together for Change coalition, to which former President Mauricio Macri belongs.

This inevitably results in a weakening of Peronism, especially in the Senate, where it lost the majority it had maintained for the last 30 years.

Another novelty of these elections was the entry in the congress of the extreme right Trans-Andean Congress. This has not been seen since 1983. In Buenos Aires, a member of the party, ‘Libertad Avanza’, Javier Milei, won 17.03% of the first preferences.

Another important milestone in these parliamentary elections in Argentina was the leap forward by a coalition of the Trotskyist left, FIT-Unidad, which managed to elect four national deputies. The left coalition won 1.3 million votes – a not inconsiderable vote for a radical left front.

The Left Front, which despite its polling distance from first and second place, becomes the third force at the national level. It is challenged at this position with Milei’s ultra-right, which shows how Argentine society is polarizing.

The left will have four seats at the national level, two legislators for the city of Buenos Aires, two deputies for the third electoral district of the province of Buenos Aires, and several councillors in this same district.

The FIT-Unidad has made important gains in the midst of a great crisis in Argentina. It now is established as a significant political force, although quite far behind the larger coalitions.

If it turns towards the labour movement with four national deputies, participating in the different social struggles and with the prospect of strikes by workers, it can grow, and become a big factor in politics.

The FIT-Unidad scored the most significant result in its history. In the province of Buenos Aires, it gained almost 600,000 votes (6.82%) for Nicolas Del Caño and Romina del Plá enter, as well as two provincial deputies (Guillermo Kane-PO -and Graciela Calderón-IS). Several councillors were picked up in urban municipalities, La Matanza, Merlo, Moreno and José Paz. This means that it made inroads into the working class districts.

For the first time in 20 years, the left has deputies from these districts to the National Congress. Myriam Bregman (PTS), obtained 7.76%, a little more than 141,000 votes, and Gabriel Solano (PO) and Alejandrina Barry also entered as deputies for the PTS. For his part, Luis Zamora of Self-Determination and Freedom also stood and won 3.07%. This means that the left, as a whole, won almost 11% of the votes in the capital of the country.

To the above, we must add a triumph in Jujuy, where Alejandro Vilca, a garbage collector worker, an indigenous representative of the Colla people, and a militant of the PTS (Socialist Workers Party), was elected with 25% of the votes (more than 100,000 votes).

The FIT-Unidad will also continue to have parliamentary representation in Neuquén, with two provincial deputies and two councillors, in Córdoba, with two legislators and a councillor, and in Jujuy, with three councillors who had won their seats in the provincial elections earlier this year.

New battles lie ahead. There will be a fight over an enormous and unpayable debt with the IMF. The struggle will be to ensure that the workers are not made to pay for the debt rather than those who have taken the money.

Attacks such as the reduction of pensions and wages of workers, attacks on the health budget, education and other basic rights of the working class, are taking place. Yet finance capital, landowners and large economic groups continue to gain and accumulate millions. The result of this is already too evident – currently, 40% of the population are living below the poverty line.

This situation, which is bad enough in itself, could be deepened with an agreement by the Argentine government with the IMF, which points to new attacks against the working class. The ruling class is already calling for “realism” and the government blames former President Macri for the current situation. Yet it is still attempting to get an agreement with the right-wing on how to implement the cuts, seeking the much-desired ‘governability’ to try to sustain attacks against the poor. This will increase the anger and popular discontent to an even greater level.

The government is in the worst of situations. It has just suffered an important electoral defeat, despite reducing the loss it had already had in the primaries (PASO). But it lost the majority in the Senate and came out weakened.

The Left Front Unity campaign focused on two central points – rejecting adjustment and submission to the IMF, along with fighting for a 30 hour week (six hours day, five days a week), maintaining a salary equal to the family basket, along with gender rights and defence of the environment. These were policies that gained support among sections of the population that are looking for an alternative to the current unjust system.

It remains to be seen how this struggle can be continued, how to organize employed and unemployed workers, and how to coordinate the struggles. New struggles will take place and the FIT will need to be able to reach out and win workers away from Peronism and offer a real alternative. This is the test it faces in the coming period. It needs to take the steps to initiate the building of a broad mass working class party with a full socialist programme.

Their elections and our struggle