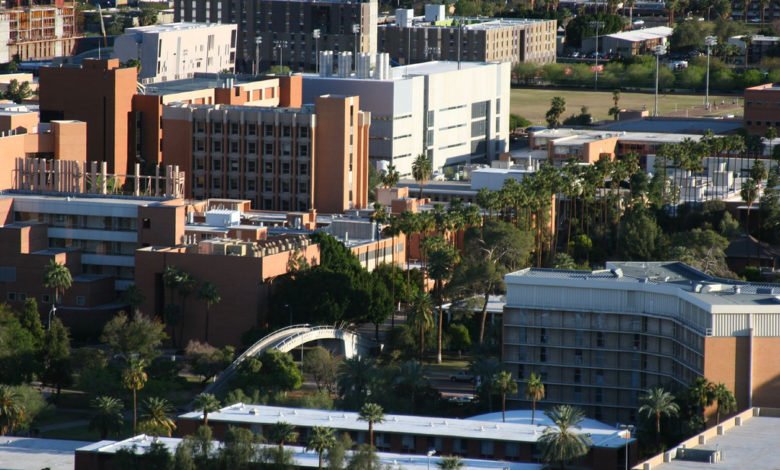 Arizona State University, like many other college campuses in America, is a pivotal location for the struggle against racism. The campus has had several incidents calling attention to the mistreatment of Black and Brown people in Arizona, such as when a Black professor was tackled to the ground for “jaywalking” by an ASU police officer in 2014. After the uprising against racism in 2020, many student groups have called for the defunding and disarmament of the ASU police department, as well as the creation of a “Cultural Excellency Center” on campus.

The Cultural Excellency Center, also referred to as the Multicultural Center, is a long-running initiative spearheaded by the Multicultural Solidarity Coalition — a non-ASU-affiliated coalition of students who have been fighting for a space on campus since 2016. The organization’s vision for the MCC, as outlined in their executive summary, is to provide a “physical space” housing increased services and a safer environment for marginalized communities on campus.

Arizona State University administrators have been hostile to the idea of a multicultural center, as it would require the university admitting it has been lacking in addressing the needs of marginalized students. One administrator, Joanne Vogel, once stated that “all of ASU should be a multicultural center,” ignoring the need for services and safety that marginalized communities on campus had been demanding.

Since the summer uprising against racism in 2020, ASU has made some concessions to MSC. The first was to provide a single room in the student services building over which the coalition could have creative and operational control.

The MCC room opened last month at the beginning of the school year and has already seen a near-violent confrontation between right-wing white students and MSC leaders. On September 24, two white students, one of whom has been identified as Chase Beckerton, entered the MCC with stickers and T-shirts sporting slogans such as “police lives matter” and “didn’t vote for Biden.” When Beckerton and the other students were asked to put away their right-wing apparel, they refused and immediately started becoming argumentative and recording the interaction. What followed was a heated argument between MSC organizers and the two right-wing students, who insisted they should be allowed to stay in the MCC to express their “white culture.”

A video, originally posted by MSC in an attempt to document the near-daily provocations of racist, far-right students on campus, went viral on many right-wing social media pages. These reactionary news outlets cited the incident as blatant “anti-white” bias, claiming that the students were simply kicked out because of their race. As a result, MSC organizers faced thousands of death threats, racist insults, doxxing attempts, and calls for expulsion.

Coalition organizers responded by reaffirming their goal of  “advocating for students from marginalized communities” and calling on students to “keep defending these spaces” from right-wing attacks. In their response, MSC details how ASU did not take their warnings about safety seriously, and has not provided them with precautionary safety measures they requested to prevent these confrontations. In addition, the MSC linked several resources explaining their political line, the importance of the Multicultural Center, and why “reverse racism” does not exist there, in defiance of the right-wing backlash the coalition has been receiving.

Since then, ASU has released a short, bland statement calling for “respectful dialogue from all students.” In response to the incident, students have risen up to protect and defend the Multicultural Solidarity Coalition under the hashtag #DefendMSC. The Black African Coalition, one of seven institutionalized student coalitions on campus, released a statement in support of the MSC. It said ASU had told them it will be implementing increased security measures to protect marginalized students. In addition, the BAC is hosting a town hall at the MCC to address ASU’s failures to safeguard marginalized students on campus.

Other student groups have been vocal in defending the MSC and organizing against the threat of right-wing violence on campus. Early next month, progressive organizations on campus such as Students for Socialism, Students for Justice in Palestine, and MECHA de ASU are hosting a “Fascism on Campus” event to call attention to the many far-right, racist and fascist organizations that use the ASU campus as a safe haven.

The recent altercation, while directing much right-wing vitriol at progressive organizers, has served to rally and unite many organizations on campus in defense of the Multicultural Center and the Multicultural Solidarity Coalition.

Check out the new issue of Struggle-La Lucha:Fight to defend…

Check out the new issue of Struggle-La Lucha:Defend Haitian…