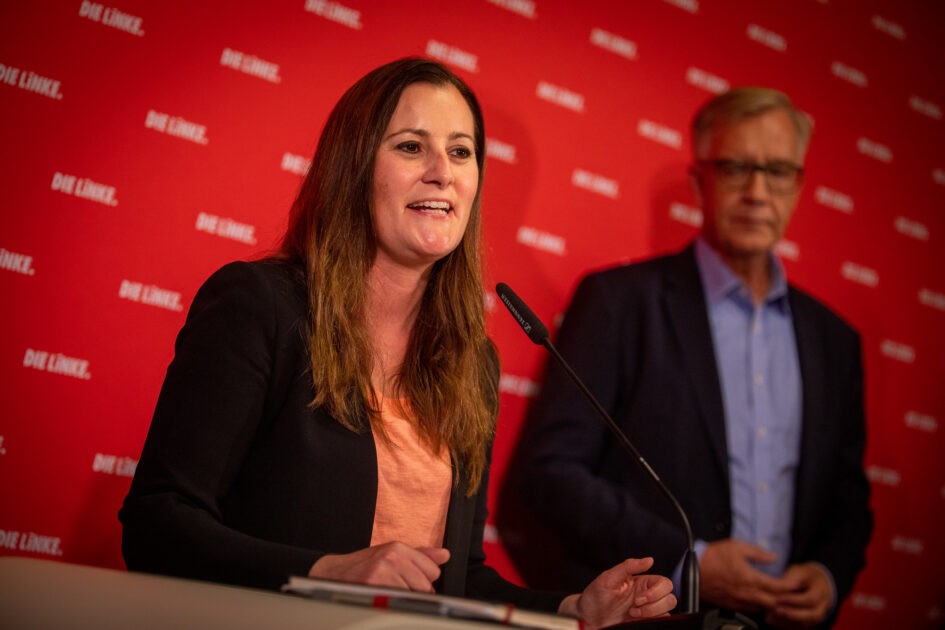 This story originally appeared in Jacobin on Sept. 29, 2021, and is shared here with permission.

Sunday’s elections in Germany could certainly have turned out worse. For the first time in over two decades the left-liberal camp as a whole made gains: The Social Democratic Party of Germany (SPD) under Olaf Scholz and the Greens each gained more than 5% on their disappointing 2017 results, while the far right failed to make further inroads, its support declining slightly. In a simultaneous referendum on nationalizing the housing stock of large corporate landlords in Berlin, voters sent an unambiguous message to the entire republic. The campaign, ending in a 56% vote to nationalize, highlighted the excesses of a privatized housing sector and an out-of-control real estate market in large cities, which have become intolerable for most working-class people.

But no one on the broad left can be satisfied with the election result. In the run-up to the election, polls had predicted that a center-left coalition comprised of the Social Democrats, the Greens, and the socialist party Die Linke would be a numerically possible, albeit politically unlikely, option for Germany’s next government. In the end, “Red-Green-Red” ended up just five seats short of a majority in Parliament. Although the evening turned out to be somewhat disappointing for the Greens, the shortfall for Red-Green-Red primarily owed to a disastrous performance by Die Linke.

The party’s support was halved, from 9.2 to 4.9 %—thus slipping below the 5% threshold to enter Parliament. Its continued presence with 39 MPs (down from 69) is only assured due to a quirk of German electoral law: Because it won three first-past-the-post constituencies in Berlin and Leipzig, it was awarded the rest of its seat share according to proportional representation. Therefore, a few thousand votes in two Eastern cities saved it from near-total electoral obliteration on the federal level. All three districts were won thanks to personal votes for respected and well-liked figures such as Gregor Gysi, former chairman of the parliamentary group and leader of the opposition, who hoisted the dysfunctional party into Parliament once more.

Die Linke’s leadership reacted to the resounding defeat with the usual phrases of contrition, promising introspection and careful evaluation. But it is already obvious that the party’s electoral strategy has failed on all fronts. Its self-conception in recent years has been to provide a relatively neutral platform for the advancement of a diverse set of activist causes. Advocates of this approach within the party have long depicted it as a necessary modernizing step, insisting that the influx of younger, progressive, and highly politicized members would rejuvenate an aging party once dominated by older, working-class members from former East Germany. As a result of this strategic turn, voters were confronted with chaotic and contradictory messaging. Instead of running on core issues, the party offered up a seemingly uncoordinated public image, paired with a boring and inward-facing campaign mostly aimed at preaching to a small group of loyalist voters instead of broader outreach.

The party’s activist wing is quick to point to the success of Berlin’s housing referendum as proof that the future belongs to “movement politics.” But this conflates issue-specific campaigning with building the foundations for lasting electoral success and state power.

The result of the referendum shows that left-wing politics—even when presented in terms of explicitly radical demands—is broadly popular. However, this potential is in no way reflected in the popularity of left parties. More than one million Berlin voters opted for the socialization of corporate-owned housing. But the Greens and Die Linke—the only major parties that do not openly plan to thwart the result of the referendum—together scored under 600,000 votes.

In other words, like many people across the country, Berliners want left-wing policies, but they deeply distrust and dislike left-wing parties and politicians. The implementation of the nonbinding referendum faces an uncertain path forward under the incoming city government led by SPD mayor-elect Franziska Giffey, which will be deeply hostile to its aims. It will quickly become clear that transformations of this magnitude are not possible without socialist influence inside state institutions. An activist vanguard suspicious of electoral party politics will have to face the fact that, in societies like Germany, politically staffed institutions have greater leverage over matters of public administration than loosely affiliated social movements.

A party, especially a socialist party, needs to be more than a collection of social movements. It must bundle the voices of a diverse working class in city, town and country, migrant and nonmigrant alike—but more than that, it must articulate them as a common interest. For years, Die Linke clearly hasn’t aspired to this aim—with politics by and for the working class falling out of fashion. Sunday’s defeat was the electoral outcome of this longstanding neglect of class formation.

The Worst of All Worlds

Die Linke’s result is perhaps the worst imaginable for the future of the party. On the one hand, the party is so weakened that it can no longer serve as a much-needed corrective in the parliamentary system. It is largely thanks to the party’s presence in the Bundestag that the pace and intensity of austerity in Germany slowed down after 2005; some steps in the right direction, such as the introduction of a statutory minimum wage, were taken thanks largely to pressure from the left on centrist governments.

But, from the perspective of Germany’s ruling class, the danger of an ascendant left has now been averted for the foreseeable future. For Germany’s working poor and unemployed, the going will get tougher under an emboldened center-left ready to cut deals with neoliberals and conservatives.

On the other hand, Die Linke’s result isn’t quite disastrous enough to force a real renewal in terms of personnel and strategy. Neither Dietmar Bartsch nor Janine Wissler, jointly heading the party list, have done particularly badly in recent months—but a few strong appearances in political talk shows are not enough to make up for years of amateurish public relations and failed political communication. The party needs a new image, and that in turn means—at the very least—a change of personnel.

Die Linke’s continued status as a parliamentary group probably means that those mainly responsible for the disaster—whether at party headquarters, within the parliamentary caucus, or the party foundation—will probably be able to keep their posts. This means that what is likely the last opportunity to save the party from irrelevance is about to pass.

In terms of electoral strategy, the party can’t rely on small majorities in a handful of urban districts in the East, won, for now, by party grandees of yesteryear. It has to develop a political vision that connects with significant sections of mainstream society, not just specific, highly politicized subcultures. Sadly, those within the party who have in recent years called for outreach to the working class in its full diversity, including the unemployed and older workers, have been shouted down and denigrated as reactionaries. The dominant consensus within the party has instead been to regard these sections of the working class as expendable to its success, and as a cultural obstacle to reaching younger voters: a zero-sum demographic calculus that ignores that successful parties of the left need to unite and inspire disparate groups with a unifying message, instead of micro-targeting each activist constituency with maximalist demands.

With the staunch centrist Scholz likely to be the next chancellor, Germany urgently needs a party in Parliament that stands to the left of the SPD: as a corrective on issues of redistribution and the welfare state, as a mouthpiece for the excluded, as a voice for peace and disarmament, as an innovator in inclusive green industrial policy led by public sector investment. Yet the road to rebuilding Die Linke as such a force is steep. Only 6.6% of trade union members voted for the party on Sunday, compared to 17% in 2009, and it did even worse than the staunchly neoliberal Free Democratic Party (FDP) among this group of voters. For a party that has long seen itself as the sole remaining voice of workers, this is an unprecedented failure.

Through Die Linke’s continued parliamentary presence, voters have given it one last chance to return to its roots—and once again become the voice of Germany’s struggling working class.