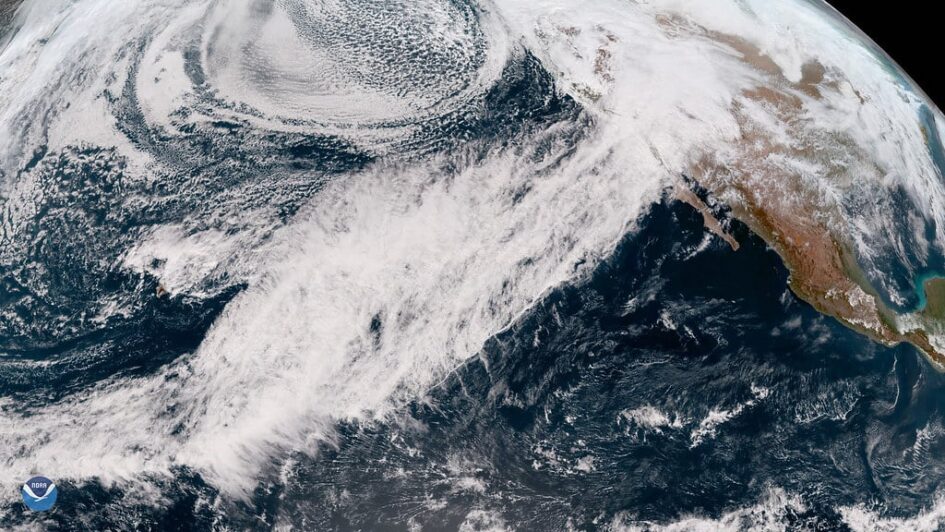 As of this writing on Jan. 13, California is experiencing its ninth atmospheric river since Dec. 26, 2022, with three more expected to come within the next few days. These are not normal rain storms. Atmospheric rivers bring hurricane force gusts along with massive amounts of rainfall in a very short period of time. Rainfall is now 400% to 600% above average for the month, with 25 to 40 inches recorded around the state since late Dec.

With these back-to-back storms, soil has become oversaturated, causing major flooding, mudslides, debris flows, downed trees, sinkholes and widespread power outages. Burn scar areas, still recovering from massive wildfires, lack vegetation to hold the soil in place causing entire hillsides to collapse. There have been 21 deaths reported so far — which is more than occurred in wildfires over the last two years.

Half of California’s 58 counties have been declared disaster areas. Hundreds of thousands have had to evacuate at different points over the last two weeks. Dozens of highways are inoperable and 40 state routes have been closed, with over $1 billion in damages expected. There are too many areas flooded to name, but one of significance is the threat that the Monterey Peninsula may become an island as the waters of the Salinas River continue to rise, cutting the peninsula off from the mainland.

This is the type of extreme weather that will only worsen as the climate warms. A warmer atmosphere holds more moisture, increasing the frequency and severity of these flash flood events. We are currently just above 1 C warming over pre-Industrial levels — with each degree the atmosphere holds 7% more moisture. This has doubled the chance of catastrophic megafloods, increasing the likelihood by 400% for the state.

Despite California reservoirs seeing improved water levels, the 20-year megadought is far from over. With climate change comes “weather whiplash,” which in California is manifesting as a rapid shift from extreme drought to extreme rainfall. This destructive weather pattern is being seen across the United States and the globe. Weather whiplash can also come in the form of extreme temperature shifts like was experienced east of the Rockies in late December, which went from an Arctic deep freeze to temperatures in the 60’s within days. As the atmosphere and oceans warm, air and water currents are becoming destabilized, which is triggering extreme weather of all types, including these atmospheric rivers and whiplash events.

California is the most hydrologically managed state in the country with levees, dams and reservoirs channeling water away from historic floodplains, sequestering water for the dry months. This century-old system — which had major ecological impacts when created — now has even more negative impacts and was not built to withstand the current cycle of extremes. By channeling water away when it does fall, the groundwater gets little chance to replenish.

Instead we need slow water systems that allow rainfall to replenish the aquifer, restoration of wetlands and floodplains and creation of green infrastructure in urban areas to absorb water. These mechanisms mitigate flood and drought and defuse the power of water during deluges, which is only intensified by concrete flood control structures. These types of transformations, which would have immense ecological benefits for the long term, would require major funding and an equitable relocation of populations away from floodplains and low-lying coastal areas.

Capitalism is incapable of such sweeping transformations even in the face of climate catastrophe, unlike a socialist planned economy that prioritizes what is most beneficial for society in the long term. For instance, China is creating 250 eco-cities and eco-villages with 125 of these cities designed as “sponge cities” with integrated wetland areas, and the ability to capture and store 80% of rainfall on site to mitigate flooding and drought. This could never be achieved under capitalism, which can only focus on this year’s budget, or this year’s dry season, while ensuring maximum quarterly profits for corporations.

Which is why we are in the situation we are in. Despite scientists’ warnings for decades, capitalist governments have failed to act in any meaningful way to avert climate catastrophe despite the many tools available to humanity.

Another way that capitalism is failing is the lack of preparedness and recovery for communities impacted by these disasters. The government only has the capacity, or the care, for the bare minimum: Put out evacuation orders, set up some shelters and maybe provide some FEMA grants for recovery. But FEMA’s own recent internal study showed that white affluent homeowners actually get more of the funds than low-income residents who actually need it! And what about low-income residents who don’t have the resources to evacuate and who can’t afford costly flood insurance? And if you don’t own your home, renter’s insurance won’t even cover floods. If you are living paycheck to paycheck and miss a week of work due to a disaster, you may lose all your belongings and face eviction.

Under capitalism, the class disparities that already exist are becoming even more amplified with climate change. Roughly half of the U.S. population is near or in poverty already. Climate change will drive more of the working class into dire circumstances and increase the number of unhoused residents.

This situation calls for the urgent need to build a broad people’s movement for socialism. We need to organize our communities for what is coming, for what is here, because the government won’t save us. And a socialist system, where meeting the needs of society is paramount while at the same time accounting for long term ecological sustainability, is the only hope for a livable future.

Against the attacks of the ruling class, we need a massive, united struggle!