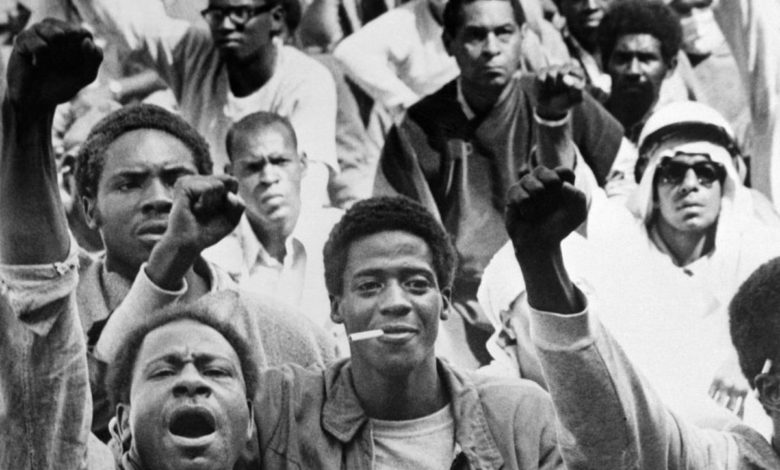 Liberation News is republishing the following article, originally written in 2006, on the occasion of the 50th anniversary of the heroic Attica uprising

“We the inmates of Attica Prison, have grown to recognize beyond the shadow of a doubt, that because of our posture as prisoners and branded characters as alleged criminals, the administration and prison employees no longer consider or respect us as human beings, but rather as domesticated animals selected to do their bidding in slave labor and furnished as a personal whipping dog for their sadistic, psychopathic hate. We, the inmates of Attica Prison, say to you, the sincere people of society, the prison system of which your courts have rendered unto is without question the authoritative fangs of a coward in power.”

The Attica uprising in upstate New York was a class conscious effort to tear down the curtain of silence and draw national attention to one of the most ostracized and exploited sectors of society—the millions of working class women and men forced to endure stark living conditions, as well as physical and sexual abuse behind bars.

On Sept. 9, 1971, almost 1,500 inmates in Cell Block D took over the Attica Correctional Facility several months after having formally submitted a 27-point manifesto to the prison administration and the media.

At the time of the uprising, there were 2,300 inmates living in a facility built for 1,600. The prison was completely run by white guards and employees, though over 60 percent of inmates were Black and Latino.

Prisoners were only allowed one shower per week and one roll of toilet paper each month. Their mail was heavily censored to cut out anything involving prisons and prisoners’ rights. The medical neglect within the facility was criminal. Guards often pitted inmates against each other to incite racial violence.

Brian Becker, national coordinator of the ANSWER Coalition (Act Now to Stop War and End Racism) and member of the National Committee of the Party for Socialism and Liberation was organizing solidarity with the Attica prisoners outside the prison’s gates during the uprising. He was an organizer of the Prisoner Solidarity Committee in Rochester, New York. The PSC transported prisoners’ families to Attica from Rochester, Buffalo and New York City. They stayed at the gates of the prison during the four days of the rebellion.

Becker recently told PSLweb.org, “The prisoners were incarcerated people, but they functioned as the workers within the United States’ prison system and were horribly mistreated, brutalized by the guards and not allowed to practice their religious beliefs.

“Guards tried to set prisoners against each other, and they went on strike. But because they’re prisoners, in order to strike and withhold their labor, the strike must take the form of a military-style rebellion,” said Becker.

Revolution in the air

The Attica prison uprising was by no means an isolated or spontaneous clash. It came as a revolutionary mood swept through Black and Latino communities and other progressive sectors of the population in the United States.

By September 1971, the Civil Rights movement had transformed itself into a movement for national liberation among the Black, Puerto Rican and Chicano populations.

Revolutionary organizations like the Black Panther Party and Young Lords Party were militantly organizing in urban communities. Millions of people were protesting the Vietnam War and joining the women’s and LGBT liberation movements.

Brian Becker recalls that “the revolutionary mood in the community sank deep roots within the prisoner population too. The Attica prisoners were reading revolutionary newspapers. They were studying Marx and Lenin, Mao, Ho Chi Minh, Kwame Nkrumah, and Franz Fanon and reading socialist, communist and revolutionary nationalist newspapers.”

Prisoners were staging uprisings all over the country, not just in Attica, New York. The rebellions were extensions of the national liberation struggles happening all over the United States.

On Aug. 21, 1971, George Jackson, a respected revolutionary leader who joined the Black Panther Party while in prison, was gunned down by racist guards in California’s San Quentin state prison. In response, prisoners all across the country, including several hundred in Attica, went on hunger strikes.

Just weeks after Jackson’s murder, on Sept. 9 the Attica prisoners again went on strike to protest their mistreatment and human rights abuses. They had not received any response to their 27-point manifesto from the New York state correction commissioner, Russell Oswald. This time the prisoners took several correction officers hostage to ensure that their protest would at least be heard.

During the uprising, the mostly Black and Latino inmates were joined by anti-racist white prisoners in making class-conscious demands. They demanded union recognition. They also demanded that the prison’s warden be fired, that all participants in the uprising receive full amnesty, and that prisoners be granted the right to freely practice their faith, among other things.

The protesters invited a committee of observers with representatives from the Prisoner’s Solidarity Committee, as well as representatives from the Black Panther Party and Young Lords Party, New York State Assembly member Arthur O. Eve, lawyer William Kunstler, and others. The revolutionary members of the observers committee became another voice for the demands of the prisoners, but the committee’s liberal members restricted the efforts of negotiators trying to bring a peaceful end to the conflict.

On Sept. 12, four days into the uprising, prisoners announced that the conflict would be peacefully resolved if then-governor Nelson Rockefeller would hold open negotiations with them. Instead, Rockefeller sent in several hundred national guardsmen, state troopers, and prison guards to retake the prison by force.

“Nelson Rockefeller was a leader of the so-called liberal wing of the Republican Party,” Becker explained. “His decision to massacre these people rather than to negotiate in good faith was an indication that the ruling class, including liberal capitalists, had decided to stop making concessions to the Black movement.”

The retaking of the prison was a bloodbath, resulting in the deaths of 39 people, 29 of them inmates. Additionally, 85 inmates suffered gunshot wounds, all caused by the authorities. None of the prisoners had guns.

In a 1991 interview, Akil Al-Jundi, one of the revolt’s organizers, said in reference to Rockefeller’s response to the Attica uprising, “It basically speaks to a question wherein certain people in power don’t think they need to pay heed to the masses. [Rockefeller’s] action, or reaction, wasn’t any different from no one else who basically don’t feel they have to respect us. That’s the manner typical of that class of people.”

Over 200,000 prisoners all over America took action in solidarity with the Attica prison inmates after the government massacre. Strikes and other actions happened in Walpole, Mass., Leavenworth, Texas, Atlanta, Ga., Terre Haute, Ind., Wayne County, Mich., Alderson, Va., and Comstock and Elmira, N.Y.

Prison conditions in the United States are as bad today as they were in 1971. In many ways, conditions are worse.

There are more than 2.2 million incarcerated people, most of them working-class people of color, including 300,000 mentally ill inmates. Forty-eight percent of prisoners are Black.

Prisoner labor is still exploited. Health care of prisoners is still abysmal. The prison system is a modern-day extension of slavery. Despite the current reality, the importance of the 1971 Attica prison uprising cannot be underestimated.

Millions of people, whether or not they are incarcerated, remember the heroic actions of the inmates in Attica. It is more relevant than ever today.

The Attica uprising drew national attention to the widespread human rights abuses that prisoners face on a daily basis. It also helped weld the workers’ movement inside prisons to the larger movement outside the prison’s gates.

The uprising’s affect on the overall revolutionary movement in the 1970s was significant. After the uprising, “in Harlem, Rochester, Syracuse, Buffalo and throughout Black communities, especially in New York state, there were spontaneous meetings of tens of thousands of people coming together to discuss how to organize in opposition to Nelson Rockefeller, whose decision it was to massacre the Attica protesters,” noted Becker.

The Attica prison uprisings should be remembered by all as a heroic, multinational and class-conscious fight against the racist, capitalist prison-industrial complex.