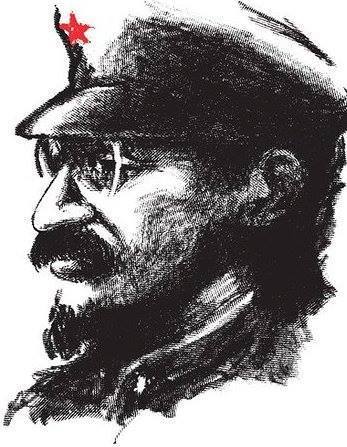 The art of revolutionary politics is knowing what to do next. It is okay to theorize about fascism or the strength of the right wing. But our organization differs from a debating society. We must take a firm, indeed revolutionary, stance.

Individuals can change, but the ruling class’s trend is toward repression, solidifying in the most undemocratic way possible its control over the resources of the country and indeed of the globe. U.S. imperialism is on the march everywhere. The devastating results fall on the backs of the workers at home as well.

What do we do? We know the right wing is moving, and that there is only a thin difference between the right and the ultra-right.

One of the great lessons of the 1930s was Leon Trotsky’s writings on the question of how to fight fascism. He stressed how important it is not to overlook what is happening, how it is possible to lose the historic moment and allow the ruling class to be victorious.

He delineated in a dramatic and readable way the steps that led to the victory of fascism in Germany.

In the U.S. at that time there were only the beginnings of fascist groupings. No sooner did the wave of reaction sweeping Europe reach these shores than the great sit-down strikes among the workers wiped them out completely.

They were never able to get a foothold among the workers. The myriad of small fascist groups were washed away by the upsurge of the working class.

That is the surest way to end any fascist attempt to establish itself as a political force over the working class.

There’s been no experience here with fascism on a mass scale. So we are basically looking at a theoretical and ideological discussion.

Our task is not to wait until things happen, in which case you can be absolutely sure the liberal bourgeoisie as well as certain sections of the big bourgeoisie will get into it. Right now, the working class is either indifferent or apathetic in this great struggle.