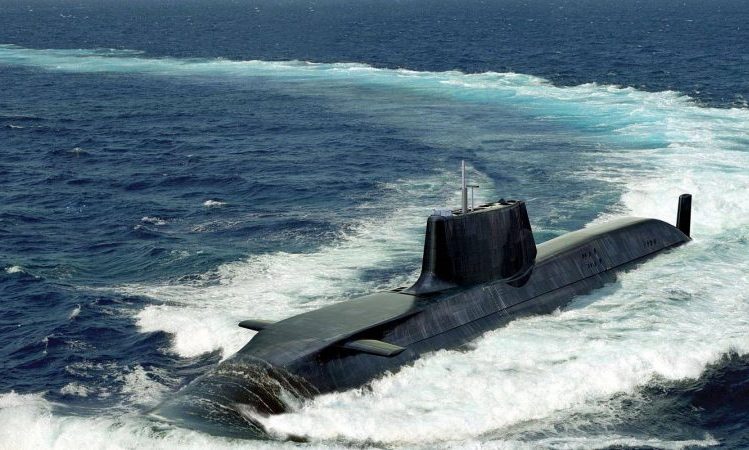 The first thing that Britain, Australia and the USA have achieved by their latest attempt to bump the west into a warmongering front against China has been to expose the deep fissures opening up within the imperialist camp, even before the first blow against the ‘common enemy’ has been struck in earnest.

When it became clear that Australia was going to renege on an agreement to buy a fleet of 12 French-built diesel-powered submarines, preferring instead to do a deal with the US and Britain that would equip Australia with a fleet of nuclear-powered subs instead, the reaction from Paris was incandescent.

A high level meeting between British defence secretary Ben Wallace and his French counterpart was abruptly ‘postponed’, and President Emmanuel Macron peremptorily recalled his ambassadors from Washington and Australia. His foreign affairs minister Jean-Yves Le Drian complained that France had been jilted, lamenting that it “had established a trusting relationship with Australia, and this trust was betrayed” and that France had been kept in the dark about the deal.

Particularly illuminating were Le Drian’s bitter comments comparing US president Joe Biden to his predecessor Donald Trump: “What concerns me as well is the American behaviour. This brutal, unilateral, unpredictable decision looks very much like what Mr Trump used to do. Allies don’t do this to each other.” (US-Australia submarine deal rocks Nato alliance by Daniel Williams, Asia Times, 18 September 2021)

Except, of course, that they do, whenever the interests of one imperialist comes into contradiction with another, regardless of which head of state is looking after the shop. So much for the new dawn in fence-mending diplomacy that President Biden was supposed to harbinger.

The French reaction was in part simply outrage at losing out on what was supposed to be a done deal, stinging the country for a cool $100bn.

But this was also a straw in the geopolitical wind, raising questions about who will lead the imperialist thrust against China and Russia, and which target should have priority.

France has already shown a marked reluctance to join the US-led campaign to undermine China. Back in June, President Macron offered the Nato summit a lesson in geography, pointing out that “Nato is an organisation that concerns the North Atlantic. China has little to do with the North Atlantic.” (Ibid)

The formation of the Aukus alliance (an ugly acronym conflating the initials of Australia, the UK and the US) that brokered the deal over access to British and US nuclear know-how can be read as a riposte to Macron: if Nato is not yet ready to head a warmongering front against China, then it had better make way for the emergence of new alliances that will.

Aukus is one such alliance. Another sinophobic lash-up is the Quadrilateral Security Dialogue (aka ‘the Quad’), which brings together the USA, Australia, India and Japan – also with the clear intention of shoring up US hegemony in the Pacific region.

Prime minister Narendra Modi’s India did a deal in July with the US to jointly develop drone capability, and Japan and Taiwan are simultaneously engaged in joint military drills.

Back on the European front, it is not really a question of France being any less hostile to China than the US. It is rather that (a) the European Union is more preoccupied at present with its Russian neighbour, and (b) if there are moves afoot to ‘contain’ China, the EU would like to be consulted.

This ambivalence came across in remarks by French armed forces minister Florence Parly, who complained that the US was pulling its Aukus stunt “at a time when we are facing unprecedented challenges in the Indo-Pacific region”. In other words, if the US really wants to deal effectively with China, it had better stop alienating its western allies.

Meanwhile, as imperialist allies were falling out over which way to skin the cat, with a weakened EU post Brexit and Nato relegated to the sidelines, China has made it clear that this cat has no intention of being skinned and is more than capable of looking after itself.

Chinese foreign ministry spokesman Zhao Lijian warned the US, Britain and Australia to drop “the obsolete cold war zero-sum mentality and narrow-minded geopolitical concepts and respect regional people’s aspiration and do more that is conducive to regional peace and stability and development – otherwise they will only end up hurting their own interests.”

The Global Times was blunter, warning Australia of the dangers of subordinating itself to the Anglo-American war machine, pointing out: “Australian troops are also most likely to be the first batch of western soldiers to waste their lives in the South China Sea.” (Ibid)