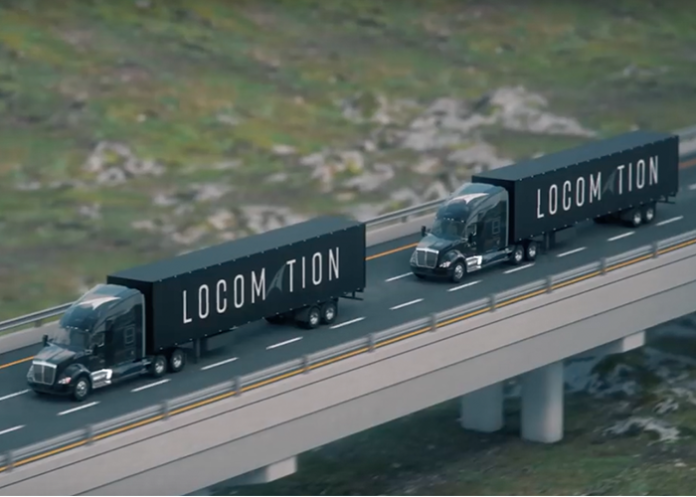 Large trucking companies are teaming up with Bridgestone Corp., Locomation and Kodiak Robotics to inaugurate test runs of “Autonomous Relay Convoys” (ARC). In an ARC, an autonomous truck is programmed to follow a human driving a leader truck. Another human driver is expected to manually drive the follower truck from the depot to the highway, then log off and rest as the automated system takes over. During the tests, specialists will be riding along and monitoring the system.

These test runs will carry freight between Houston and Fort Worth, Tex; and between Pittsburgh and Chicago.

Trucking companies believe the success of automation will relieve driver shortages. Although the overall volume of trucking freight has seen a relatively sluggish recovery this year when compared to rail, ship or pipeline, the cargo price still shot up to a record-breaking $2.69 per mile in May. The American Trucking Association chalks this up to tight capacity–the lack of drivers. As old truck drivers retire, young ones are not attracted to the career. They are not attracted because of the declining, lousy wages offered.

As interstate commerce is usually exempt from state-level minimum wage laws, driver wages (often paid by the mile) have been known to dip as low as $9.00/hr (effective rate). Raising the federal minimum wage significantly above that level could boost the driver retention rate and attract new drivers, which could indirectly confer savings in freight cost to companies that need to ship products.

However, these are often the same companies that don’t want their own workers to get a raise. They’d rather invest in robots: dead labor, constant capital.