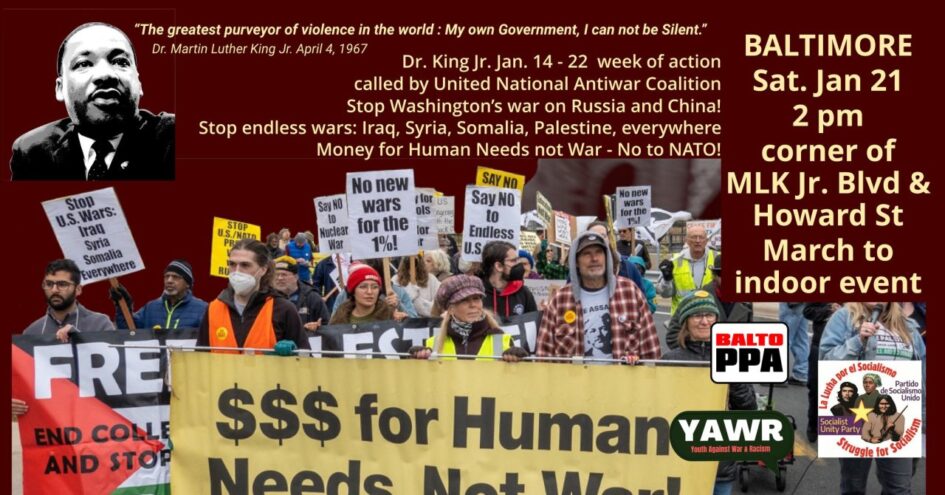 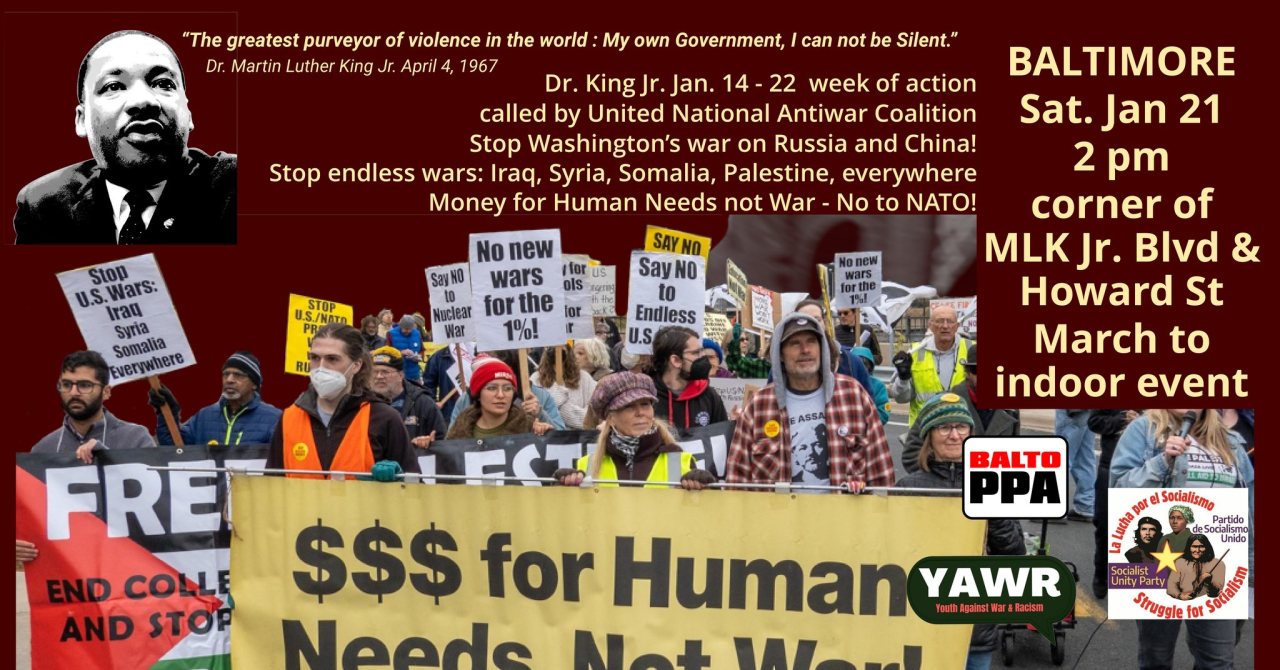 Baltimore joins the national week of antiwar protest called by UNAC.
We will gather at Howard St & MLK Blvd., Saturday, January 21 @ 2 pm. Please don’t be late as we will march to indoor venue.

As Martin Luther King, Jr. so correctly reminded us, the U.S. is the greatest purveyor of violence in the world. Since WWII, the US has initiated more than 60 military interventions in foreign countries. The US/NATO proxy war in Ukraine brings the US in direct confrontation with a major nuclear power as does the U.S. provocation against China over Taiwan.

It is extremely important that we build a strong, unified antiwar movement that can break through the media propaganda and censorship and end the US military aggression around the world.

Each of our actions are based on building local connections among various solidarity organizations. A variety of actions are encouraged from demonstrations, teach-Ins, banner drops, chalk-ins to street meetings.

Actions linking ALL the continuing US wars and sanctions is a unifying focus and helps break through the propaganda that saturates each war.

Today working people face escalating costs of food and energy, recession, growing insecurity and attacks on efforts to unionize. The continuing wars and military provocations have brought us to the brink of nuclear war.

Baltimore Protest: No War on Russia, No Sanctions, No…