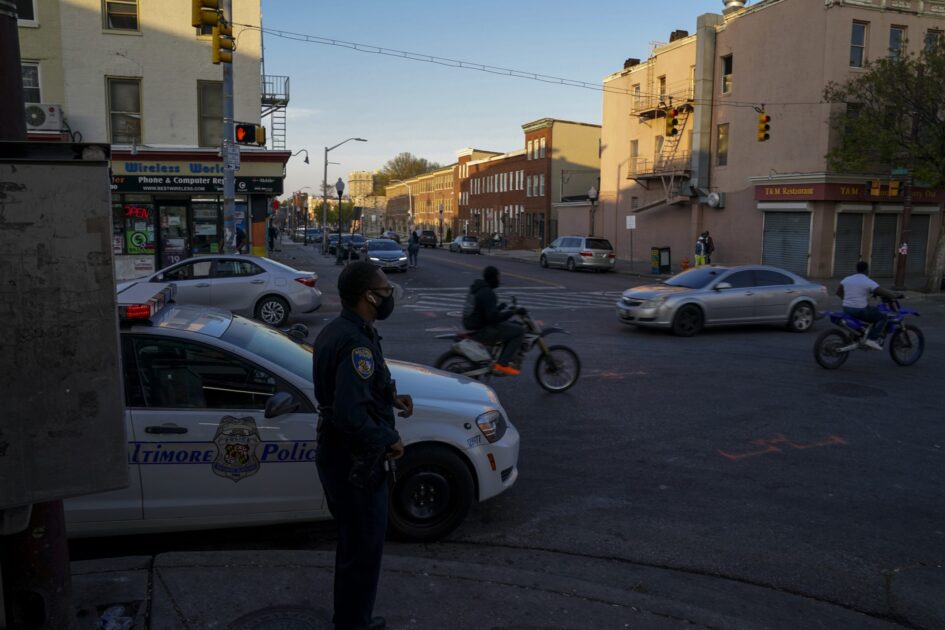 During the first Group Violence Reduction Strategy meeting on Monday, Sept. 20, Mayor Brandon Scott acknowledged the previous failures of the very same strategy—first by former Mayor Kurt Schmoke in the late ”90s and then by former mayor Stephanie Rawlings-Blake in 2014.

This time, however, the program—which involves 75 different organizations in the city and is central to Scott’s crime plan—is going to work, according to Scott. At the center of this strategy is “focused deterrence,” an approach that involves telling “at-risk” people believed to be involved in many of the shootings in the city that law enforcement is aware of what they’re doing and encourages them to stop while offering resources to help them do so.

As WYPR reported, the previous failures are, according to Director of the Mayor’s Office of Neighborhood Safety and Engagement Shantay Jackson, attributable to precisely what readers would expect: not enough political will, not enough services to help those who want help, and a dysfunctional police department.

“Focused deterrence is a carrot and stick approach,” Michael said. “It consists of enforcement on one hand and social services on the other.”

Michael said that police mocked the program and called it “hug a thug.” He recalled sitting with police in one district while they called the residents they were supposed to be helping “mutants.”

“Think about the psychology of that,” Michael said. “When you dehumanize people to that extent that you’re referring to them as ‘mutants.’ That’s a serious culture problem.”

Police in Baltimore are known for sabotaging violence prevention efforts.

With little funding for the social services side of Operation Ceasefire and police who saw the program as a waste of time, focused deterrence, Michael said, became “all stick and no carrot.”

“We needed outreach workers,” Michael said. “we needed a social service agency that could handhold folks through the system and none of that was established. I pleaded for more resources.”

A lack of funding meant Michael was pretty much doing all of the organizing and often trying to point people towards services at the same time. When someone who was at risk that Michael had been working with for months was murdered, he felt like the underfunded program had failed the type of person it was supposed to help.

“This guy attended a call-in, he really wanted to change his life. I would have conversations with this guy as I’m bathing my six-month-old. He was desperate to get out and he needed resources to do that and he ended up getting shot and killed—shot in the head actually—and that was just a real turning point for me,” Michael said. “I was building a relationship with this individual and I knew if we had the apparatus in place I was asking for, we could have possibly saved his life. It was a turning point where I said, ‘I can’t do this anymore if we’re not going to be serious about it.’”

Michael often warned the city of his concerns and first threatened to leave in December 2014. He finally left Operation Ceasefire in April 2015. By 2017, the program had ended entirely.

“I just realized they weren’t serious about implementing this program,” Michael said.

According to Mayor Scott, however, things will be different this time with the Group Violence Reduction Strategy.

“Implementing a Group Violence Reduction Strategy is a cornerstone of my Comprehensive Violence Prevention Plan, and shifts the primary responsibility for violence prevention from law enforcement to community-based organizations,” Scott was quoted as saying in a meeting recap.

Scott is one of the most engaged elected officials in the city when it comes to taking violence reduction seriously—and understanding it as a public health issue that policing cannot fix. But under his administration, the police department has had its budget increased, with the demands by residents to shift the police department’s massive budget towards community organizations ignored.

And a quote from Baltimore City State’s Attorney Marilyn Mosby included in the recap recalls past, “all stick” criticisms of focused deterrence.

“We recognize that while we need the hammer of the criminal justice system for violent offenders,” Mosby said, “we also need community outreach and programming to reach people before they reach the justice system.”

Anti-police reform prosecutor in the county has a progressive challenger

Baltimore County State’s Attorney Scott Shellenberger, notorious for his opposition to criminal justice and police reforms, is facing a primary opponent for the first time since he took office 15 years ago: Robbie Leonard, an attorney and activist, will face off against Shellenberger in next year’s Democratic primary.

Leonard is an attorney and activist who serves as the ssecretary of Maryland Democratic Party, and recently represented plaintiffs who successfully sued Gov. Larry Hogan for illegally ending federal unemployment benefits for thousands of Marylanders. Before starting a private practice last year, Leonard represented hundreds of lead poisoning victims seeking remuneration from their landlords. Leonard also worked at the Office of the Baltimore City Public Defender from 2008-2012.

“Scott and I were on opposite sides of every piece of legislation 10 years ago, when I was in the Public Defender’s Office working on their government relations team,” Leonard said. “He wanted to keep the death penalty. I wanted to repeal it. He wanted to send people to jail for marijuana. I wanted to legalize it, and the list goes on.”

Shellenberger opposed making allegations of police abuse public, and penalties for cops who refuse to use their body camera to record interactions with civilians. He also opposed a measure that would require the state prosecutor to investigate allegations of excessive force and criminal misconduct among police. He argued against reducing sentences for inmates sentenced to prison before the age of 25, or are over 60 and had already served lengthy prison terms—and he has defended charging juveniles as adults.

In 2015, Shellenberger called for Hogan to reinstate the death penalty, which was abolished in 2013 after advocates exposed it was deeply racist in its application.

Local activist and artist Duane “Shorty” Davis has long been a critic of Shellenberger, after Shellenberger’s office charged Davis with making a bomb threat after Davis left one of his pieces of art—the kind of decorated toilet he often leaves in public to, as Davis says, “potty train politicians”—in front of a county courthouse. Davis was ultimately found not guilty.

Leonard says he fundamentally disagrees with many of Shellenberger’s positions, and would take a drastically different approach to being state’s attorney.

“Instead of focusing on petty offenses and saddling somebody with a criminal record that’s going to affect the rest of their lives, we need to be focusing our attention on the crimes that actually matter where there’s victims involved, specifically in areas of sexual assault, sexual violence, child abuse, child molestation,” Leonard said.

In 2018, Shellenberger was part of a federal class action lawsuit from rape surviors for allegedly obstructing justice, and sending police to a victims’ house to threaten them with arrest if she continued to press charges, as the Baltimore Brew reported.

Leonard told Battleground Baltimore he has been meeting with women’s groups who advocate for sexual assault survivors.

“They know that it’s time for a change and they support my candidacy,” Leonard said.

Baltimore should soon have fewer plastic bags strewn across streets, sidewalks, parks, and waterways. That’s because after years of grassroots activism, Baltimore’s ban on some types of single-use plastic bags finally goes into effect on Oct. 1.

“This will be an adjustment for all of us, but I know it’s a step that will help us move Baltimore forward towards a zero waste future,” Mayor Brandon Scott said at a press conference on Wed. Sept. 22.

Retailers will be required to charge $0.05 for single-use alternatives, such as paper bags, and the city will be distributing a limited number of reusable bags to residents.

Eight states (California, Connecticut, Delaware, Hawaii, Maine, New York, Oregon, and Vermont) have banned single-use plastic bags, but 15 states have enacted laws backed by industry groups such as the American Legislative Exchange Council (ALEC) and the fossil fuel industry that prevents cities from banning their use. Throwaway plastic bags are made from fossil fuels, are not recyclable, and are a major source of environmental pollution and waste.

In Baltimore, plastic bags and plastic film make up more than a third of non-recyclable plastic that ends up being burned at the city’s incinerator or landfill, according to a report by the Global Alliance for Incinerator Alternatives (GAIA) released in August. The report also found Baltimore burns more than 20 times the plastic it recycles, which releases toxins that disproportionately harm working class communities and communities of color.

“While residents’ and workers’ call for Zero Waste has never been louder, we also face an unprecedented challenge in the plastics production boom that imposes toxics into our daily lives from the moment we are born,” Shashawnda Campbell of the South Baltimore Community Land Trust (SBCLT) told Battleground Baltimore.

The ban was supposed to go into effect in January of this year, but Scott twice delayed its implementation, citing the economic hardships resulting from the COVID-19 pandemic and stating that more time was needed to educate the public.

Retailers can face a $1,000 fine for their third violation of the ban, which does allow the use of plastic bags for certain uses, such as goods purchased at a farmers market, or goods that contain fresh food, ice and more.