Being Transgender in Britain Today 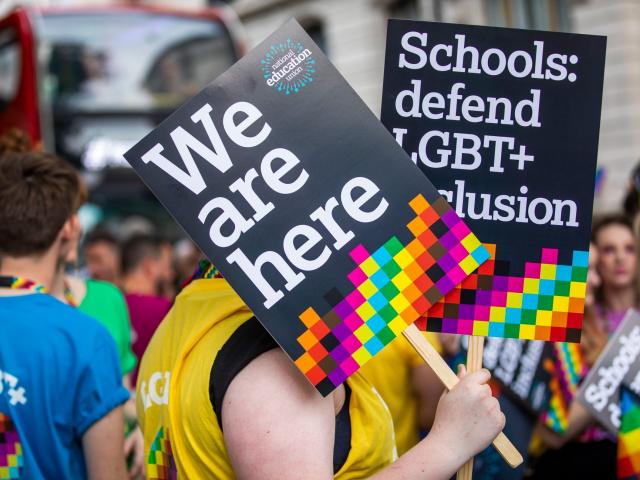 Transgender rights have progressed dramatically within the last twenty years with laws such as the Gender Recognition Act of 2004, allowing people to gain full legal recognition of their aquired gender, and the Equality Act of 2010, protecting trans people as well as other minority and oppressed groups from discrimination at work. These laws have helped transgender people live more comfortably in Britain but being trans is still not easy, especially if you are transgender and working class.

The privatisation of the NHS is something that affects everyone, though more disproportionately the working class and even more so working class trans people who are waiting for medical intervention in their transition. The sheer lack of funding to the Gender Identity Clinics (GIC) and the fact there are only a handful in the country to help the rising number of people accessing their services means longer waiting times, negatively impacting trans people’s mental health. The Tavistock and Portman GIC is currently completing referrals that came to them in October 2017, meaning people are waiting over four years just for an initial assessment which can cost anything from £200-500 privately and will cost even more to continue with treatment. Top surgery, a process that some trans men may choose to take that removes breast tissue to create a flat and more masculine appearance, could cost between £4,000 and £7,000. These are only two examples of the many costs that working class trans people simply cannot afford, yet are forced to aim for due to the lack of treatment available on the NHS.

Although we can say that trans people being able to receive treatment is certainly an improvement, it is not right that so many will not be accessing it due to the strain on the NHS and the extortionate prices of private care.

It is not just healthcare that is skewed against trans people but employment too. I was once employed as a healthcare worker for a private company. While working in care is already exploitative due to the prevalence of zero hour contracts, low pay and inconsistent working hours, it was made harder for me as a young trans person being told by management that I could not go by my preferred pronouns as it may ‘upset the clients’. Not knowing enough about the Equality Act 2010 and the fact they were not adhering to it, and needing employment, I didn’t question this despite the fact that I had stated I was trans in my interview and told it was a non issue. Like me, many young trans people in unstable work just deal with being misgendered or even harassed at work due to their identity for fear of losing their job, and therefore any financial security they may have.

British trade unions are very progressive in their inclusion policies for LGBTQ+ people, so more needs to be done to get workers into TUs and have their rights both outlined for them, and also protected.  The TUC has great resources for reps on tackling transphobia, how to be a good ally for trans and non-binary people, and how to support trans and non-binary people in the workplace. This is all brilliant and shows how TUC afilliated trade unions are leading the fight for equality in the workplace, but unless people are union members they will not know that this support exists.

Being transgender in Britain is something that has undeniably gotten better but there is still more we can do in tackling day to day discrimination, unaffordable healthcare and extensive waiting times, and furthering equality in the workplace.

Falling Down: The Conservative Party and the Decline of Tory Britain – book review