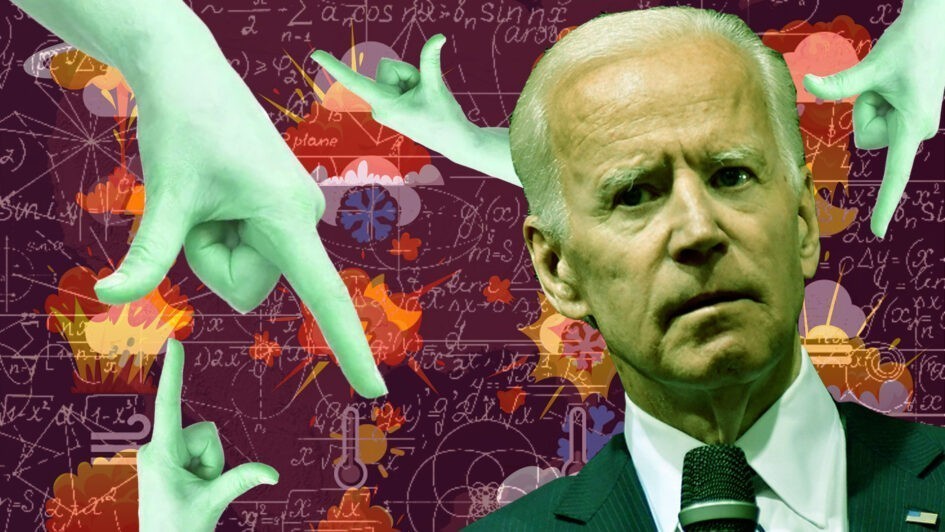 Having set all the alarm bells ringing about a supposedly imminent Russian invasion of Ukraine, US war propagandists are now finding it increasingly difficult to justify their earlier scare mongering. According to the Telegraph, Joe Biden has hired a team of meteorologists “to help predict when Vladimir Putin will make his move”, blaming the unseasonably clement weather for the “delay” in mounting the (non-existent)  invasion. By this reckoning, the only thing stopping a Russian onslaught is too little ice and too much mud. With equal justification Biden might hire a team of astrologers to warn him when this (fictitious) onslaught might take place.

The reality is that, despite shunting half of its entire armed forces and a dizzying array of lethal weaponry up to the Russian border, the fascist junta in Kiev has failed to provoke the panic response it had banked on from Moscow. Instead Russia has simply gone ahead with its own regular military exercises, conducted peaceably within its own borders.

However, at the same time, Russia has used the occasion to issue a sobering challenge to NATO’s aggressive encirclement of Russia. Despite assurances given to Soviet leader Mikhail Gorbachev at the time of the break-up of the Soviet Union that NATO would not extend itself into former Soviet or Warsaw Pact states, NATO proceeded to hoover up Poland and the Baltic states. And at its last summit in Brussels last June, NATO  made it quite clear that it intended to move into Ukraine as well.

But Vladimir Putin is no less clear that he will not tolerate the prospect of NATO hardware appearing on Ukrainian territory, explaining that if western missile systems are deployed there, “their flight time to Moscow will be reduced to 7-10 minutes, and if hypersonic weapons are deployed – to just five”. Russia has never had the remotest interest in occupying Ukraine, but neither will it allow Ukraine to be used as NATO’s  battering ram.

Lack of Employment? Or Lack of Useful Work?

Europe: capitalism blames its mess on the unvaccinated

Lack of Left-wing culture, weakness of progressivism in Latin America