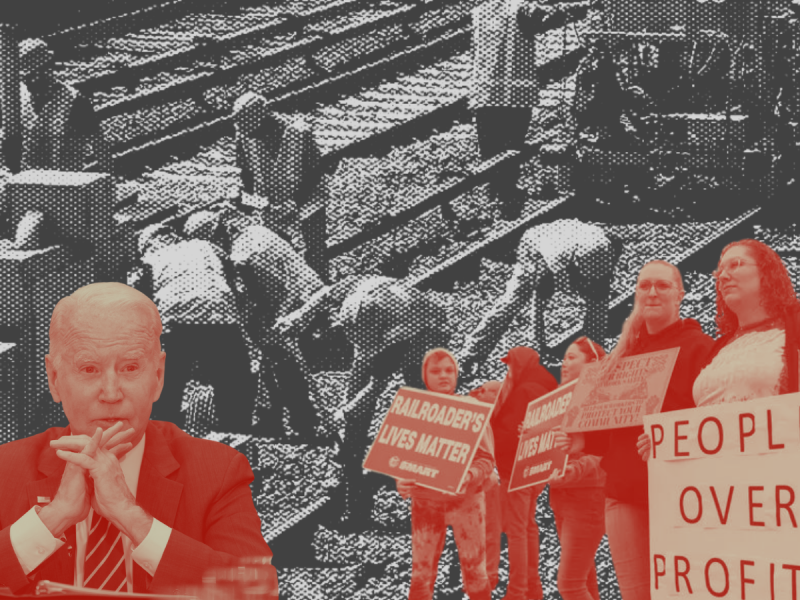 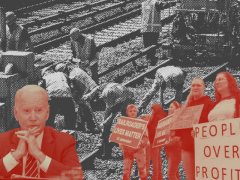 On Monday, President Joe Biden publicly called on Congress to force union rail workers to accept the sub-par contract terms he helped craft. This is shameless union busting and pre-emptive strike breaking on behalf of the billionaire railroad bosses.

The members of four unions representing the majority of rail workers already voted down the contract terms negotiated by President Biden and Labor Secretary Marty Walsh. The Biden deal was widely criticized by the rank and file because it does not include any paid sick days – a basic right in most countries, and a sticking point for rail workers.

The votes to reject the contract set up the possibility of a national rail strike involving hundreds of thousands of workers as soon as December 9. If just one union strikes, the other rail unions are expected to honor the picket lines. But Biden’s intervention on behalf of billionaire railroad bosses like Warren Buffett is a threat to break the strike and force the employer’s sub-par terms on the workers, by force if necessary.

The railroads say a strike could cost the economy $2 billion a day. Even if some shipments and profits are delayed, a rail strike that wins better conditions for workers is in the interest of the entire working class. The railroads rake in billions in profits each year on the backs of the workers, and they should be required to provide paid sick days.

The U.S. is a dictatorship of the super-rich where the rules are stacked against working and oppressed people. Throughout history employers have tried to prevent strikes by law and by force. But when workers collectively withhold our labor and stop production we prove that we have the power to win better working conditions, and more.

Union democracy and the ability to strike are hard won rights that must be defended. We call on all working people and unions to support the rail workers in their righteous struggle for dignity and respect against the tyranny of the railroads.

We call on the president and Congress to keep their hands off the rail workers, and respect their right to strike.

“Hands of rail workers and their right to strike!”

Could We See a Rail Strike?