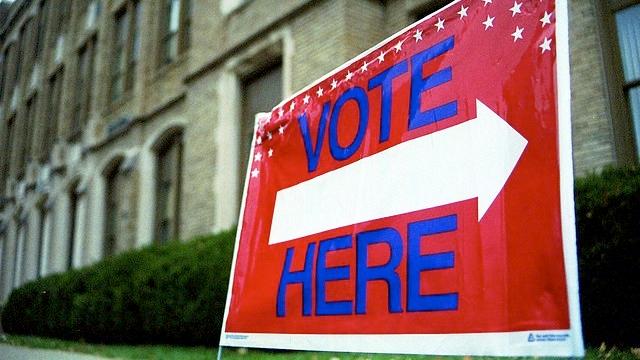 In a major speech yesterday in Georgia, President Biden reinforced his support for voting rights protections and announced his support for modifying the undemocratic 60-vote “filibuster” requirement in the Senate to pass new legislation to this end. Despite having a long history of supporting the filibuster, Biden is being pressured to intervene due to recent right wing efforts to restrict voting rights through laws that target Black workers and poor people of all backgrounds.

Since the 2020 elections, states with right-wing governments have enacted wide-ranging voter suppression laws. According to the Brennan Center for Justice, last year, “at least 19 states enacted 33 laws that make it harder for Americans to vote.” This is especially pronounced in states that disenfranchised Black citizens through Jim Crow apartheid.

In states like Texas, Kansas, Iowa and Georgia, new laws imposed harsher criminal sentences for elections officials who are now barred from doing ordinary tasks to help voters. In Georgia, people can be charged with a crime for handing out water and snacks to voters in line, and in Texas election officials can be charged if they encourage mail-in ballots or monitor poll watchers.

It is one thing for Biden to state his support for ending the filibuster for legislation dealing with voting rights, but another thing entirely to make this a reality. Right-wing Democrats in the Senate – including people like Joe Manchin and Kyrsten Sinema who killed the administration’s signature social program expansion – remain opposed. The filibuster, which requires that 60 out of 100 Senators vote for most pieces of legislation, is an internal Senate rule and not a law. For this rule to be changed, all the Democrats in the Senate would need to vote in favor.

Without a concrete plan to deal with the right-wing Democrats, Biden’s support is mere lip service. Biden and the leaders of the Democratic Party in Congress could place massive pressure on them by withholding campaign funds, refusing to consider any legislation they propose, removing them from committee assignments, and much more.

In light of this inaction, many voting rights activists decided to skip Biden’s speech, including even some Democratic Party politicians. Former gubernatorial candidate Stacy Abrams did not attend. Erick Allen, a prominent member of the state legislature, told Politico, “If you’re going to come to Georgia, you need to also announce that the next time the tires of Air Force One hit the ground, it’s going to be in Arizona and then in West Virginia” – a reference to Manchin and Sinema’s home states.

It is clear that the politicians in Congress will not change their position unless there is significant public pressure. The right to vote was won by millions of people coming together in successive mass movements. The same is needed now to safeguard and dramatically expand voting rights.

Reading Lord of the Rings in the end times

Biden Has Always Been Bad on Abortion Rights