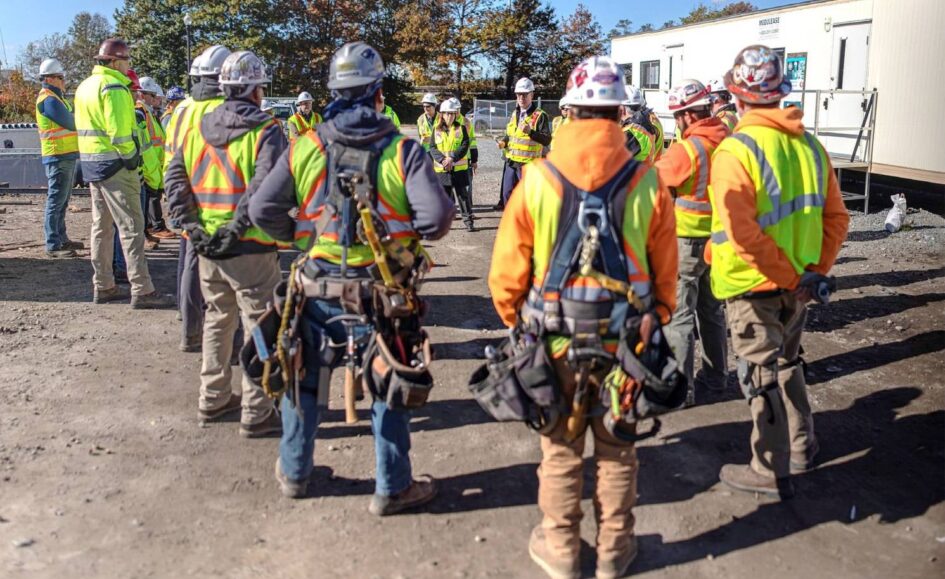 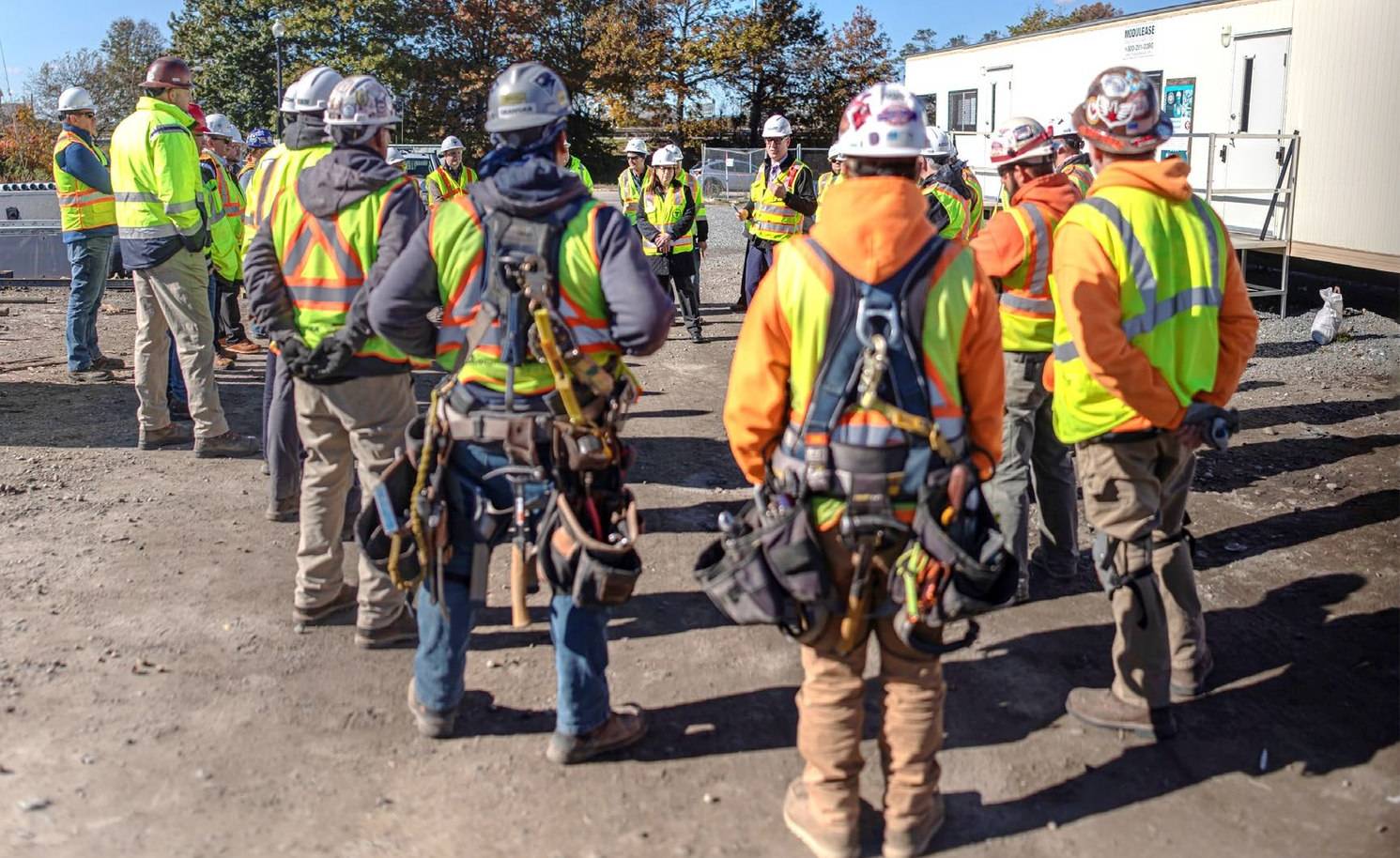 John Clarke argues the imposition of a contract on railroad workers to block a national rail strike results from a failed strategy of collaboration with employers and Democratic politicians.

Railroad Workers United (RWU), ‘an inter-union, cross-craft solidarity “caucus” of railroad workers, and their supporters,’ expressed the situation very clearly in a press release they issued on 2 December: ‘both political parties opted to side with Big Business over working people yesterday and vote against the interests of railroad workers — not once, but twice, within hours. We suffered a one-two punch at the hands of, first the Democratic Party; the second served up by the Republicans’.

The release went on to stress that ‘Politicians are happy to voice platitudes and heap praise upon us for our heroism throughout the pandemic, the essential nature of our work, the difficult and dangerous and demanding conditions of our jobs. Yet when the steel hits the rail, they back the powerful and wealthy Class One rail carriers every time’.

Rail workers in the US had recently rejected a tentative agreement that ‘would have given workers only a single paid “personal day” and no paid sick days, and the removal of only some of the disciplinary measures for time missed due to a medical emergency’. In light of this, the unions that represent these workers were preparing for a national strike.

On 3 December, Joe Biden called on Congress to block the strike and to also impose the rejected agreement on the workers. Quite outrageously, even as he took this step, Biden dared to assert that he was a ‘proud pro-labor president.’ Congress then voted 290-137 to ratify the bill, with only eight Democrats voting against it. The Progressive Caucus, with the exception of Rashida Tlaib, cast their votes for the strikebreaking legislation.

The support of self-described ‘democratic socialists’ for this appalling measure was justified on the dubious grounds that they tactically backed the bill only in return for ‘a separate amendment which would have required seven days of paid sick leave to be included in the tentative agreement.’ However, quite predictably, this amendment was rejected by the Republican dominated Senate. The move clearly ‘served to save face while the Progressive Caucus fell in line with the Democratic Party at the expense of the most fundamental right of workers’.

There is little doubt that the rail barons and other powerful business interests were confident that they could count on Biden to do their bidding. Joe Craft, President of Alliance Resource Partners (an energy company), recently told a group of investors that “we’re still believing that the federal government will be involved enough to prevent a major disruption to our economy that the rail strike would occur”.

Hugh Sawyer of the RWU put things clearly when he noted that Biden “had the opportunity to prove his labor-friendly pedigree to millions of workers by simply asking Congress for legislation to end the threat of a national strike on terms more favourable to workers. Sadly, he could not bring himself to advocate for a lousy handful of sick days. The Democrats and Republicans are both pawns of big business and the corporations”.

The railways are the fifth most profitable industry in the US, with an average net margin of 28.9%, while ‘the median value for all industries is 7.9%’. Rail workers, on the other hand, find themselves dealing with ‘managers at the biggest rail companies who have slashed workforces over the years beyond a safe point in the driver for higher profits’.

A workforce whose ranks have been greatly reduced has had to deal with increased levels of traffic, facing in the process a deterioration in their working conditions, a decline in their real wages and an increasing rate of workplace injuries. It is in defence of this system of intensified exploitation that ‘union guy’ Joe Biden sprang into action.

In an interview with ‘Labor Notes’, Ross Grooters, a locomotive engineer and co-chair of RWU, set out some of the key issues with regard to ‘the contract fight, the failures of rail union leadership, and how to build a rail labor movement that can win.’ He explained how, despite intense pressure and manipulation, the members of four of the twelve rail unions, representing 55% of the workforce, voted against the tentative agreement.

“If you looked around and saw what rail labor leadership was doing, it would sort of reaffirm the viewpoint that there was nothing further possible. Union leadership was slow to roll out the details of the agreement to membership, and, frankly, tried to play both sides of the fence, and say, “Well, I’m not going to tell you how to vote” while simultaneously trying to soft-sell the contract and talk about how good it was”.

Grooters was clear that an organised rank and file movement of rail workers is an essential prerequisite for fighting back against the rail bosses and their political enablers. As he put it, “Rail labor is not organized. We’re not where we need to be. And membership isn’t active enough for us to win the kinds of things we want to win in future contracts. We’ve got to make that happen”.

The conditions that generate the need for such a fightback will be exacerbated by the harsh contract that has now been imposed on rail workers. As Grooters explained,

“Railroads are not being operated to move freight, they are being operated as a bank to extract wealth. To correct that, we need to operate railroads like public infrastructure. This is something that RWU has pushed: public ownership. It’s a way for us to go on the offensive”.

It’s also true that rank and file organising and the pressing of bold demands isn’t confined to the struggles of rail workers.

“Turning that from a railroad struggle into a broader class struggle is my kind of vision”.

The employer offensive on rail workers has been facilitated to a huge degree by two fundamentally incorrect and deeply harmful approaches by union leaderships. On the one hand, there has been a turn away from class struggle in favour of collaboration with the employers. On the other hand, an entirely false hope has been placed in supposedly ‘labour friendly’ Democratic politicians. The attack on workers’ rights and the collusion of the ‘progressive’ wing of his party in this, is only the latest evidence of just how seriously this strategy has failed.

It is certainly true that workers across the United States are looking for the means to attain a breakthrough in workplace organising. A wave of popular sentiment supports such a direction, with opinion polls showing the highest levels of support for unions since 1965. A national rail strike would have been vital to challenging the exploitative conditions that are being imposed on rail workers but it would also have greatly inspired and furthered the developing fightback among workers all across the US. This explains the importance Biden and his allies placed on preventing it.

Rail workers have found their way blocked by the rail companies, bureaucratic union leaders and a strike-breaker in the White House. The bitter lessons that this offers need to be taken to heart. Rejuvenated unions capable of defying and defeating such attacks will be needed and these will have to break free from the grip of political representatives of big business-like Joe Biden.