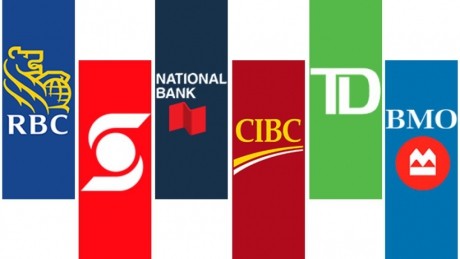 The Bank of Nova Scotia has posted a profit of $2.5 billion for just 3 months. That is almost double their profit from the same period last year.

Expect the results from the other big banks to be in the same ballpark.

Bankers say that it isn’t that this year’s profiteering is obscenely high, but that they suffered last year because they all set aside to cover our “bad debts” – when we defaulted on credit cards and were unable to keep up mortgage payments.

But it smooth sailing for the banks now. BMO CEO Darryl White gushes: “With the economic recovery continuing to take hold, and as communities adapt to the most recent pandemic developments, we are committed to helping our clients make real financial progress and supporting their growth ambitions.”

Bullshit. Domestically, the source of their profits is largely the housing bubble that has resulted in unaffordable housing prices and rents, and a growing army of the unhoused. The money bags have passed the baton to their friends at city hall and the police, to smash encampments of the unhoused in Toronto, Halifax and elsewhere, to keep the crisis out of the public eye.

Internationally, all the banks are heavily invested in resource extraction industries that are gouging massive profits from operations in Africa and Latin America. A recent report says that 75% of the mining projects globally are conducted by Canadian-based corporations. These ugly Canadians have gouged $31.6 billion out of Africa alone.

In their wake they leave devastated communities and environmental disaster. A recent report in The Breach details how Canadian mining corporations fuel civil war in Eritrea to further their interests.

Our media portrays bank profiteering as good news. But behind it is a trail of poverty and human suffering.