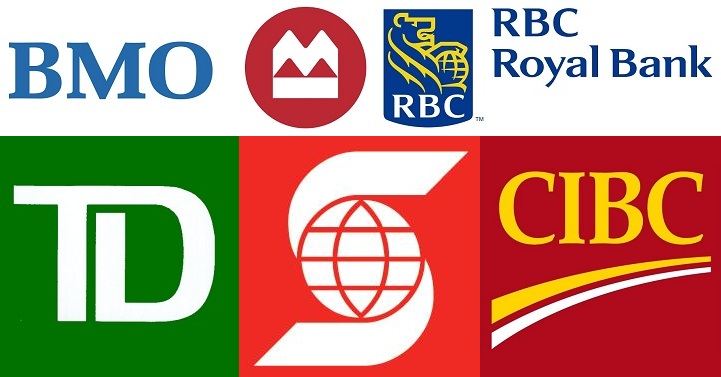 At the end of August, executives at Canada’s five biggest banks moaned publicly that the federal election had become “an attack on big business.” They pointed to Justin Trudeau’s pledge to introduce a 3 percent surtax on bank and insurance corporation profits over $1 billion. They cringed at the NDP vow to “make the ultrarich pay just a little bit more” through a 1 percent tax on personal wealth over $10 million. And they were positively broken-hearted at their reliable allies in the Conservative Party, whose leader Erin O’Toole says he would require large, federally regulated corporations to have worker representation on their boards.

Indeed, it was such an onslaught that you’d be forgiven for missing the other announcement that the same bank executives made the same week – that they had amassed combined quarterly profits of $14 billion. In one three-month period, each of the five banks raked in huge profit increases over last year – Scotiabank fully doubled its haul and BMO cranked its by 85 percent.

So much for feeling sorry for the banks.

Without question, this election definitely needs to focus on big business – decades of capitalist expansion which filled corporate coffers have brought the planet to the point of being unlivable, “free” trade deals that grant sweeping powers to capital have resulted in mass unemployment and poverty, and successive waves of neoliberal attacks have stripped unions of their rights and left them political, economically and organizationally weakened.

Here are some suggestions for progressive policies that would make the corporate world really whine:

The federal corporate tax rate is only 15 percent and corporate taxes only provide about 1/3 the revenue of personal income tax. Doubling the corporate tax to 30 percent would provide much-needed money and begin to shift the tax burden back onto those who can most afford to pay.

Canada has almost eliminated the capital tax (on corporate assets) – currently only financial corporations with assets over $1 billion have to pay, and then at only 1.25 percent. Restoring a capital tax on amassed corporate wealth would return some of it to the public sector and help pay for jobs, services, justice for Indigenous people and environmental programs.

Canada’s bankruptcy legislation, The Companies’ Creditors Arrangement Act (CCAA) puts workers at the bottom of the list when companies are restructuring. Pensions are casually tossed aside and crumpled while creditors – like the big five banks mentioned above – are first in line to get paid. This needs to be inverted so that workers are prioritized.

Far too often, corporations use the threat of plant closure to force concessions from workers (and even then, they shift production to lower cost jurisdictions). Workers need legislation that brings such corporations to public hearings to either justify their closure or face penalties including public takeover of their operations.

Big business bashing they say? We say BRING IT ON!

Britain: back to ‘business as usual’ – is austerity over?