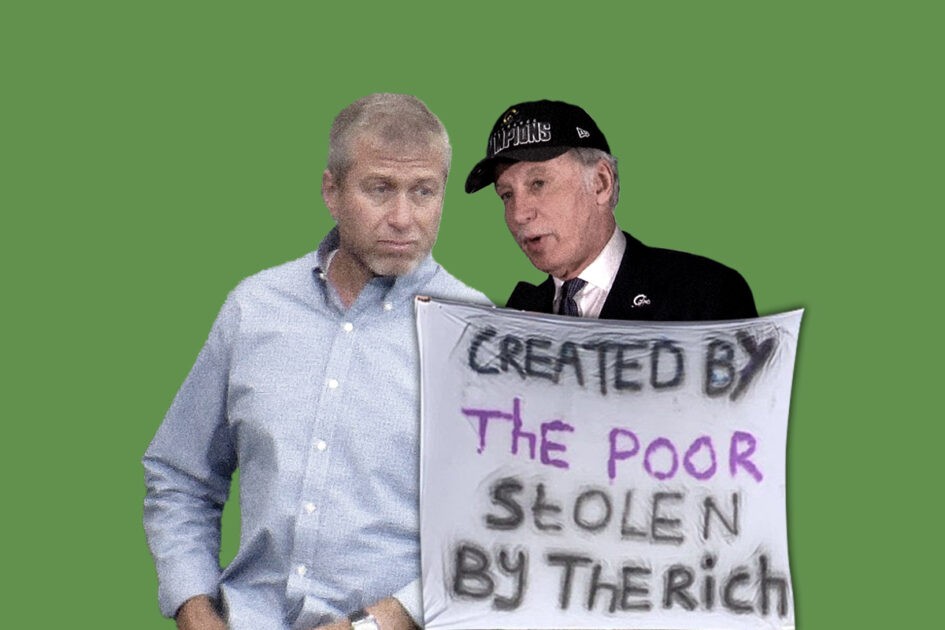 The first fixture of Sky Sports’ ‘Super Sunday’ coverage last weekend saw Chelsea welcome the newly-rich Newcastle United to Stamford Bridge. The game itself ended 1-0 to the hosts, and was full of controversy.

Chelsea’s Kai Havertz was lucky not to be sent off just before half-time after elbowing Newcastle’s Dan Burn, leaving the 6’7” defender needing stitches. This was followed by both the referee and VAR (video assistant referee) failing to award Newcastle a stonewall penalty midway through the second half, after Jacob Murphy was pulled down in the box.

Chelsea’s owner, the infamous oligarch Roman Abramovich, had days earlier been sanctioned by the UK government in response to the Russian invasion of Ukraine.

Saudi Arabia, meanwhile, whose Public Investment Fund (PIF) are 80% owners of Newcastle United, had executed 81 people the day before the game. At the same time, the murderous regime continues to wage a barbaric and vicious imperialist war in Yemen.

The clash was therefore fairly dubbed “the game of shame” by some sections of the media. 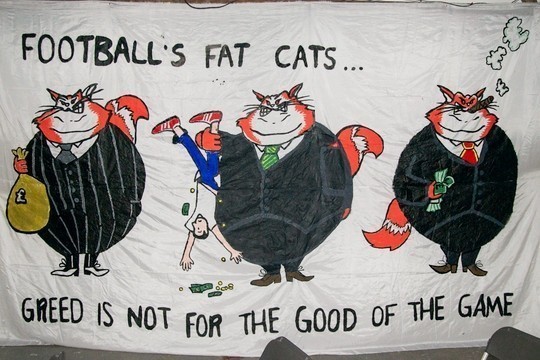 What this moniker misses, however, is that each and every one of the Premier League’s 380 annual fixtures is a game of shame in its own right.

Far from being uniquely despicable, Abramovich and PIF fit right in with the rogues gallery that is the Premier League owners’ club.

This is most clearly illustrated by the fact that Manchester City are majority-owned by the Deputy Prime Minister of the United Arab Emirates (UAE), a country who are also guilty of waging war on Yemen and many of the same human rights abuses as the Saudi regime.

10% of Manchester City is also held by CITIC Group, an investment company owned by the same Chinese state that is responsible for the oppression of Uyghurs in Xinjiang.

But it’s not just foreign owners who are implicated in support for aggressive wars either. British businessman Joe Lewis, the majority owner of Tottenham Hotspur, reportedly hosts 8,000-10,000 IDF soldiers at his Argentinian estate each summer. This estate encompasses the Lago Escondido, a lake sacred to the indigenous Mapuche, whose access to the area is completely restricted.

Beyond warmongers, there is an array of good old-fashioned immoral capitalists amongst the owners of Premier League clubs.

Filthy-rich gentlemen such as Arsenal owner Stan Kroenke and Aston Villa co-owner Nasseff Sawiris, for example, are guilty of enriching themselves at the expense of the public.

Kroenke, a property developer, became rich after marrying into the Walton family (the billionaire owners of WalMart). His property development company existed in a symbiotic relationship with WalMart, with Kroenke often being both the landlord of WalMart and a company director.

A portion of the tax break Kroenke’s property developments received – $54 million, to be precise – went towards WalMart stores, who are renowned for paying poverty wages, which are then topped up by the American state with food stamps.

Kroenke, in other words, has enriched himself via handouts and subsidies from the government, while ordinary Americans pay through the roof for health insurance.

Businessman Sawiris, meanwhile, unsatisfied with being the second richest person on the African continent, sought to enrich himself further through tax evasion in his native Egypt. For this, he was given a three-year jail sentence, which was eventually dropped after an agreement with the government was reached. 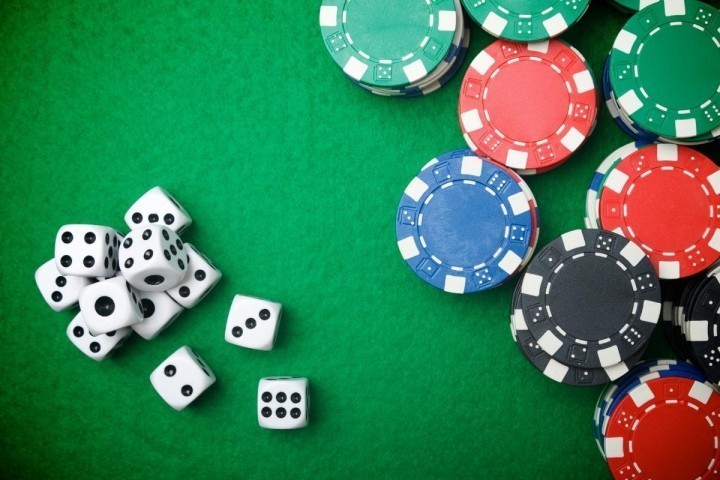 Research from 2019 suggests that some people who watch football are unable to watch a game without making multiple bets. Other data shows that 1.4 million adults and 55,000 children are addicted to gambling, directly causing 250-650 suicides each year in Britain.

This is without quantifying the effect gambling can have on families and relationships, with some evidence suggesting that domestic abuse is linked to gambling problems.

Wes Edens of Aston Villa and Everton’s Farhad Moshiri have both made money from investing in fossil fuels.

Crystal Palace co-owner David Blitzer, meanwhile, is a senior executive at Blackstone: a giant investment firm who – amongst their various dodgy dealings and misdemeanours – have poured money into companies responsible for deforestation in the Amazon.

The bottom line is that, in order to amass enough money to own a Premier League club, you have to cheat, scam, steal, exploit, and generally cause misery for others. There isn’t a single clean penny in the entire Premier League.

The government is quite right in saying that Roman Abramovich isn’t fit to own a football club. But we need to be clear: he isn’t being targeted by the Tories because he’s a crook or criminal. If this was the case, the club – along with many others – would have been seized long ago!

Instead, the Chelsea owner is being targeted because he’s Russian – and the Western imperialists are currently looking to crush Russian capitalism through their programme of devastating sanctions.

When ordinary people face misery because of gambling, climate change, poverty wages, sexism, racism, and even war, it seems that the British establishment are more than happy to look the other way.

But when the ruling class’ interests are threatened, and the opportunity to score an easy goal arises in their elaborate game of geopolitical football, then they’re more than happy to step in. 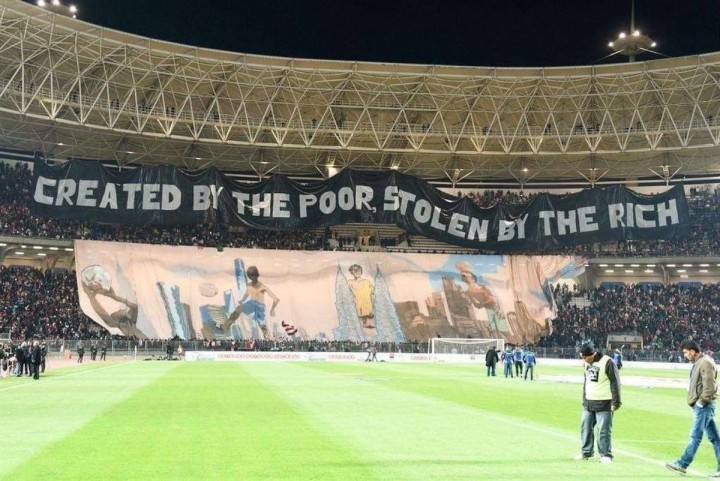 The clash between Chelsea and Newcastle has led to a flurry of opinion pieces and discussion on social media around the need to rethink who can own a football club.

Even the Premier League – whose only objection to the PIF takeover of Newcastle was to do with property rights, and not human rights – are looking to introduce an independent panel to scrutinise the sale of clubs.

These recent events have also led to the government doubling down on its commitment to introduce legislation that will create an independent regulator responsible for evaluating prospective owners.

This is seen by many as the solution to unethical club ownership. But it is not a silver bullet. After all, at the end of the day, all of these owners are seen as ‘fit and proper’ from the perspective of capitalism.

Within days of the ‘game of shame’, for example, Boris Johnson was on a plane to Saudi Arabia in order to beg for cheap oil supplies for the UK.

Similarly, PIF, alongside its stake in Newcastle United, has (or previously had) stakes in notoriously-exploitative companies such as Disney, Facebook, Uber, BP, EA, and Marriott.

Unless we kick capitalism out of football, billionaires, oligarchs, and kleptocrats will continue to buy up clubs in order to turn a profit, or to use as an expensive toy.

The only solution to the problem of dirty money spoiling the ‘beautiful game’ is to place ownership and control of these clubs in the hands of supporters, staff, and local communities.

Only then will clubs be run in the interests of fans, rather than being a vehicle for reprehensible fat-cats to clean up their reputations and launder their ill-gotten gains.

Why football matters in Algeria

Why Are Moderna’s Billionaires Airbrushing Scientists Out of the Vaccine Patent Picture?

Worshiping at the Altar of Billionaires

A Labor Movement to Challenge the Billionaires