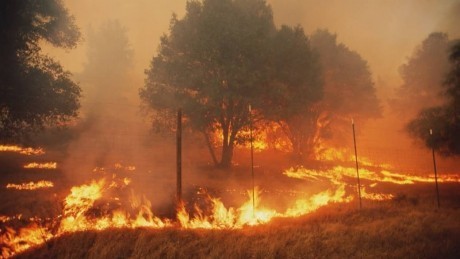 Shattering heat records in the BC interior, part of waves of scorching temperatures all down through the US states of the west coast, have resulted in 700 plus deaths. Dry conditions have resulted in out-of-control wildfires, resulting in the destruction of the town of Lytton. The risk of fire will be high again this summer throughout the BC interior and fires are already burning down the west coast of the US and in Ontario too. Crops have been devastated with alarming implications for food security. An estimated 1 billion sea creatures were killed by the soaring temperatures.

The Caribbean was battered by Hurricane Elsa, already the fifth named storm in the Atlantic in what could be a very busy hurricane season. Nearly half a million people are in danger of starving in Madagascar from drought, locusts and dust storms. Floods are devistating western Europe. The temperature in Verkhoyansk, Siberia reached 48 degrees Celsius in June. Canada is warming at twice the rate of the rest of the world, with the Inuit people of the arctic impacted the most. The climate crisis is not in the future; it is here and now and all around us.

Yet corporations and governments continue to throw fuel on the fire. The Trudeau Liberals and the Tory government in Alberta have spent $23 billion on pipelines. And Canada has a real problem with it’s addiction to the profits from oil – production increased from 2.8 million barrels per day in 2008 to 4.3 million in 2019, a 150% rise.

John Horgan’s BC NDP government is continuing to push old growth logging and the construction of pipelines to the west coast, both of which further encroach on Indigenous sovereignty, devastate marine and land ecologies and accelerate the climate crisis.

In Alberta, the reckless investment of $7 billion in the now mothballed Keystone XL pipeline by Jason Kenney’s Tory government has them over the barrel, and they now want to cut nurse’s wages so they can pay for it. The Alberta Investment Management Company (AIMCO), the home of many Alberta workers’ pensions, is also heavily invested in the CGL pipeline being constructed on Wet’suwet’en land.

And the Doug Ford Ontario Tory government has used the lockdown period to ram through legislation to gut Indigenous programs and open protected conservation areas for development, continuing their denial of the climate crisis.

Trudeau’s “climate plan” revolves around a carbon tax that is failing to lower emissions. He is instead allocating money to “clean” technology, “clean” energy and “clean” fuels. These “clean” categories muddle the difference between zero-carbon technology, lower-carbon technology and oil industry pipedreams like carbon capture and storage that provide cover for continued fossil fuel subsidies. According to the plan, revenues from the operation of the TMX pipeline will fund the transition we need to a “net zero” economy, but this would require the flow of tar sands oil to continue for decades more, with the accompanying carbon emissions.

No mainstream party has a plan that is bold enough to solve this crisis. The plan we need would have to confront the oil industry, first by eliminating all subsidies and developing a plan to wind down ALL fossil fuel extraction as quickly as possible. It would have to develop and expand the production of zero carbon energy production, transportation, and for general use. We need a plan that isn’t driven by profit, but that is centred on human need while working to transition to a society that maintains a sustainable metabolic interchange with the natural world.

Repeated attempts to transform the NDP through the Leap Manifesto and the Pact for the Green New Deal were not taken up by the party bureaucrats and the parliamentary wing, despite massive support and excitement in riding associations across the country. These  proposals attempted to create a common framework for struggles around climate issues, Indigenous sovereignty and workers’ rights.

The #JustRecovery campaign has a similar framework. It remains to be seen whether it will be taken up by the NDP seriously or not – history suggests it will not.

Some have proposed that the Greens and NDP merge in a climate alliance, but it’s hard to see how merging the lacklustre climate plans of these parties would result in a party that could make a difference.

The political force that could make a difference is the climate justice movement. It is a movement that is building links between Indigenous land defense struggles, climate strikes, XR-type direct actions and workers’ climate struggles.

More and more climate activists are identifying that it’s the capitalist system that is driving the crisis and many are demanding system change. The theme for the next global climate strike on September 24, 2021 is #UprootTheSystem. The Indigenous-led Fairy Creek blockade on so-called Vancouver Island shows that commitment of people of all ages to defending the land and the effectiveness of direct action in the context of a mass movement. These Indigenous reclamations of their territory will likely increase, given the anger felt in many communities with the confirmation of residential “school” genocide. Continuing to support these struggles is crucial for moving forward.

Demands on the state are an important part of climate activism because government legislation, policies and programs are needed to transform our societies. But our governments have not reacted appropriately to these demands for a radical shift – Trudeau, after all, put the TMX pipeline at the centre of his plan rather than funding a transition from fossil fuels. How can our governments be forced to take real climate action?

It is important to understand the dynamics of the system of capitalism. Individual capitals exploit labour to generate profits at the point of production, where raw materials appropriated from Indigenous land are formed into commodities and sold on the market. The profits generated provide the basis for competitive capital accumulation, the ultimate goal of the system. Capitalist states such as Canada are not neutral in this process and seek to manage accumulation for the nation as a whole, including enforcing the removal of Indigenous peoples from the path of development. Over time, Canadian settler colonial capitalism has become captured by powerful and influential fossil fuel companies that have been able to dictate policies to allow more oil extraction even as climate scientists worldwide have raised the alarm about dire consequences. Even the usually conservative International Energy Agency has urged no new oil and gas development after starting in 2022 to meet climate targets.

But fossil fuel energy is a key component of capital accumulation, both through the commodities themselves, and the power and flexibility they give the boss in the production process. Renewables aren’t as profitable and have the disadvantage for the boss of lacking the portability of fossil fuel energy, fixing energy production in particular locations. Quite simply, those who oversee the management of Canadian capitalism can’t see how they can make the transition and continue to profit at the rate to which they’ve been accustomed.

Companies must make their profits now in order to continue existing as a viable economic entity in the future. Investments that have already been made in roads and oil and gas infrastructure (including pipelines) will be stranded for a loss if a transition is embarked upon.

For this reason we can’t simply make demands on companies and state and expect them to follow through in good faith. The profit motive gets in the way. Climate activists should still make those demands, but do so in such a way as to challenge workers in the public service and in high carbon intensive industries to pressure their boss to take real climate action. In doing so, workers can be inspired to take collective action at the point of production to halt the destructive process of capital accumulation.

XR activists in Sydney Australia earlier this year blockaded fuel-oil exports, calling for a just transition to renewable energy. By engaging the workers as potential allies in the struggle, they elicited a response from the Sydney Maritime Union of Australia branch that agreed with the need to shut down the madness of fuel oil exports while Australia burns.

In settler colonial contexts, the capitalist system is vulnerable at two points: where Indigenous land defenders assert their sovereignty in the path of development and prevent the appropriation of resources from their land, and at the point of production where labour power is exploited to produce profit, the engine of the system. By supporting Indigenous struggles on the one hand, and challenging workers to fight collectively for the climate against their own boss on the other, climate activists can strike at the vulnerabilities of the system.

The struggles of Indigenous people, climate justice activists and the working class are bound together because they ultimately target capitalism and provide hope that this criminal and destructive system can be overturned.