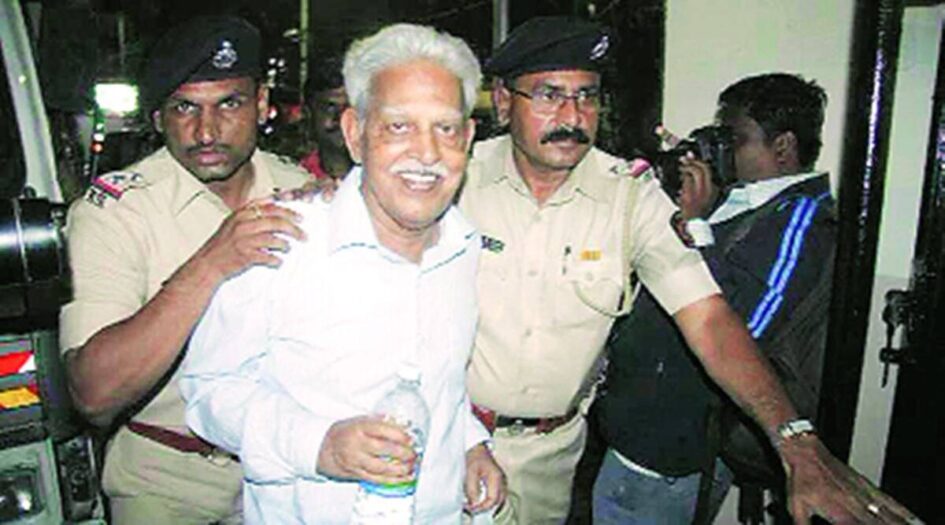 Mumbai, September 6, 2021: The Bombay High Court on Monday extended the interim medical bail of Telugu poet and political prisoner Varavara Rao (81) till September 24. It posted the matter for hearing on September 27.

Mr. Rao, an accused in the Bhima Koregaon case, was granted the bail on February 22 for six months on a cash bond of ₹ 50,000 by a Division Bench of justices S.S. Shinde and Manish Pitale. However, due to a delay in obtaining a solvency certificate, he was released on March 6. From then on, he has been residing with his wife P. Hemalatha at Malad East. The bail expired on September 5.

Senior advocate Anand Grover, appearing for Mr. Rao, informed a Division Bench of Justices Shinde and N.J. Jamadar that Mr. Rao was living in a rented flat with his wife. His plea urged the court to allow him to reside in Hyderabad with his family instead of Mumbai.

The National Investigation Agency (NIA), which is probing the case, filed an affidavit that read, “The Taloja jail authorities have been following the jail code and providing the best medical facilities as per jail manual. The surgery for cataract and hernia can be done in judicial custody under the supervision of doctors of government hospitals at Mumbai and there is no need for an extension of medical bail.”

Mr. Rao seeks an extension on the grounds that he takes 13 medicines daily for neurological problems, cholesterol, blood pressure, prostate, acidity, gastroesophageal reflux, constipation, cardiac issues and pain relief. He has been suffering from constant headaches, known as cluster headaches and needs further examination and constant supervision. A neurologist at Jaslok Hospital said he has asymptomatic Parkinson’s ailment and has retention problems, movement disorders with tremors and gait instability.