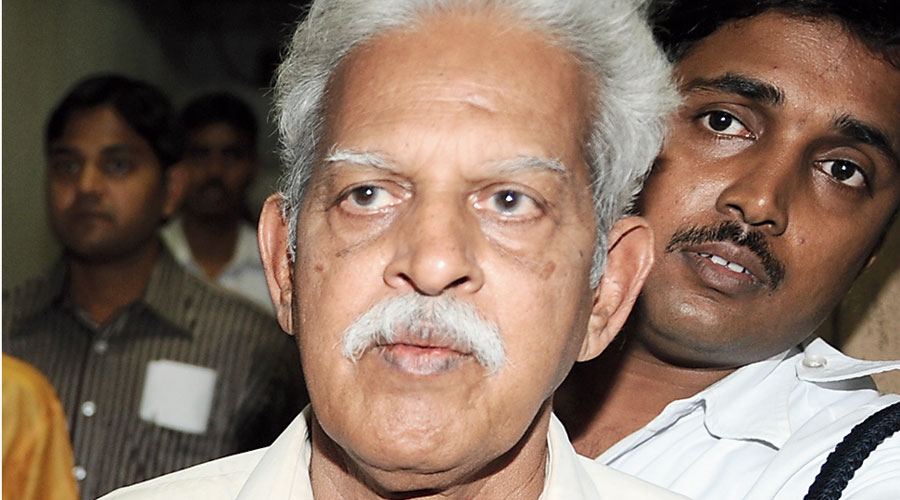 Mumbai, September 24, 2021: The Bombay High Court on Friday extended by two weeks the time to surrender for Elgaar Parishad accused Varavara Rao, the Teulugu poet and political activist who has sought extension of his medical bail and permission to shift to his residence at Hyderabad citing ill health and high expenses in Mumbai.

Rao, arrested in the Elgaar Parishad case in 2018, was granted medical bail by the HC on February 22 for six months. The court had said he would have to either surrender or seek another extension based on his health condition after six months.

A division bench of Justice S S Shinde and Justice N J Jamadar on Friday could not hear Rao’s plea due to paucity of time. However, it extended till October 14 an earlier interim order which had extended the time to surrender till September 25.

Rao’s plea stated that the six-month period from his release ended on September 5 and he continues to suffer from various ailments that require treatment.

The petition further said that he has been residing in a rented flat in Mumbai, which along with other expenses makes it difficult to live in the city depending solely on his pension as income.

The HC in its order had set a condition that he could not leave the city. The petition sought modification of the condition seeking that he be allowed to return to his permanent home in Telangana. It added that he has followed all conditions set by the court.