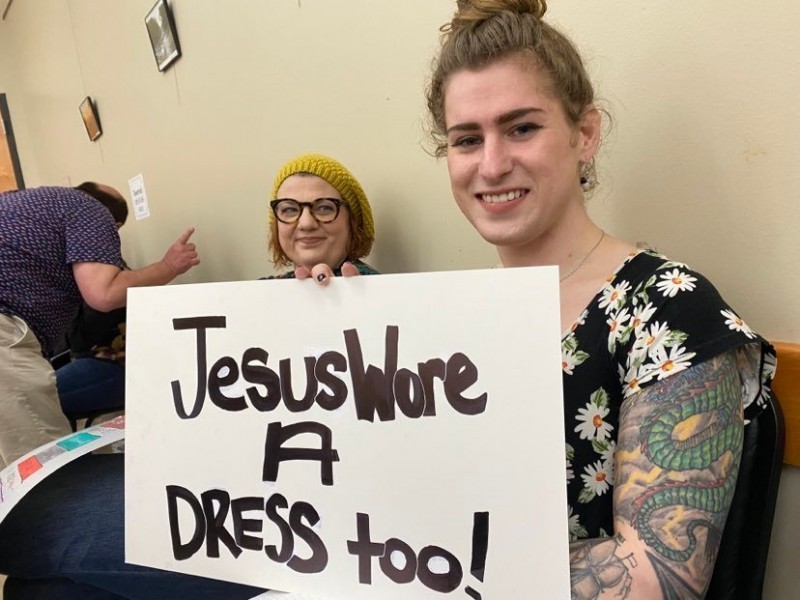 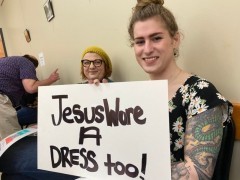 Activists wave signs at the Library Board of Control meeting.
(Fight Back! News/staff)

Alexandria, LA – On January 17, the Rapides Parish Library Board of Control tabled a library collections policy amendment that would ban LGBTQ-themed children’s books. Instead of either supporting or rejecting the motion, board members requested advisement from the attorney general. LGBTQ people and allies packed the meeting room, waved signs and submitted public comments in opposition.

The policy would have prohibited “materials containing obscenity, sexual content (including content regarding sexual orientation and gender identity) [sic], or any other material that is unsuitable for the children and teen collections.” Board members cited its vague language as their reasoning for deferment.

Natalie Elethorp, a seminarian opposed to the ban, asked during public comment, “The current policy allows people to report books. So why are we changing it?”

Library Board of Control member James Morgan proposed the amendment. Reading board meeting minutes, Rapides resident Loren Ryland pointed out that, before becoming a member, James Morgan “requested sections of the [library] policy be revised to remove restrictions against hate speech.” In September, Morgan obtained a fast-tracked appointment to the board. Ryland’s testimony continued, “All of these policies and the way that they’ve played out so far are extremely shady.”

Real Name Campaign, another LGBTQ rights group, delivered a public comment: “This is not about libraries, books, or kids. This is a part of a national coordinated attack to erase the gains of the LGBTQ movement.”

Amendment supporters include mega-church pastors and business owners. They’ve also pushed to defund parish libraries that voted down their proposals.

Despite many board members condemning the motion, the deferral threw James Morgan a bone. As the author, it was on him to write clearly. The board signaled that the right wing could get away with dog-whistling, bigoted policies.

The now-involved Louisiana Attorney General Jeff Landry is a leading far-right figurehead bent on raising his political profile. In November, he launched a “tip line” to submit complaints about library books. Earlier in his career, he refused to set up a tip line for survivors of clergy sexual abuse. Landry defended the state’s no-exceptions abortion ban in court, and plans to run for governor in 2024.

A staggering number of inmates have died in Louisiana prisons

Oil Companies Have Plundered Louisiana’s Coast. They Owe Us Reparations.